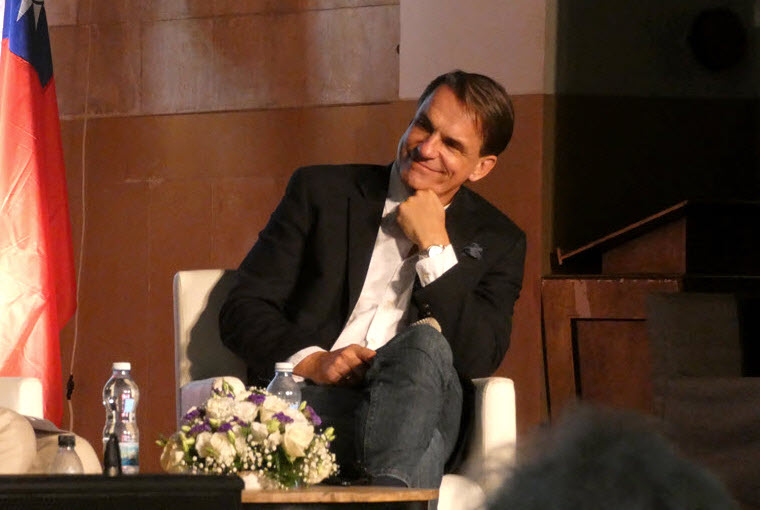 ‘Bestsellers Around the World’

In his message to Penguin Random House’s (PRH) worldwide staff, the company’s global CEO Markus Dohle thanks his colleagues for “bringing the world’s best books to readers.”

Commending the workforce for “a run of bestsellers around the world,” Dohle calls out a wide range of international success stories.

“Among the critical acclaim and international literary awards our authors received this year,” he writes, “are the Nobel Prizes for Literature and Economic Sciences, won by Olga Tokarczuk, and Abhijit Banerjee and Esther Duflo, respectively, as well as the UK Booker Prize for co-winners Margaret Atwood and Bernardine Evaristo, and Canada’s Scotiabank Giller Prize for Ian Williams.”

He also points to “many of our companies and territories” in which he sees “market-leading positions” being strengthened in shares and revenue.

“As one major priority, we long have focused on expanding our leadership in the children’s market,” Dohle writes, “and this year we acquired several thriving businesses that will help us do exactly that: the global publisher Little Tiger Group, the book-publishing assets of India’s Duckbill Books, and the intellectual property world rights for Eric Carle.

“Sourcebooks, the fastest-growing US independent publisher, in which we made a 45-percent investment, and Spain’s Salamandra, which we acquired in May, also have significant footprints in the children’s category.”

Perhaps an eye-opener to consumers who know only their own territory or country’s PRH, Dohle goes on to cite several significant, far-flung expansions from the year, writing, “”We have capitalized on a number of additional growth opportunities with the purchase of Catalan-language publisher La Campana Llibres in July.  We made our debut as a South East Asia publisher with the first list from Penguin Random House in Singapore,” based on the establishment of the new installation in October 2018.

“We increased our ownership stake in Brazil’s Companhia das Letras, and then they acquired Zahar in October.”

”Sheer Size Is Not a Competitive Advantage’

In what may be the most reflective of the interests you hear when you speak with Dohle about his work or listen to him in a stage presentation, he writes, “What is most notable about these acquisitions is that the founders and leaders of these companies wanted to become part of Penguin Random House because of our performance and our culture.

“What’s key to our success is leveraging our scale as a force for greater good and demonstrating to our authors that we can connect them to more readers than any other publisher.”Markus Dohle, Penguin Random House

“Since our earliest days as the world’s largest trade publisher, I have said that sheer size, in and of itself, is not a competitive advantage. Rather, what’s key to our success is leveraging our scale as a force for greater good and demonstrating to our authors that we can connect them to more readers than any other publisher.

“We all need to continue to be ambassadors of our unparalleled publishing, unmatched global reach, and first-in-class operations. And we want to embrace and leverage our unique role in the world as a force for good and a creative and entrepreneurial community of book lovers.”

What follows such international expansion, in many cases, of course, is acclaim in many markets.

“Public recognition of our purpose and culture was especially widespread in 2019: In the United States, Forbes named us among the top two of ‘America’s Best Midsize Employers’ for the second consecutive year, and in Canada, our colleagues were cited as one of ‘Greater Toronto’s Top Employers.’

“El Mundo, a national newspaper in Spain, described Grupo Editorial as the place where ‘everyone wants to work’ (everyone in Spain, not just everyone in publishing). And our companies in South Africa, India, and Australia/New Zealand were celebrated by their peers as publisher of the year.”

And in the “global local” strain of international work, Dohle concludes his holiday message to the staff, writing, “Let us continue to implement our local growth strategies—both organically, by publishing the very best and most successful books, and by welcoming new companies and their respective colleagues to our family of imprints around the world.”

Although there’s no mention of Brexit and its potential approach, Penguin Random House UK last week announced what may prove to be an asset in international business in a post-European Britain.

As reported by Heloise Wood at The Bookseller in London, PRH UK’s new rights-team structure for the adult trade has been devised “in order to drive international rights growth across its portfolio and ensure that it maximizes opportunities for authors.”

Effective on January 2, Wood writes, the team will represent each of the publishing houses in Vauxhall Bridge Road and Embassy Gardens after the move to the latter location, which is to start in April.

One rights group “is to represent Ebury, Cornerstone, Penguin General, and Penguin Press, and another group for Transworld, Michael Joseph and Vintage,” Wood reports. The children’s rights team was restructured last year.

In making the change, the company is growing its rights team from 23 to 25 staffers.

And in a statement quoted by The Bookseller, PRH UK outlines its rationale this way: “By moving to a more adaptable, entrepreneurial structure, Penguin Random House wants to create a stronger and more strategic platform to explore the best rights opportunities on behalf of its authors and unlock growth potential. … Included within this is the creation of a new specialized illustrated books rights team and a new role for a dedicated in-house media and entertainment specialist (for whom the team will be recruiting in due course), both of which will work across the breadth of Penguin Random House.”

More from Publishing Perspectives on Penguin Random House is here.  More from us on international publishing is here, more on the UK market is here, and more on rights is here.