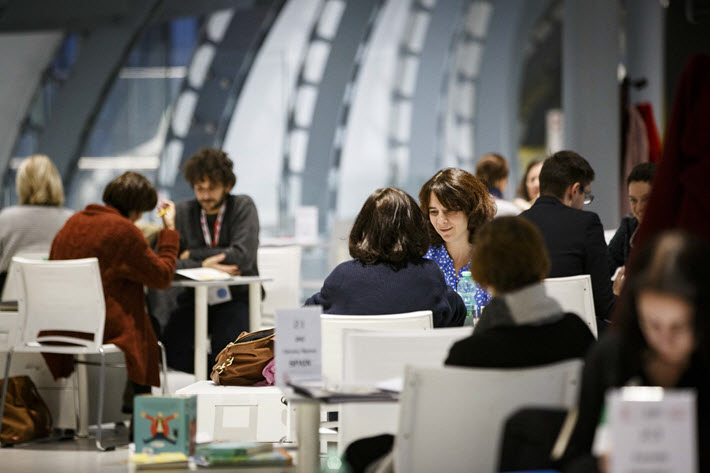 Co-edition publishing is on the rise in Italy this year, as is the number of foreign rights Italian publishers have sold abroad, according to a new report from the Associazione Italiana Editori. 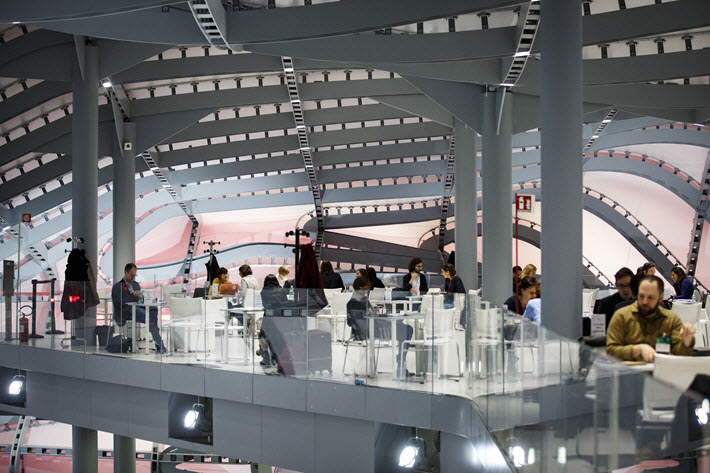 One of the most visually dramatic locations for international rights trading, meetings are going on this week in Rome’s ‘Cloud’ convention center during the ‘Più libri più liberi’ event, Italy’s National Fair of Small and Medium Publishing. Image: AIE

In terms of the number of foreign rights Italian publishers bought, the association’s annual Osservatorio dell’Associazione, from which figures have been provided to Publishing Perspectives, cites an uptick of 3.1 percent over such purchases in 2018, coming in at 9,648 rights buys.

The Italian market, in other words, is buying more foreign rights than it sells, but its sales of Italy’s books are rising at more than twice the rate of the buys.

In terms of genre, the Observation reports a similar picture to 2018. Taken together, children’s books, YA, and fiction accounted for 64.3 percent of sales, but content for younger readers suffered a very slight setback—38 percent instead of 39 percent—while fiction had a similarly small advance of 26.3 percent over last year’s 25.4 percent.

Small publishers, the association reports, are continuing to buy more than they sell in the world industry. Virtually half—49.5 percent—of the rights purchased are being bought by small- and medium-sized publishers, who account for 23.8 percent of the rights sold overseas.

Co-editions produced in mutual agreements with international publishers seem to be rising in popularity as a strategy. This year, the association counted 2,987 co-edition transactions entered by Italian and offshore publishers, a big increase of 42.6 percent over 2018. Much of this (65.6 percent) is happening in children’s books and YA. Illustrated books accounted for 18.7 percent of such co-editions, nonfiction for 12.1 percent. In this area, adult fiction has seen a decline, however, from 7.2 percent in 2016 to 2.4 percent this year. 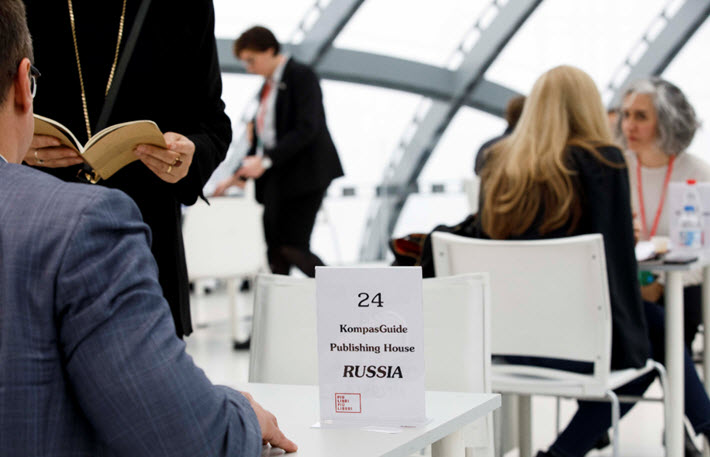 As Publishing Perspectives readers know, Frankfurter Buchmesse will welcome Guest of Honor Italy in 2023, and the market seems to be especially attuned to its participation in international fairs and exhibitions as a driver for overseas sales. The association says it sees upticks in sales wherever it has a collective stand.

Europe reportedly is still Italy’s main market for Italian rights sales, accounting for 64.2 percent of the total. Asian buys, however, jumped this year to 26.3 percent over last year’s 14.3 percent. And declines were seen in:

In terms of European sales, a breakdown of notable action includes:

Having been guest of honor market at the Moscow Nonfiction International Book Fair this year, Italy saw a 169-percent increase in sales to Russia over those of 2018, this year’s transactions accounting for 7 percent of the country’s international rights sales.

In a statement accompanying the report today, the AIE says, “This survey confirms that internationalization is a process that benefits all sectors” of the Italian market, “from our large groups to medium- and small-sized publishers.

“At international fairs, we see continued growth in the presence of small publishers,” bringing welcome energy, diversity, and range to the Italian industry’s offer.

The association notes a helpful collaboration with such institutional partners as the Italian Trade Agency in terms of promotion and support for internationalization.

More of Publishing Perspectives’ coverage of the Italian market is here. More on international rights and translation is here, and more on the Frankfurter Buchmesse’s Guest of Honor program is here.