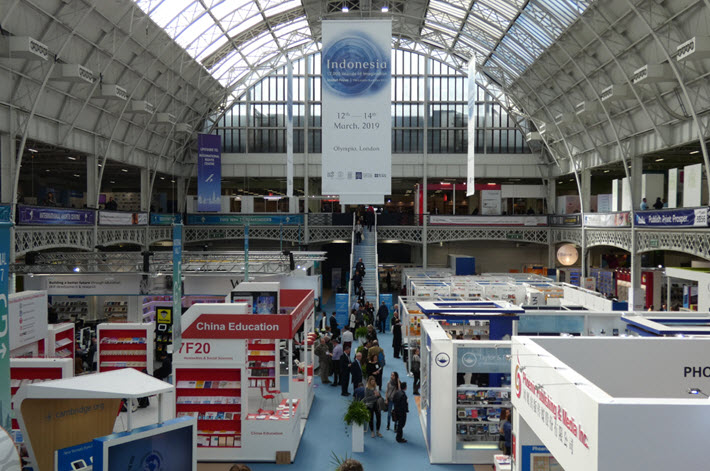 Registration is open for London Book Fair’s third Writers’ Summit programming for authors on March 10, the opening day of the 2020 fair. Author HQ programming is included.

Evans: ‘The Business of Writing and Publishing’

For a third year, London Book Fair has announced a return of its Writers’ Summit programming in the 2020 fair, which runs March 10 to 12 again at the Olympia London complex.

Registration has opened, with early bird pricing starting at £149 (US$192.40), which includes VAT, a “literary lunch” hosted by author Louise Ross (who writes as LJ Ross), and three days’ admission to the fair itself.

Among the key English-language market trade shows, Reed Exhibitions’ show in London under Jacks Thomas’ direction has been the most aggressive and successful in addressing issues of independent and aspirational authors. Industry-facing events have struggled in some cases to integrate the interests and needs of authors not presented by publishers into their programming, which is necessarily focused on the trade.

Beginning with its “Author Lounge” programming in 2013 at the Earls Court location, London Book Fair’s programming for authors has steadily been refined and expanded, and has been strongly supported by many of the UK’s extensive self-publishing community members. The most recent evocation of the “lounge” concept is called Author HQ and that programming is to return this year. Writers’ Summit registrants have access to all Author HQ sessions on Tuesday afternoon (March 10), as well as on Wednesday and Thursday of fair week.

Among speakers announced at this early date for the program are Prolifico’s Bec Evans, the program’s chair; Empowered Author’s Sam Missingham (her site was formerly Lounge Marketing); and longtime publishing consultant Alison Jones.

The specific Writers’ Summit programming is concentrated into the opening day, March 10, from 9 a.m. to 2:30 p.m., and will be set in the Olympia Pergola facility.

In a prepared statement, Orna O’Brien, conference manager for London Book Fair, is quoted, saying, “Writers have more opportunities to get their work published than ever before, but publishing your own work needs networks and expertise.

“The Writers’ Summit provides these in spades and it means attendees will not only benefit from the conference but all the professional opportunities of the Insights Program within London Book Fair itself.”

The Insights seminars, also programmed by O’Brien and her team, are the issue- and topic-driven sessions—numbering more than 200 in the course of the fair—that ring the exhibition floor throughout the run of the fair.

Evans is also quoted, saying, “London Book Fair has been instrumental in my career in publishing and, as a writer, it has a special place in my heart. I met my agent at the fair, and the following year pitched my book to publishers, one of which I signed with.

“I encourage writers who are keen to learn, develop their craft, and grow their network to attend. It’s a great forum to meet peers, agents, publishers, to learn about the business of writing and publishing, get advice on everything from editorial to marketing, and get a shot of inspiration to keep going.”

Registration details for the Writers’ Summit and other elements of London Book Fair is here.

In programming news from London for trade visitors, the fair will not stage its Quantum conference on London Book Fair Monday this year, O’Brien tells Publishing Perspectives.

As we reported in April, the United Arab Emirates’ Sharjah has been named the international Market Focus for the 2020 London Book Fair. 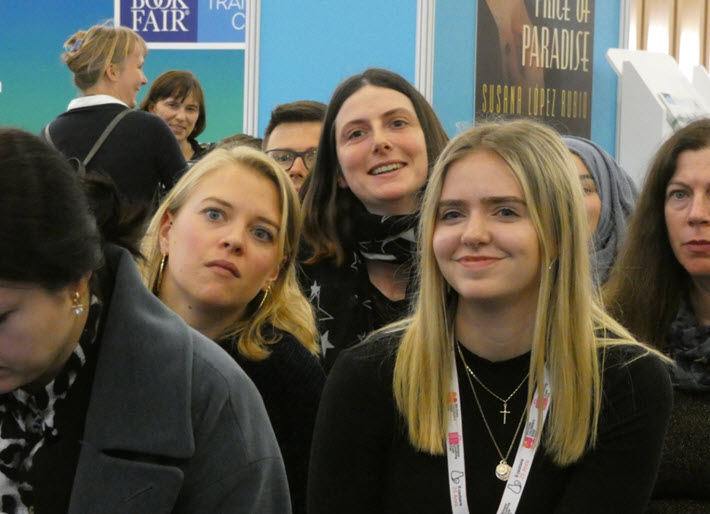 As preparations for London Book Fair go forward, its producer, Reed Exhibitions, has announced today (December 2) that it has completed its full ownership of three events in India. These events previously were held and produced as a 50-50 venture with Inter Ads-Brooks, and they remind us that Reed handles much more than publishing-related events.

The programs involved are:

Gregory Zaraisky, CEO of Reed Exhibitions India, is quoted in the announcement, saying, “Having visited ExpoRail, Fastener Fair, and Blech India earlier this year, I … look forward to seeing all events thrive from our teams’ accumulated and significant knowledge and expertise within respective industry sectors.”

More from Publishing Perspectives on London Book Fair is here, and more from us on authors is here. More on the UK market is here and more in our Industry Notes series is here.