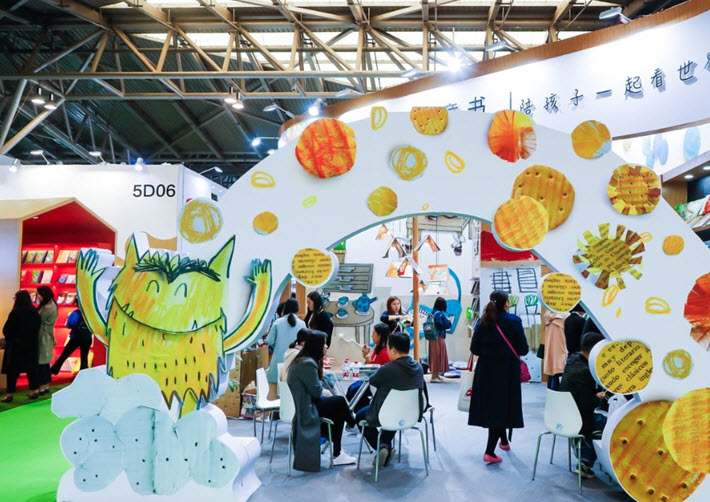 In a wrap-up report, organizers of the 2019 China Shanghai International Children’s Book Fair say that 1,498 rights trade agreements were made during the fair.

With a final tally of 418 exhibitors, the seventh China Shanghai International Children’s Book Fair is reported by BolognaFiere—which co-produces the event with BFChina—to have covered 25,000 square meters at its site in the Shanghai World Expo Exhibition Convention Centre in mid-November.

BolognaFiere says that there were 186 exhibitors from outside China and 57 overseas guests. Geographically, the attendance drew from 32 countries and territories.

All told, the headcount for attendance is reported at 40,987 visitors, 16,145 of them professional (trade) attendees.

Although it’s unclear how the reporting of this figure is created—this is listed as a preliminary data point—the BolognaFiere offices are citing 1,498 rights trade agreements made during the fair in November between Chinese and international parties.

During the fair, organizers tell us, agreements of “intention” were reached for 105 projects importing books into China and 31 export projects, taking Chinese books into other markets. These agreements appear to be memoranda of understanding.

The publishing house known as CITIC—with a dedicated program of “telling good Chinese stories” to international readers—has arranged some 80 such rights agreements, the show’s organizers say, and much of the company’s work was seen at the fair.

Analytical Assessments of the 2019 Market 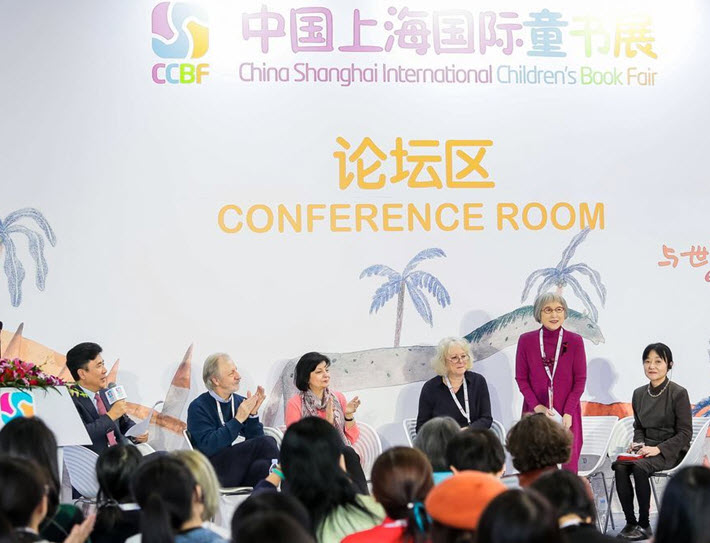 Beijing OpenBook—with which Publishing Perspectives partners for our monthly China bestseller reports—provided analysis during the Shanghai fair on children’s book retail in China for this year through September.

In that information, OpenBook indicated that China’s children’s book retail market continues to grow, increasing 17.2 percent year-over-year for the same period of time. This puts children’s work at some 26.05 percent of the overall market. In terms of the online and offline channels, OpenBook saw physical stores continuing to lose ground, suffering a negative growth rate, year-over-year of -6.55 percent. The online store growth rate increased slightly, in OpenBook’s analysis for the first half of 2019, coming in at 27.21 percent of overall market sales. 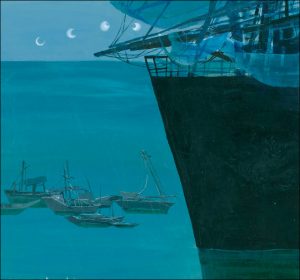 In audio, Chen Qlang, chief of operations management with Qingting, told trade visitors that China’s online audio subscribers grew by 22.1 percent in 2018, faster than the growth of the mobile video elements being tracked.

“The children’s audio market,” say fair organizers, “will lead an audio segmentation market. With the advent of 5G technology and a lower traffic fees, long videos will occupy more user time,” and audio is expected to gain further in that scenario.

Of course, as we pointed out during some of last week’s coverage of the FutureBook Live conference in the UK—one of the most avid of the world’s audio markets—Harris Interactive’s Lee Langford noted that audiobooks accounted for only 8 percent of the study’s total reading and listening time in the last year. This is close to the generally estimated proportion of the audiobook market in the States. For more on an international look at audiobook markets, see our report from Bologna in April on the Audio Publishers Association’s project in assessing world activity.

Another children’s book market assessment was offered to Shanghai attendees by the China South Media Industry Research program. Its “2019 Children’s Reading Industry Investment Report” suggested that the rise in China’s children’s population figures will continue. “Policy supervision” will be tighter, the report indicates,, resulting in adjustments to K-12 campus content. Business models based on technological advances are expected to proliferate while the reading public is thought to be becoming more aware of questions of intellectual property ownership and the value of highest quality content. 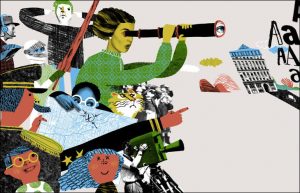 An interesting sociological assessment seems to have been included in research from Dangdang and iResearch, showing that 91.5 percent of parents surveyed in China said they were anxious about their children’s problems. Parent-child reading time is being emphasized as a good response to such concerns.

In the 2019 Golden Pinwheel Young Illustrators Competition, winners’ results released at Shanghai were:

In details of a broader international picture, BolognaFiere cites Nielsen Book figures that indicate children’s books selling a total 168 million copies in 2018 in countries in which Nielsen operates. In the UK, Nielsen Book’s home market, 63.4 million units in children’s book sales are cited, followed by Spain, Australia, and Italy, each with more than 25 million copies.

In Nielsen’s purview, Australia, New Zealand, and Spain are seeing more than 40 percent of their book markets going to children’s literature, with preschool enlightenment books and picture books weighing heavily in popularity.