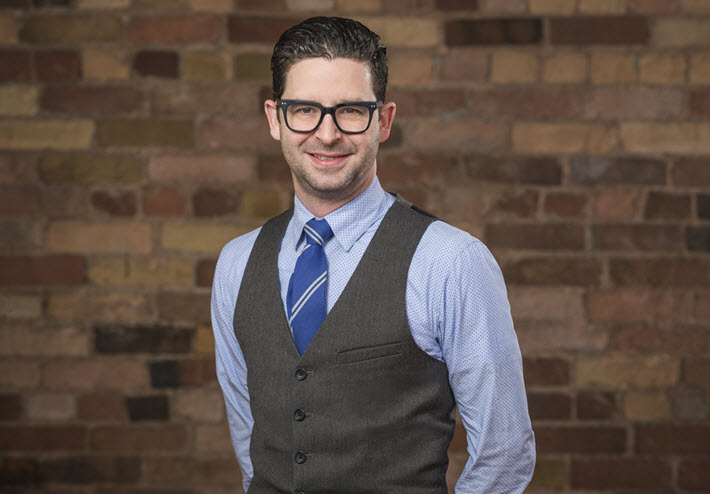 As streaming entertainment makes ‘all content global,’ says Wattpad’s Aron Levitz, the most successful studios will be the ones that listen to their audiences—in many languages.

‘In a World of Streaming, All Content Is Global’

Start with what might not go well in the future for Wattpad Studios, and its general manager, Aron Levitz, has an interesting answer: minds made up about what they want to see on a screen.

“A lot of studios say, ‘I like this. This is what I like,” Levitz says. “And that becomes the important question in the room”–what has an executive already decided she or he wants?

Since the spring of 2016 when Levitz was brought in to lead the words-to-screen development arm of Allen Lau and Ivan Yuen’s Wattpad in Toronto, the worldwide tally of active monthly users on the big reading-and-writing platform has grown from 45 million to more than 80 million.

And, as Publishing Perspectives readers know, Levitz and his team on December 4 announced a new six-episode series green-lighted by Mediacorp in Singapore, Slow Dancing by the writer Noelle N, who on Wattpad is followed as the author @Hepburnettes.

“The most amazing thing here is that while millennials have one understanding of content, Gen Z is coming in, still growing, giving us a look at what another generation wants.”Aron Levitz, Wattpad Studios

In most cases, these are first-look arrangements in which Wattpad uses its algorithmic search capabilities to surface workable tales from its hundreds of millions of writings which are uploaded by mostly amateur, mostly young, mostly female storytellers. What intrigues many producers and studios, of course, is the fact that millions of Wattpad readers can be tracked having read various stories at Wattpad, frequently voting their approval. Developed correctly, a piece can be expected to convert that existing readership to box-office traffic or series-binging fans.

Key productions so far include Anna Todd’s film After on which Levitz was a producer; Zoe Aarsen’s Light as a Feather, a Hulu series on which Wattpad’s LA-based content and production chief Eric Lehrman was an executive producer; and Beth Reekles’ The Kissing Booth.

Levitz and Lehrman will be producers on Slow Dancing, which is expected to air beginning in August.

”What Another Generation Wants’ 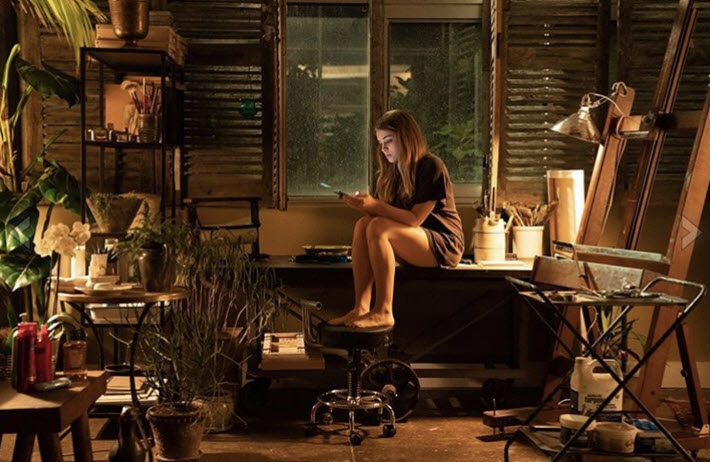 A promotional still with Josephine Langford, from the Aviron Pictures film of Anna Todd’s Wattpad-born ‘After’

In a wide-ranging year-end interview with Publishing Perspectives, Levitz says the perception that everything from Wattpad is a bad-boy romance is far less nuanced than he understands the platform’s content to be. “Our horror community,” he says, “may be the biggest in the world. But horror isn’t as big a genre as romance. We’re already quite diversified in our approach.”

The data points with which Wattpad can parse its stories as well as its writers’ and readers’ interactions, he says, offer studios and distributors an almost infinite set of content variables. “How we cut that data,” he says, “is the difference between seeing the biggest story that happened on a given day, or the fastest growing, or the fastest growing in a specific genre, or growing across a genre in two countries. There may be a great English-language horror that’s huge in Germany and Spain, perfect for a co-production.

“You’re not going to make decisions based on ‘Oh, well, a lot of people watched this, so we’ll do something similar.'”Aron Levitz, Wattpad Studios

“And in a world of streaming content, where all content is global,” he says, “that kind of understanding in crossing not only genre lines but also combining genres is what makes us unique. Most production companies will have one kind of content they’re really good at. What we do is we look at the audience and what they love, and then we find you the best on Wattpad.

“We will always support our core audience, which is 13-to-35-year-old women around the world,” Levitz says, delivering to screen developers Wattpad’s user-generated evidence of what that sector wants. He says he already can see signs of the central Wattpad user base maturing. “Our writers may have started writing when they were 16, but now they’re 21.” And in some cases, he says, you can detect some changing interests in such cases.

“But the most amazing thing here is that while millennials have one understanding of content, Gen Z is coming in, still growing, giving us a look at what another generation wants. We’re spanning a couple of generations, which makes it really, really interesting. And there’s nothing to stop us from looking at a 40+ demographic on Wattpad,” both to find stories from another generational stance, or to see how much content from the younger set is being read by users 40 and older, a trend well understood among YA publishers whose books have large adult readerships.

The Year Ahead, and Behind 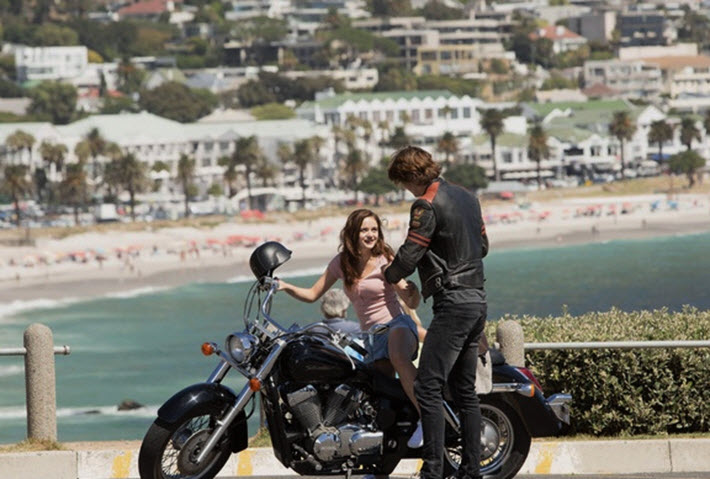 In broad predictions for 2020, Levitz says that the books-to-film / words-to-screen trends in visual storytelling will encounter three basic dynamics:

As regards that third point on interactive storytelling, because Wattpad is, at bottom, a tech company, its capabilities may be nimbler than those of other operations. Levitz points to Wattpad’s chat-story Tap app, launched in 2017. What might send a longform, immersive reading fan screaming into the night is a text fan’s delight.

And when the platform’s content and writer-relations chief Dani Zacarias looked at trends in 2019 storytelling, she distilled them to include:

That cross-influential trend Levitz is talking about was seen this year in such instances as the #Diversity tag’s use in horror going up 269 percent and #POC jumping by 152 percent in sci-fi.

‘To Understand the Audiences’ 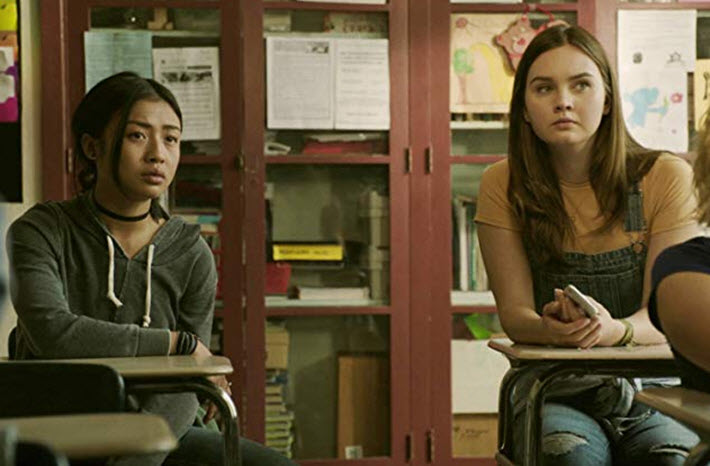 It’s a good moment, of course, to be gaining traction. Wattpad is a growing storytelling resource in an industry ramping up to fight content with content, in those streaming wars ahead.

“When you see all the hundreds of million-dollar market-cap companies diving into this game very quickly and very aggressively,” Levitz says, “you know there’s a shift coming.

“A lot of the media companies have started talking about user retention, things that Wattpad and tech platforms have talked about forever.”Aron Levitz, Wattpad Studios

“A lot of the media companies whose traditional metric was in how much advertising they could attract now have quickly shifted to how many users they have. They’ve started talking about user retention, things that Wattpad and tech platforms have talked about forever.”

What’s coming, then, as Levitz puts it, is not only a deepening and intensification of the on-demand field of visual storytelling across film and television, but also an inescapable need for the major players in the entertainment sector and its related industries “to understand the audiences and what’s going to keep them coming back. You’re not going to make decisions based on ‘Oh, well, a lot of people watched this, so we’ll do something similar.’

“At Wattpad,” Levitz says, “we’re going to be able to find new IP, new stories, and stay away from sequels” in a way that relies on the universality of a storytelling context like the platform on which his studio stands. Wattpad’s work is being written and read in more than 50 languages.

In short, Aron Levitz is banking on knowing what to take to audiences in many parts of the world, because his user-generated content comes from those audiences. And the studios he most looks forward to working with are the ones with those open minds, open to learning what those audiences are looking for next.

More from Publishing Perspectives on Wattpad is here, more from us on words to screen (“books to film”) is here. More of our year-end coverage is being compiled here.