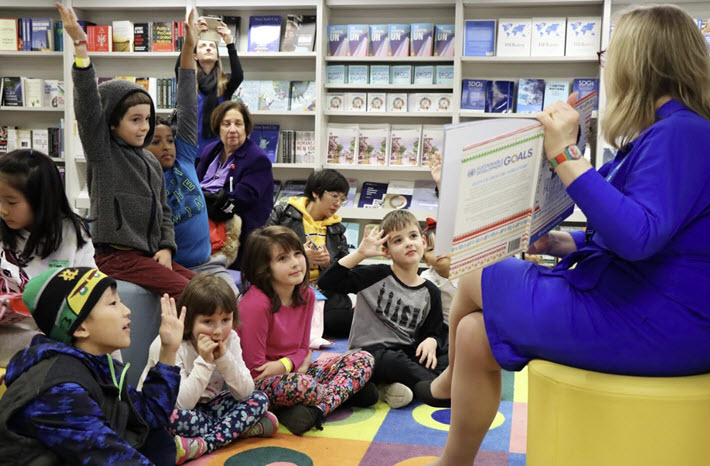 On UNICEF’s World Children’s Day, the IPA reminds international publishers that their children’s books can be part of the SDG Book Club.

A World Children’s Day reading with the SDG Book Club at the UN Bookshop. Image: IPA

A Call for World Publishers’ Participation

As Publishing Perspectives readers know, the International Publishers Association (IPA) established the SDG Book Club in September 2018 in association with the United Nations’ Outreach Division as a means of introducing young readers to the UN’s 17 Sustainable Development Goals.

At regular intervals, the club issues a curated reading list of titles that will encourage children and YA readers to engage with the goals. Six titles are designated each month, one in each of the official languages of the United Nations—Arabic, Chinese, English, French, Russian, and Spanish.

IPA’s offices in Geneva report that since its 2018 inception, the SDG Book Club has attracted more organizers including the International Board on Books for Young People (IBBY), the International Federation of Library Associations (IFLA) the European and International Booksellers Federation (EIBF), and the Bologna Children’s Book Fair, which held an event for the release of the book club’s first reading selection in April.

IPA is taking advantage of today’s (November 20) UNICEF’s World Children’s Day observances to remind publishers worldwide that they can put forward their young readers’ titles for the book club. A publishing house with books connected to one or more of the 17 goals can nominate the program by using this form and can stay in touch with the program through its regular newsletters.

And the books included so far in the program show terrific range and energy–and also room for many more titles. The archive of books associated with various goals so far is here. It includes books as famous as Nobel Peace Prize laureate Malala Yousafzai’s My Story of Standing Up for Girls’ Rights (Hachette Children’s Group) for the gender equality goal, and much less widely recognized books, such as The Lunch Thief  by Anne C. Bromley with illustrations by Robert Casilla (Tilbury House Publishers) for the “zero hunger” goal.

The program now is six goals in, and has fielded 110 books to date on poverty, hunger, health, education, gender equality, and clean water. Currently, the project is planned to run to September of next year. 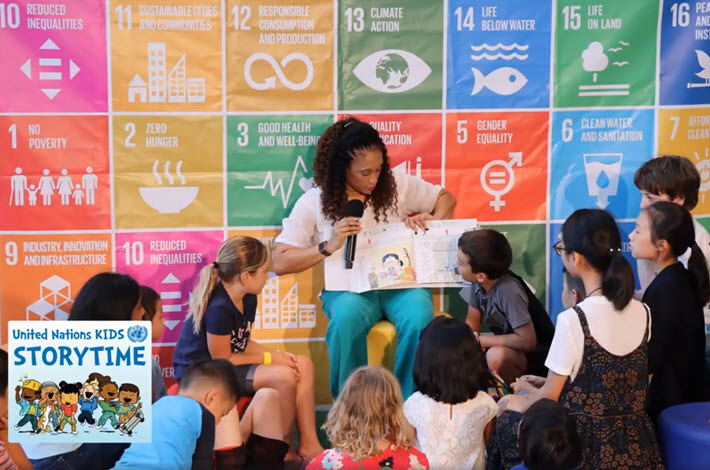 The UN Visitors Center’s United Nations Bookshop holds a weekly SDG Book Club “Storytime” event for kids, in which the club’s highlighted books for children aged 6 to 12 are featured. 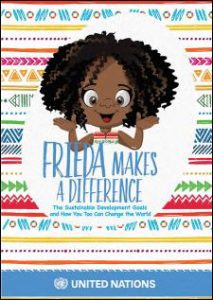 Frieda Makes a Difference: The Sustainable Development Goals and How You Too Can Change the World, published in August, tells a story in which young Frieda learns, “Everyone must work together to make the world much better for all.” The book is created by the UN DGC, the Department of Global Communications. Regrettably, we cannot find an author or illustrator credited for the book, surely an oversight.

At the time of the book club’s creation, Michiel Kolman of the Netherlands and Elsevier was president of the IPA. Now succeeded in that role by Mexico’s Hugo Setzer, Kolman has remained active with IPA as a special envoy in diversity and inclusivity.

In a World Children’s Day statement, Kolman is quoted, saying, “The SDG book club is an amazing opportunity for the publishing industry to showcase how we’re agents of change. I know we’re publishing great children books on the topics of sustainability, diversity, equality, and community.

“It’s time for publishers to showcase these contributions and the SDG book club is the perfect place to do so.” 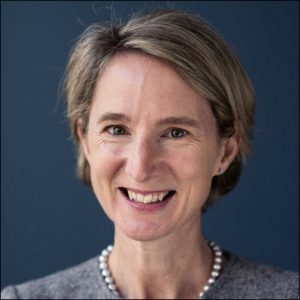 “By encouraging the support of the young, the SDG Book Club promises to make a strong contribution to achieving the Sustainable Development Goals in general, and specifically targets goals dealing with literacy and education.”

The Convention on the Rights of the Child

And as for World Children’s Day, UNICEF has placed special focus this year on the 30th anniversary of the Convention on the Rights of the Child, reportedly the most widely ratified human rights treaty in history.

As described by resource material–which includes a timeline on children’s rights efforts, the convention’s conceptualization in 1989 asserts that “children are not just objects who belong to their parents and for whom decisions are made, or adults in training. Rather, they are human beings and individuals with their own rights.”

The convention stipulates that childhood is separate from adulthood, and lasts until 18 as a “special, protected time,” in which children must be allowed to grow, learn, play, develop, and flourish with dignity.

Media messaging today is cautioning that despite the popularity of the convention in diplomatic circles, the accord’s goals are far from fulfilled:

The convention “is still not fully implemented or widely known and understood. Millions of children continue to suffer violations of their rights when they are denied adequate health care, nutrition, education, and protection from violence.

“Childhood continues to be cut short when children are forced to leave school, do hazardous work, get married, fight in wars, or are locked up in adult prisons.

“And global changes, like the rise of digital technology, environmental change, prolonged conflict, and mass migration are completely changing childhood. Today’s children face new threats to their rights, but they also have new opportunities to realize their rights.”

UNICEF World Children’s Day organizers have produced a very high-energy video to promote activities and observances internationally, and we’re embedding it for you here.

More from Publishing Perspectives on the SDG Book Club is here, more from us on the International Publishers Association is here, and on children’s literature is here.