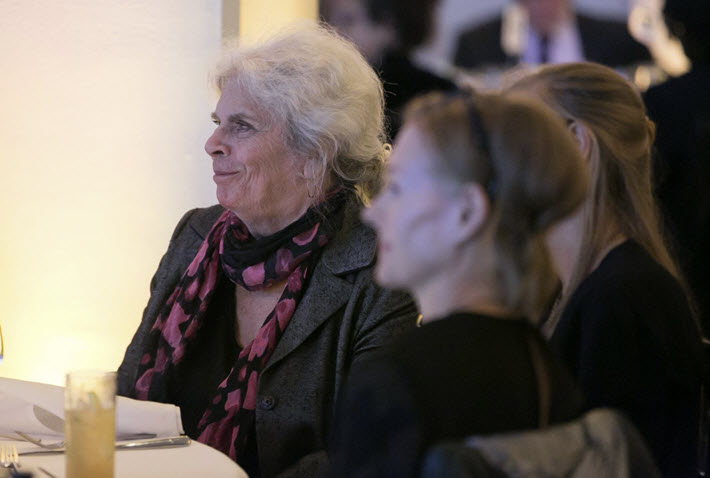 A gala celebrates the work of Spanish-to-English translator Edith Grossman in a month when ‘Words Without Borders’ has focused on Arabic humor. 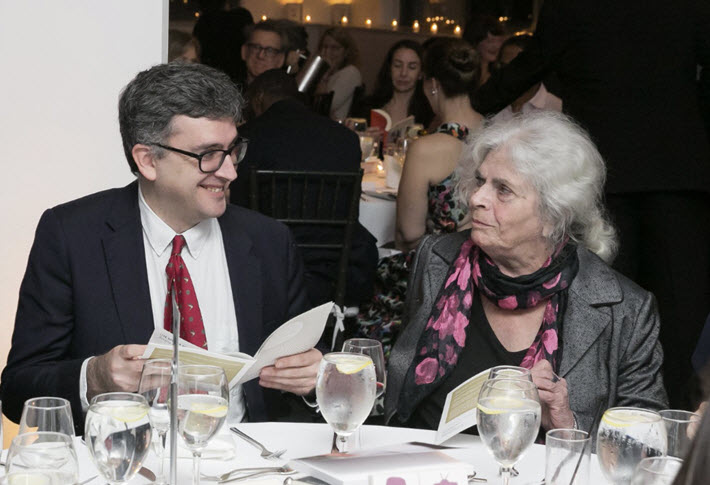 Translators Daniel Hahn and Edith Grossman talk at the 2019 Words Without Borders gala in which Grossman was honored with the Ottaway Award. Image: WWB, Beowulf Sheehan

As Publishing Perspectives readers will recall from our coverage of the September announcement, the nonprofit translation hub Words Without Borders—which produces the online magazine Words Without Borders, well known to Publishing Perspectives readers—named translator Edith Grossman the recipient of its 2019 Ottaway Award for the Promotion of International Literature.

The honor was conferred on Tuesday (October 29) at the organization’s annual fundraising gala at Tribeca Three Sixty in New York City, Words Without Borders’ annual fundraising event, this year reportedly raising nearly a third of the operations annual budget. The organization’s executive director, Karen Phillips, says the evening was attended by more than 200 people.

During the course of the event there were bilingual readings from Maaza Mengiste, Carmen Boullosa, and others, and UK-based Daniel Hahn was on hand to make the presentation to Grossman, a translator whose previous awards include the Officer’s Cross of the Order of Civil Merit, awarded by the Spain’s Felipe VI and a Guggenheim fellowship.

A specialist in Spanish to English, Grossman is a leader in translation of authors including Miguel de Cervantes, Gabriel García Márquez, and Mario Vargas Llosa, and won the Queen Sofía Spanish Institute Translation Prize in 2010. Her book is Why Translation Matters (Yale University Press, 2011), a collection of her essays.

Those readings on Tuesday evening included a passage from Mrs. Robinson at the Hotel Estoril with Xiaolu and translator Jeremy Tiang at the lectern. 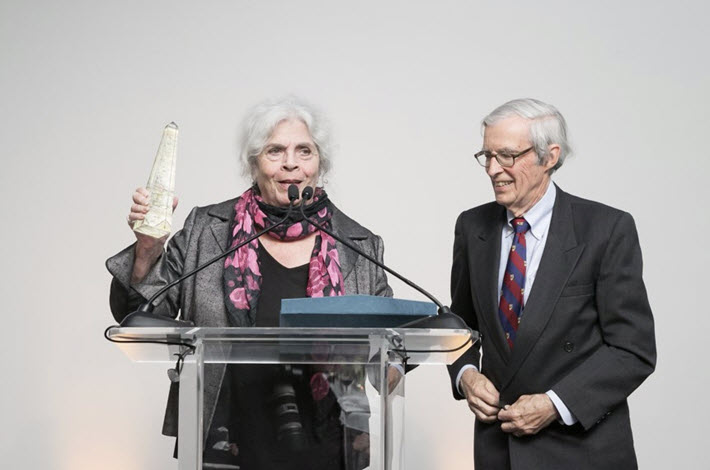 Working with Words Without Borders editorial director Susan Harris, Qualey, who is based in Morocco,  Qualey helped put across a compelling construct about the topic in her essay, “Warning: Arabic Humor, Makes Frequent Stops.”

“Humor has that paradoxical quality,” Qualey writes, “of being absolutely universal (or even more so, as chimpanzees also apparently appreciate a good joke) while also being deeply embedded in linguistic wordplay and sociocultural zeitgeist.

This is a constant challenge in translating.”

Excerpts Include ‘The Book of Stupid People’ 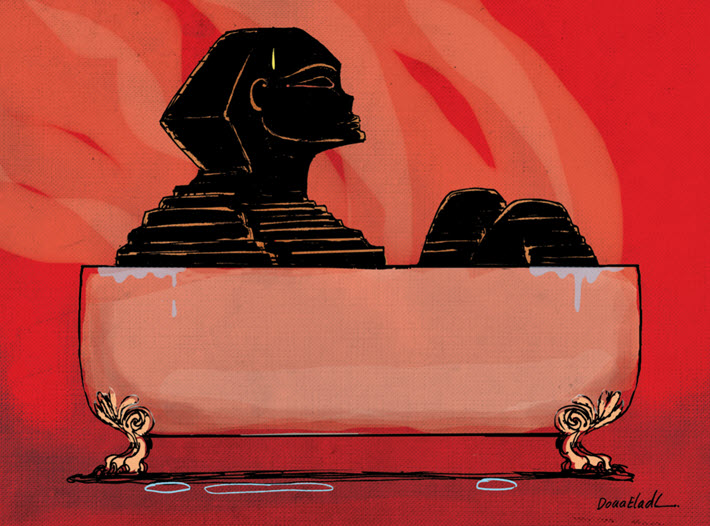 Her choices of writers to highlight include:

In a concluding note, Qualey writes, “Nearly all of the comedy in this issue sits on the razor’s edge between funny and tragic. Perhaps we are at a particularly funny-tragic moment in human history, or perhaps that is simply our human condition.”

You get to decide as you laugh your way through this collection of work. 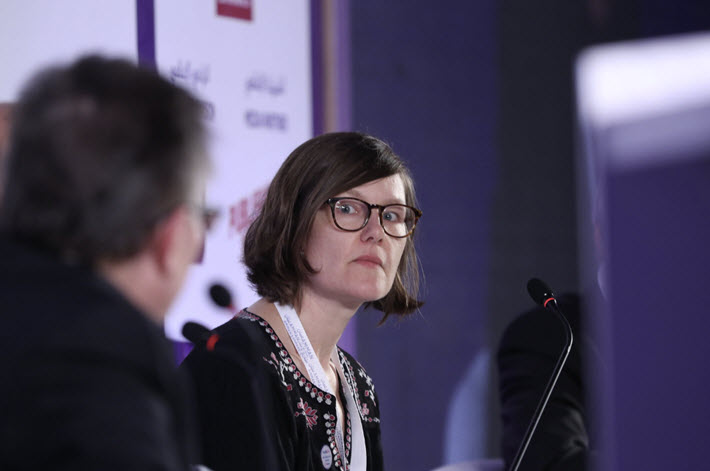 Marcia Lynx Qualey at the International Publishers Association’s Middle East summit in Amman, on a panel examining the freedom to publish in an era of new media. Image: IPA, Nabs Ahmedi