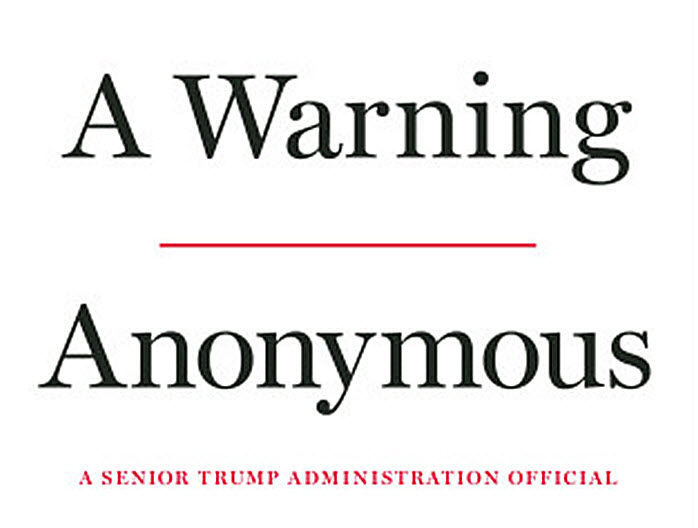 The Justice Department has written to Hachette about ‘A Warning,’ asserting that its anonymous author may be in violation of nondisclosure agreements. 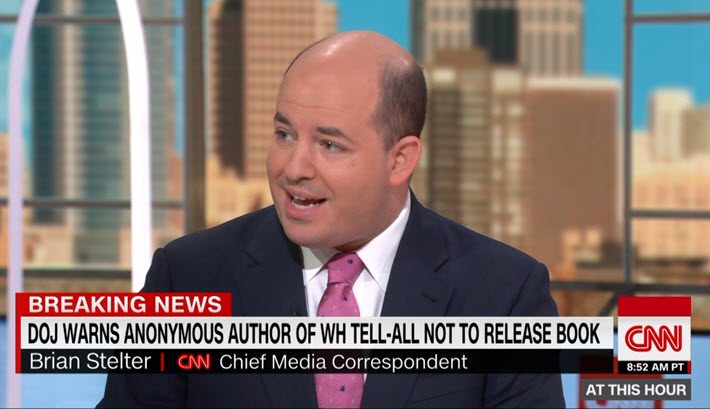 Hachette: ‘We Intend to Honor Our Commitment’

Updates have been made to this story since its October 4 publication.

As CNN’s Brian Stelter revealed on Monday (November 4), the forthcoming book titled A Warning from Hachette’s imprint Twelve has drawn a warning from the US Justice Department, claiming that the anonymous author may be in violation of nondisclosure agreements.

The publisher describes the book as “an unprecedented behind-the-scenes portrait of the Trump presidency from the anonymous senior official whose first words of warning about the president rocked the nation’s capital.” 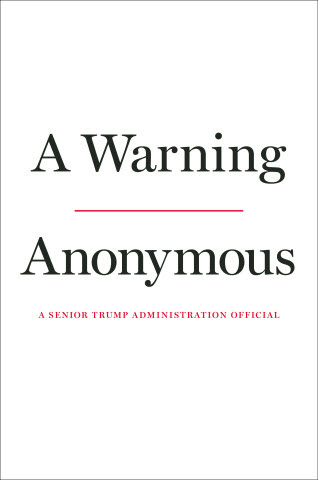 According to a Justice Department letter obtained by CNN Business and reported by Stelter—the network’s chief media correspondent and host of Reliable Sources—assistant attorney general Joseph P. Hunt is saying to Hachette Book Group attorney Carol Ross, in part, “If the author is, in fact, a current or former ‘senior official’ in the Trump administration, publication of the book may violate that official’s legal obligations under one or more nondisclosure agreements, including nondisclosure agreements that are routinely required with respect to information obtained in the course of one’s official responsibilities or as a condition for access to classified information.

“Anonymous,” the author of the new book, reportedly is the writer of The New York Times op-ed, “I Am Part of the Resistance Inside the Trump Administration,” an essay that in early September 2018 riled Donald Trump and White House officials by asserting that senior officials in the president’s circle were “working diligently from within to frustrate parts of his agenda and his worst inclinations. … The root of the problem is the president’s amorality. Anyone who works with him knows he is not moored to any discernible first principles that guide his decision making.”

In her response to Hunt at the Justice Department, as quoted by Stelter and later others, Ross writes, in part, “Hachette is not party to any nondisclosure agreements with the US government that would require any pre-publication review of this book, and Hachette routinely relies on its authors to comply with any contractual obligations they may have. Hachette has, however, made a commitment of confidentiality to Anonymous and we intend to honor that commitment.

“Please be assured that Hachette takes its legal responsibilities seriously and, accordingly, Hachette respectfully declines to provide you with the information your letter seeks.”

As Maggie Haberman writes at The New York Times, “Mr. Trump, people close to him said, has long been troubled by the existence of Anonymous, whose op-ed condemned him as essentially unfit for office and described a ‘resistance’ within the administration trying to keep the government on course, identifying as part of that group.

“Mr. Trump said last year that he wanted the Justice Department to investigate the essay, declaring its writing an act of treason. Prosecutors said at the time that such an inquiry would be inappropriate because it was likely that no laws were broken.”

The letter from the Justice Department’s Hunt has been posted by the Times here.

And, not surprisingly, many covering the Justice-Hachette moment are noting that at least one whistleblower has been central—although now fully corroborated by others on the record—in the Donald Trump impeachment inquiry being promulgated in the House of Representatives.

As Allyson Chiu is reporting at The Washington Post on Tuesday (November 5), Trump, accompanied by Sen. Rand Paul (R-KY), on Monday evening at a rally in Lexington, Kentucky, made direct calls for the unmasking of the core Ukraine/impeachment whistleblower, who is protected by US law.

Literary agent Matt Latimer and his associate Keith Urbahn at the Alexandria-based Javelin agency were also recipients of the Justice Department letter.

The agency has come to its client Anonymous’ defense, saying in a statement sent to Publishing Perspectives, “Our author knows that the president is determined to unmask whistleblowers who may be in his midst. That’s one of the reasons A Warning was written.

“But we support the publisher in its resolve that the administration’s effort to intimidate and expose the senior official who has seen misconduct at the highest levels will not prevent this book from moving forward.”

Michael Cader, in his article at Publishers Lunch, writes, “If Anonymous is subject to a non-disclosure agreement with the government agreeing to prior review before publication, the potential penalty would be a civil one, giving up any earnings from the disclosed material. In announcing the deal for the book, it was said that the author has not taken any advance.”

At this writing, weeks before publication, the book on preorder stands at No. 1 on Amazon.com in Democracy, United States Executive Government, and Public Affairs & Administration. At the Kindle Store, it also stands at No. 1 in Biographies of Political Leaders.

“We support the publisher in its resolve that the administration’s effort to intimidate and expose the senior official who has seen misconduct at the highest levels will not prevent this book from moving forward.”Matt Latimer, Javelin agency

The book also has entered the nonfiction most-sold Amazon Charts listings for the first time this week at an enviable starting spot of No. 2, standing behind only Ronan Farrow’s Catch and Kill, now three weeks on the list and also from Hachette, in that case from Little, Brown.

As Publishing Perspectives readers know, Donald Trump and his administration have previously challenged the publication of books unflattering to the White House.

The first such instance was in January 2018, as Trump sought to derail Macmillan’s publication of Michael Woolf’s Fire and Fury. In the late summer last year, Trump  then tried a similar intervention with Omarosa Manigault Newman’s Unhinged: An Insider’s Look at the Trump White House, threatening litigation if Simon & Schuster’s Gallery Books publication wasn’t stopped. In each incident of this kind, publishers and authors have refused to be intimidated.

You can see Stelter’s segment with Bolduan and read his report on CNN here.

A Warning is scheduled for release on November 19.

More from Publishing Perspectives on political books is here, and more from us on Donald Trump and his administration’s contacts with the book publishing industry is here.