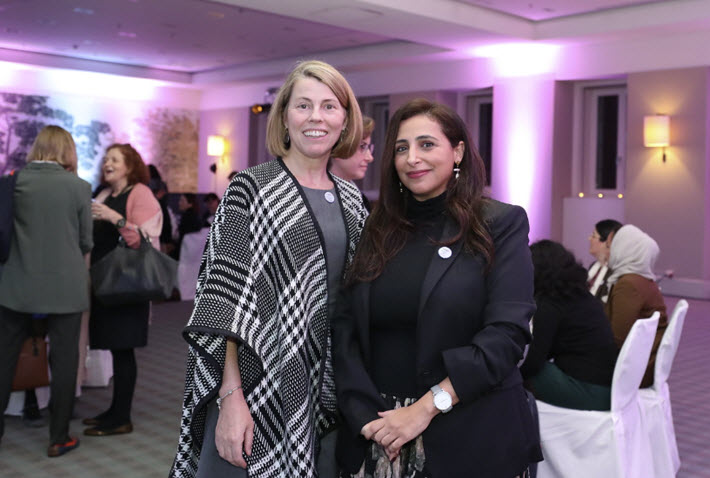 As the Sharjah PublisHer Summit approaches, Bodour Al Qasimi and Tracey Armstrong talk about the international momentum of women in publishing. 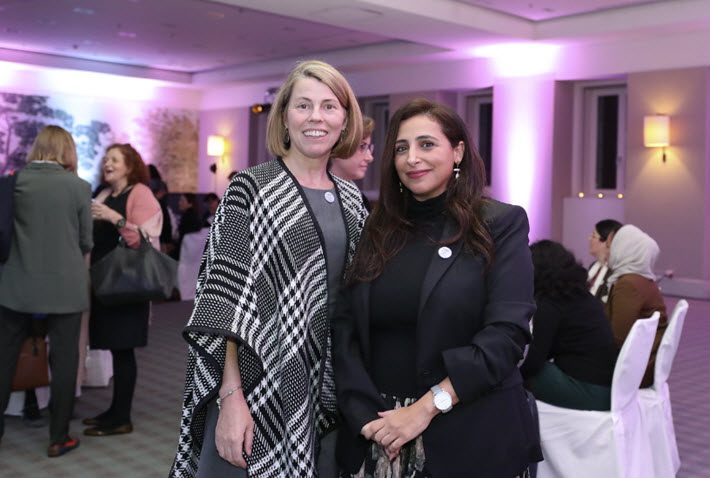 ‘An International Agenda for Change’

A fourth international networking dinner and an afternoon salon’s discussion of issues for women in publishing were staged in October at Frankfurter Buchmesse by PublisHer, the industry-led movement working to bring gender equality to world publishing.

And on Thursday (November 7) in the United Arab Emirates, the fifth event in this fast-growing series of programs is designed as an extended summit and will be held as part of the activities associated with the ongoing 38th Sharjah International Book Fair. 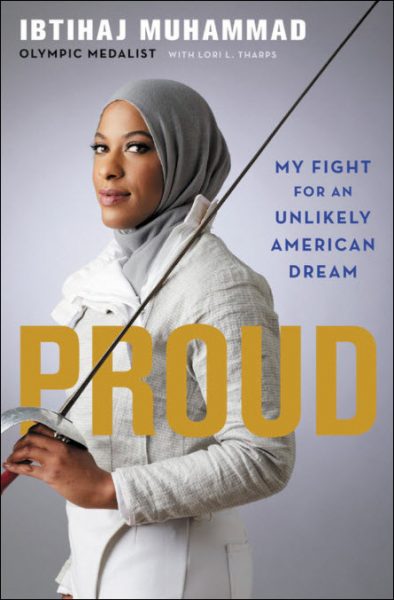 Bodour will be joined in speaking by the American Olympic bronze medalist in fencing Ibtihaj Muhammad, the first female Muslim-American athlete to medal as part of the team sabre event with Team USA in the 2016 Summer Olympic Games at Rio.

And another highlighted guest is the Algerian author Ahlam Mosteghanemi, named the most distinguished Arab woman of 2006 by the Arab Women Studies Center in Paris and Dubai. 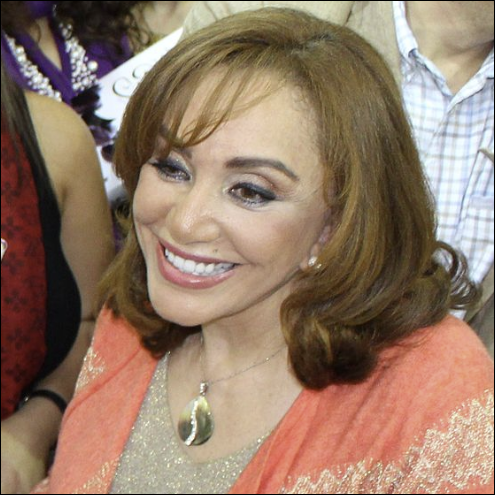 Designated a UNESCO Artist for Peace by then-director of the program, Irina Bokeva, Mosteghanemi’s poetry and fictional works have been frequently translated into English and French. Her Zakirat el Jassad, for example, was published as The Bridges of Constantine in 2013 by Bloomsbury in its translation by Raphael Cohen.

Among her key French translations is Albin Michel’s publication of Le Chaos de sens (Chaos of the Senses), and Mosteghanemi has lectured and worked as a visiting professor at campuses including MIT in Boston;, the University of Michigan at Ann Arbor; Paris’ Sorbonne; Yale; the American University at Beirut; and Montpellier. 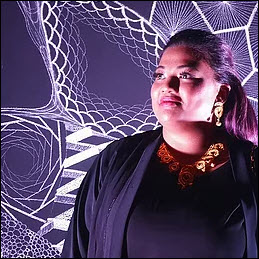 Thursday’s five-hour program also includes a presentation by the Emirati poet Afra Atiq, whose spoken-word performances have been seen in venues from the Dubai Opera stage to the launch of the UAE’s Sheraa startup incubator. 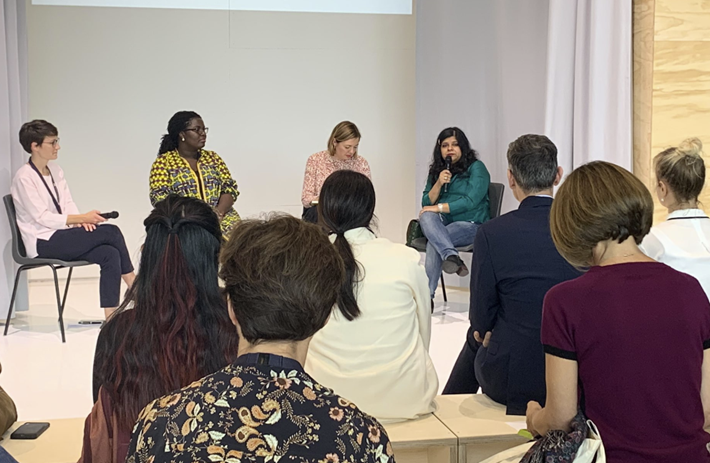 During the 2019 Frankfurter Buchmesse, two events were produced in support of the PublisHer program—its site is a recent addition to the program—one, an afternoon salon program and reception at the Guest of Honor Norway pavilion, and the other an evening dinner event with programming. In each case, as in all PublisHer events, networking was a key point.

As the movement’s statement of purpose indicates, it’s through communication with each other that women in world publishing can find each other, exchange experiences and ideas, and “address their industry’s entrenched gender imbalances and drive an international agenda for change.”

From its initial event at London Book Fair in March to those following in Nairobi, Amman, Frankfurt, and this week in Sharjah, it’s evident that the structure of the program’s growing momentum is evolving with the rising tide of gender consciousness and women in publishing.

“PublisHer is an empowered community,” the program’s material says, “seeking creative, viable solutions to the many gender-based inequities that have long characterized world publishing and the other creative industries.” 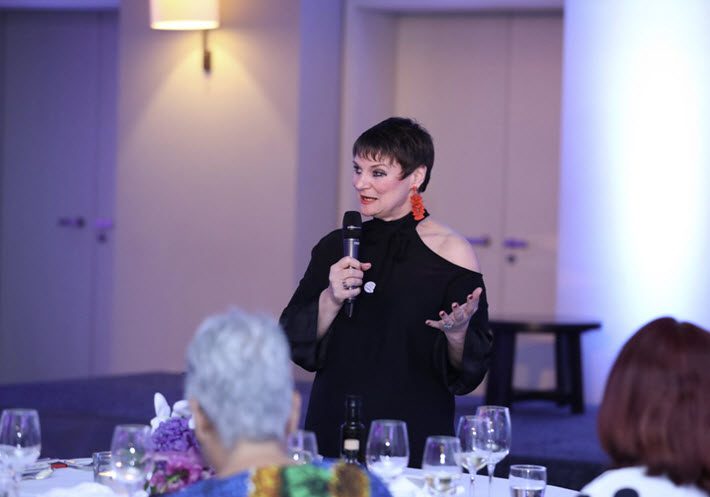 In response to Publishing Perspectives’ question, Bodour mentioned the fact that the movement’s future likely will include a less centralized dynamic so that events can be created on a wider scale, taking advantage of gatherings that bring together interested supporters.

“The PublisHer dinner in Frankfurt was yet another confirmation of the importance of such an event,” Bodour says. “Women publishers from around the world gathered again enthusiastically around a single mission—which is to bridge the gap between what women publishers deserve and want, and what the current global publishing sector status quo offers.

“As I reiterate in every PublisHer dinner, this platform will only succeed in creating the change we want if more women publishers join and support us in whatever way possible.”Bodour Al Qasimi, International Publishers Association

“There is still room for more discussions and actions about gender diversity and equality in the publishing sector, and achieving the right balance will only happen when more women are promoted to leadership positions so that they can shape the future of this industry together with their male colleagues.

“Frankfurt’s PublisHer dinner was the fourth one in the span of eight months, and we’re receiving requests constantly from around the world to organize the same event. The sheer amount of requests we received so far screams volumes about the need for such a platform, and we are really thrilled with that.

“As discussed in Frankfurt, going forward, we’re happy for other publishers to organize the same event in their respective events or markets with coordination with us so we can provide the necessary support, and also we make sure that the discussions remain focused on our core mission.”

“And as I reiterate in every PublisHer dinner, this platform will only succeed in creating the change we want if more women publishers join and support us in whatever way possible.”

Armstrong: ‘A Seat at the Decision-Making Table’ 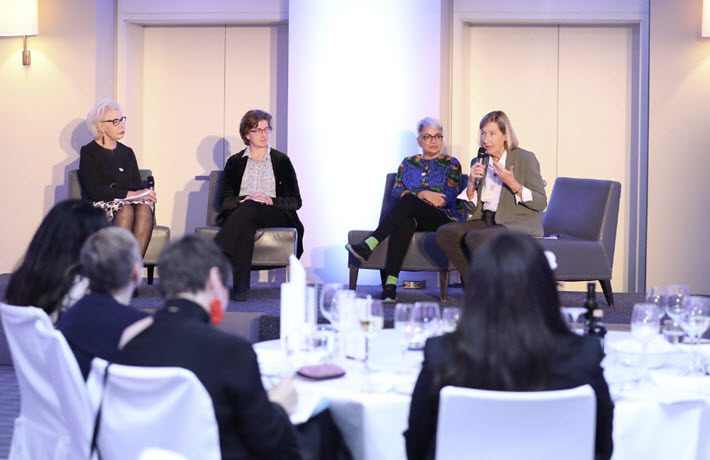 Several organizations and companies have become sponsors of PublisHer. They include the International Publishers Association, the Association of American Publishers, the Kalimat Group, and Copyright Clearance Center (CCC).

In Frankfurt, the dinner was sponsored by CCC. Its CEO, Tracey Armstrong—who also spoke on our Publishing Perspectives Talks panel on “Women’s Leadership in Publishing”—spoke during the event at Frankfurt.

“The publishing industry has long-standing gender diversity and inclusion challenges that have real repercussions on women, including a lack of career progression and mobility, particularly at the executive level.”Tracey Armstrong, Copyright Clearance Center

In her comments to us afterward, she has picked up on one of her most forceful points, the economic disparity not only between what men and women are paid but also in how much of a publishing house’s finances women’s roles allow them to control.

“I’m honored to contribute to this wonderful, and much needed, PublisHer space established by Bodour Al Qasimi,” Armstrong tells us, “a space for women to celebrate and support each other, discuss pressing issues faced by colleagues in our industry, and work together to find opportunities for scalable, sustainable solutions.

“The power of individual action is immense,” she says, “and we should all be asking ourselves what we can do—even in the most modest way—to influence change in the future.

Armstrong has become a member of the program’s executive group and recalls the first event in March, which was co-hosted at the time by the Association of American Publishers’ CEO and president, Maria A. Pallante.

“I was fortunate to be part of the very first PublisHer dinner in London this year,” Armstrong recalls, “where 30 women gathered to celebrate women in publishing, be inspired, and network among some of the most impressive female leaders of our industry. One outcome of that gathering was that opportunities such as these dinners, panels, business forums, and robust online discussions affirm that this community, our community, only becomes stronger when we unify to influence the future.

“PublisHer is an empowered community seeking creative, viable solutions to the many gender-based inequities that have long characterized world publishing and the other creative industries.”PublisHer Statement of Purpose

“Another outcome,” she says, “was consensus that the industry needs more women in leadership roles. When I first became CEO of Copyright Clearance Center, the influence of my mentors—both male and female—was critical in defining my leadership style and empowered me to take risks and communicate more effectively.”

Like Bodour and many members of the PublisHer movement, Armstrong reminds us that the progress now being sought follows longtime industry traditions that were neither conducive nor supportive of women’s leadership in the business.

“The publishing industry has long-standing gender diversity and inclusion challenges that have real repercussions on women,” Armstrong says, “including a lack of career progression and mobility, particularly at the executive level; gender biases, which contribute to pay inequality; and limited access to effective mentors.

“At the Frankfurt PublisHer dinner, we continued to push toward our goal of a more inclusive and diverse representation. We’re starting to take steps to ensure that women get a seat at the decision-making table and receive acknowledgement for their contributions to publishing.” 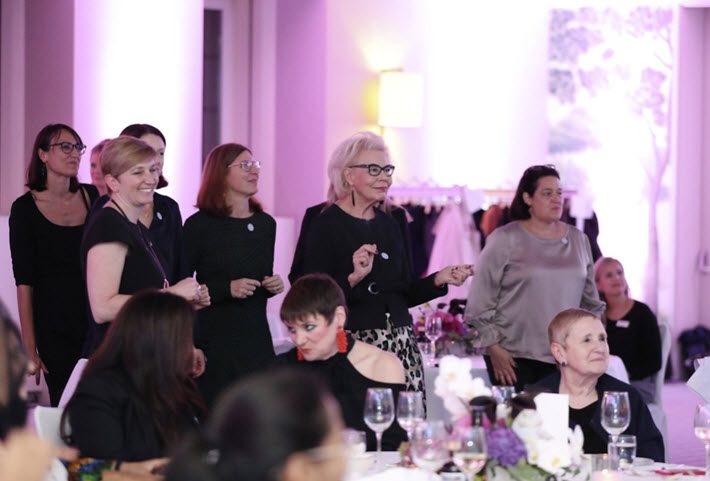