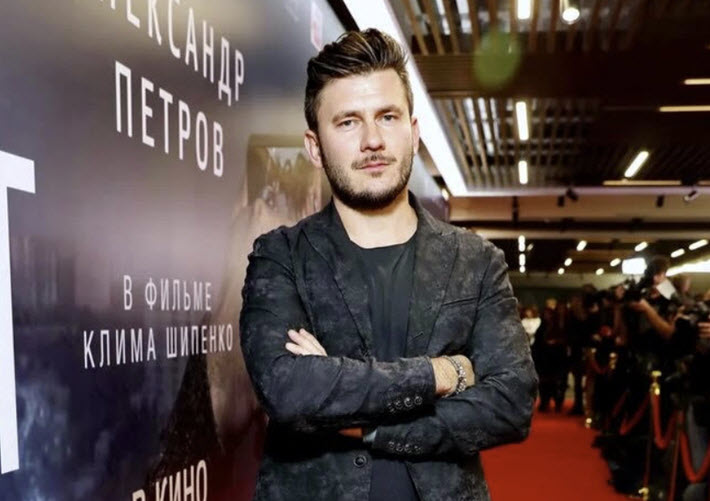 Opening a new focus in his career, author Dmitry Glukhovsky’s stage and screen adaptations of his Putin-putdown ‘Text’ are finding fast traction with audiences. 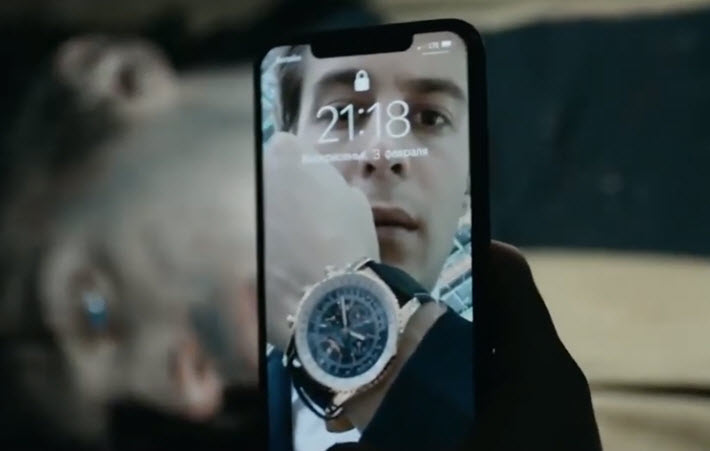 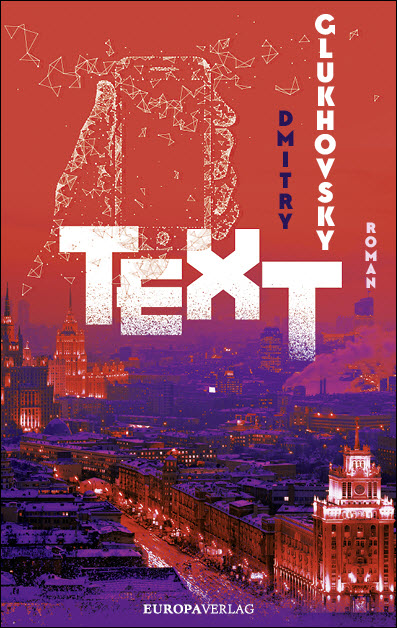 Cover of the German edtion of ‘Text’ from Europa

Our readers will recall that the Russian author Dmitry Glukhovsky, who in 2017 released a politically controversial book called Text.

Text is classified as a cyber-noir novel set in contemporary Russia—”a corrupt state,” as descriptive copy puts it, with “a decaying value system,” and a poke in the eye of Vladimir Putin’s rule.

For those who have been waiting for an English translation, there’s good news. Glukhovsky’s Munich-based agent Bettina Nibbe tells Publishing Perspectives that the book is being translated into English, anticipated to be ready in January, by Marian Schwartz.

In the kind of move Glukhovsky is known to make, he commissioned Schwartz’s translation before having sold the English-language rights, but Nibbe says they expect to sell the rights, which then would stand atop a tall list of languages and territories into which Text has been sold to date. Nibbe’s updated list of rights sales: 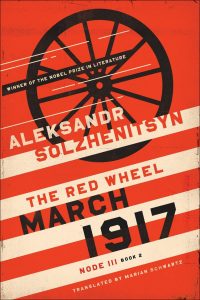 And she is the principal English translator of Nina Berberova’s work, of Amazon Crossing’s English edition of Madness Treads Lightly by Polina Dashkova, and much more.

Her translation of Daria Wilke’s groundbreaking Playing a Part was released by Arthur A. Levine in 2015 and marketed as the first YA novel translated from Russian.

Dmitry Glukhovsky, at the Moscow staging of ‘Tekct,’ a three-month Maxim Didenko run

In keeping with that entrepreneurial approach, the author—who is published in Russia by AST—is producing staged renditions of the work.

A three-month run in Moscow with Maxim Didenko directing has led to contracts for more such live-theater treatments in London and Germany. The next stage outing is at Theater Bielefeld, opening in late January, and Glukhovsky has written the adaptations being used in these productions.

An independent film production in Russian has been made by director-producer Klim Shipenko with Glukhovsky’s screenplay with co-producers Nana Iloyan, Karina Sinenko, and Mikhail Tkachenko. Set on a score by Dmitgry Noskov, the film, released on October 24 and reported to have grossed US$4.9 million so far in limited showings. 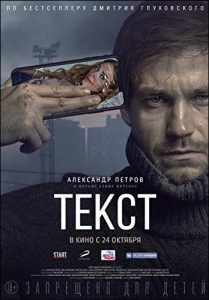 “The English film rights, Glukhovsky tells us, “are optioned to a US producer who’s set to make an Americanized version of the story, but it’s still unclear when and how the project will be made.”

Text opens in 2016 with Ilja’s return to Moscow after seven years of detention. Not only has he suffered arbitrary police brutality and the excesses of a corrupt investigator, but he also has lost everything. A mistake puts him on the receiving end of a dead man’s smartphone: text messages, videos, and calls from his family, his drug accomplices, his girlfriend. Ilja is being drawn into another person’s identity.

Glukhovsky’s intention, obviously appreciated by his Russian readers, theater- and filmgoers, is to illustrate how Putin’s Russia is split into a two-caste system.

“The most interesting part of that phenomenon,” Glukhovsky told us in an interview in 2018, “is that the higher caste now wants to free itself of all moral restrictions. Wants to be free of ethics. It exists in a system of coordinates, in which there’s no good and no evil, no justice or injustice, no right and no wrong. Only strength and weakness are the opposing sides of this system, and the only value is your corporate loyalty.”

The film reflects the caste dichotomy, with glistening drone flyover shots of the Russian capital juxtaposed against Gorky-dark downtown interiors.

The work, as it turns out, is not leading his fans into a series, as his long-running Metro 2033 game and book franchise has.

“Text is a step aside from my serial experience, and it’s not a story that can be continued,” he says. One reason, he says, that some might see it as a series starter is that its tale “could give you an impression of a criminal drama or a thriller.”

“This is about the rights of ‘ordinary’ people vs. the servants of the regime whom Putin is turning into a hereditary aristocracy.”Dmitry Glukhovsky

But in truth, this is for him an expressly political statement. “You’re getting a portrait of Russian society under contemporary Putinism, with all its gravest problems. This is about the rights of ‘ordinary’ people vs. the servants of the regime whom Putin is turning into a hereditary aristocracy.

“And it’s also about the great and under-appreciated role that the smartphones are playing now in our lives.”

For what he terms “a hard Russian drama,” the film is doing “outstandingly well in the theaters, having earned out its budget four times so far and garnering great critical reviews. So we’ll see where this all is going.”

He sounds hooked. The film “was a truly interesting experiment,” he says. As a screenwriter, “I knew right away what parts of the book were to be dropped and what scenes had to be added to turn the literature into screen action.”

Ahead for him: “I’ve got at least three more screen projects in the works, some of them metaphorical suspense, others drama. All at different stages of development. And an already written Holocaust-themed theatrical play. The next year is set to be full of hard work and hopefully some good results.”

With luck, an English-subtitled edition of the film may be in the works. And as busy as he is with his new move into a screen and stage focus, Dmitry Glukhovsky says he’s taken time to get into the film, himself.

“I did a little Hitchcock-style cameo for just a couple of seconds.” Watch for it.

For now, here’s Shipenko’s trailer for the film:

More from Publishing Perspectives on books and film is here, more on international rights sales is here, and more on the Russian market is here.