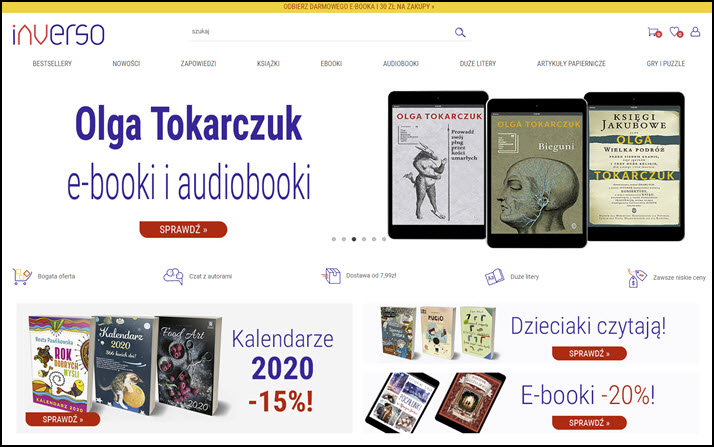 Citing heavy competition in online retail, two major book publishers in Poland have created an online bookstore of their own called Inverso.

Two major Polish publishers, Prószyński i S-ka and Czarna Owca, have joined forces to launch a new online bookstore. The store offers print books, ebooks, and audiobooks by the two publishing houses. Prószyński i S-ka and Czarna Owca expect to compete against other online booksellers and attract readers with features that some will see as innovative in the country’s publishing market.

The new retail site, Inverso.pl, will offer live chats with authors available only to the online customers as well as print-on-demand services and an exclusive selection of large-print books.

Kamil Nowelli, a spokesperson for Czarna Owca, tells Publishing Perspectives that the joint initiative is the result of efforts by the two publishers to adapt to market challenges.

“Such joint initiatives are very important,” Nowelli says, “because of the current shape of the book market.

“We believe that in a time of unprecedented combat for readers online, synergy is what counts.

Nowelli says the launch comes as the publisher is witnessing “a very significant increase” in the ebook segment as well as in audiobook sales.

“Our Big Font service is definitely a unique offer. It’s a project that allows us to maximize the customization process to the needs of our customers. Owing to this service, each of our readers can buy a book the format, leading and font of which are enlarged.” 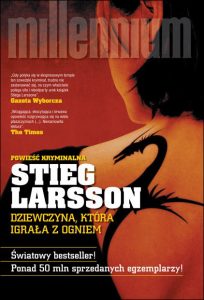 The Inverso development indicates that Polish publishers are increasingly looking for ways to gain independence from major retailers and secure new sales channels to increase their independence.

Empik, Poland’s largest bookselling chain, comprises some 260 stores in various formats across the country, with plans to bring the total to 300 outlets by 2020.

In addition to this, the company’s online store, Empik.com, is the third most popular online retailer in the Polish market, according to data from online research agency Gemius. Empik’s dominant position in the country’s book market has allowed the chain to become a force that Polish publishers say they need to reckon with, at times by securing exclusive book releases that make the titles unavailable at other bookstores.

However, Empik’s rise has also pushed some publishing houses to cooperate and launch joint projects like this one designed to weaken the retailer’s grip over the book market.

BookBook currently fields close to 90 bookstores, with the largest number of outlets located in Poland’s northern and eastern regions.

Of those, 57 percent are not affiliated with any chains. The remaining bookstores are divided between major chains of more than 100 outlets, at 20 percent; mid-size chains of between 30 and 99 stores, at 9 percent; and small chains of between three and 29 outlets, at 14 percent, respectively, according to figures from the database.

More from Publishing Perpectives on the Polish market is here.