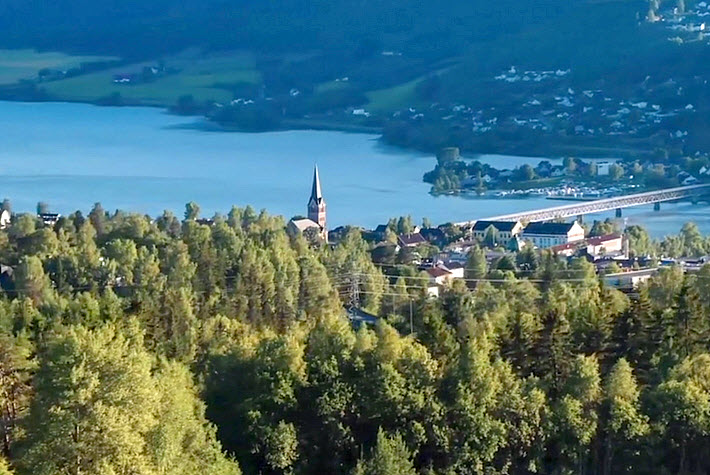 At the 2020 International Publishers Congress in May, seven new research reports will be released on leading issues in global publishing. 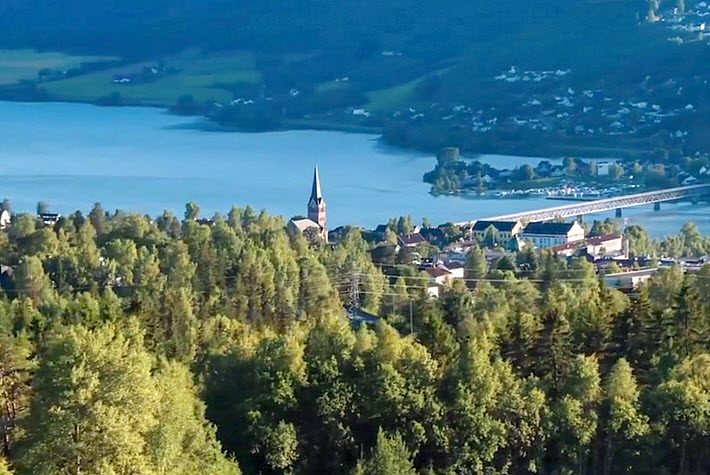 The IPA International Publishers Congress (May 28 to 30) is being structured as a major source of new information for the world publishing industry, with seven new, professionally executed studies in the works to support the themes of the congress’ debates.

Representing the Norwegian host organization, Kristenn Einarsson, points out today (November 13) in an interview with Publishing Perspectives, member-associations of the organization’s 69-nation roster already are registering, taking advantage of an early-bird pricing structure that runs to the 30th of November.

Working with IPA vice-president Bodour Al Qasimi, who chairs the organization’s programming committee, Einarsson’s program is geared toward action, both by breaking news with the results of its research studies’ new data and also by creating breakout discussion sessions in which delegates can react to the reports and formulate responses.

The plan to develop new, professionally produced data for the industry is divided into a seven-study suite of new reports, several of them now in the hands of respondents.

He lists the studies underway as:

The studies on “lost reading and readers,” on public policy, and on the freedom to publish already are out for response, Einarsson’s colleague Åsfrid Hegdal tells Publishing Perspectives, and the other projects are in various stages of preparation. 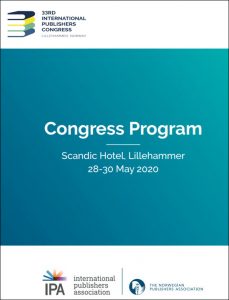 The idea to create a strong battery of research ahead of the congress, Einarsson says, “grew out of our programming committee discussions” about how to ensure the relevance and timeliness of the Lillehammer event for a diverse industry with a suite of concerns and challenges.

“We really concluded that we want to do the synthesizing needed to do the proper work on these reports.” And while that has led to a bigger load of advance work, he says, the importance of opening up new knowledge–so the congress delegates can strategize–is obviously the key to the actionable event the IPA wants its congress to become.

Einarsson, Bodour, and their associates expect to get the studies’ reports to Lillehammer delegates in advance of the congress, so that they can come ready to engage in the discussions, breakout sessions, and debates of the event. You can find a PDF of the program’s early outline here.

It’s the first IPA congress held in a Nordic country since the 21st edition was seated in Stockholm, and a congress was the initial event of the IPA’s founding in Paris, in 1896. The IPA’s Lillehammer congress follows Norway’s year as Frankfurter Buchmesse’s guest of honor, led by NORLA.

Einarsson, of course, is best known in the association as the chair of the Freedom To Publish committee, which, among other duties, confers the IPA’s annual Prix Voltaire for “exemplary courage in upholding the freedom to publish and enabling others to exercise their freedom of expression.” See our sidebar today for news of the 2020 prize’s nominations opening.

On his home turf, the Icelandic-born Einarsson is also the former CEO of Den norse Bokklubben and Kunnskapsforlaget, and now is managing director of the Norwegian Publishers Association.

Timed to dovetail with the Norsk Litteraturfestival, the Norwegian Festival of Literature in Lillehammer, the congress is a biennial event, last held in February 2018 in New Delhi, and is expected to draw several hundred delegates from many parts of the world.

And even as the IPA’s new regional conferences in Africa and the Middle East roll out (with Asian and Latin American events in the making), the congress stands as the world body’s chance, every other year, to take stock of the position of publishing at the international scale–the successes, the pressure points, and the goals for the near- and long term as digitally powered associated–and sometimes competing–entertainments arise to challenge reading and the culture of books on the international stage.

Not for nothing is the over-arching theme of the congress: “Reading Matters.” And that theme is being paralleled in many other events in world publishing, as in the upcoming FutureBook Live conference in London, where The Bookseller’s Philip Jones is stressing the importance of the question, “How [do] we maintain the cultural caché of books?”

“We wanted them to have a special place in the program to discuss their issues while benefitting from the broader discussions about the global publishing industry.”

To that end, the program offers a special “Nordic Educational Experience” on the pre-congress meetings day (May 27) and a special full-day track for educational publishers on the Friday (May 29). That educational track, in fact, can be bought as a single-day pass for those whose work is germane only to the educational sector.

Below we’re embedding an initial promotional video that the Lillehammer team has put together for its congress, in which Einarsson, Bodour, IPA president Hugo Setzer, Lillehammer director of culture Olav Brostrup Müller, and Norwegian Festival of Literature director Marit Borkenhagen describe the setting of the congress and some of its goals.