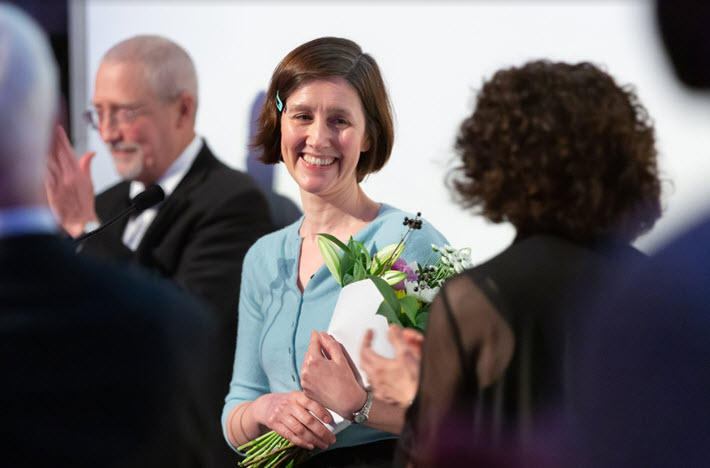 Said to ’embody everything the Cundill History Prize is here to celebrate,’ Julia Lovell’s ‘Maoism’ becomes the 12th winner of one of the world’s leading awards for authors of readable history.

Julia Lovell is honored on November 14 at the Montreal Museum of Fine Arts in the Cundill Prize award ceremony. Image: Cundill History Prize

Taylor: ‘Her Book Will Dazzle Readers’

At tonight’s (November 14) award ceremony in a chilly Montreal, author and translator Julia Lovell has won the 2019 Cundill History Prize for her Maoism: A Global History, published in the United States by Knopf and in the UK and Canada by Penguin’s Bodley Head.

Québec is home base for this award, administered by McGill University. Tonight’s event is at the Montreal Museum of Fine Arts, where attendees have heard jury chair Alan Taylor call Lovell’s award “a very close call.”

And those who know the Cundill program may feel that Lovell is a particularly apt choice for this award that seeks to recognize not only the highest standards of scholarly expertise but also accessibility. The work of Cundill laureates is chosen, in part, because it’s approachable. Its less the curiosity-strangling prose of too much academic writing and more the engrossing friendliness of good immersive fiction—what juror Charlotte Gray calls combining “scholarship with panache, rigor with wit.”

For example, look at this passage in which Lovell describes a dimension of Mao Zedong that’s hardly the stiff tunic of iron will best known as the eventual strongman: 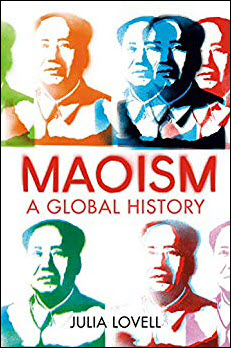 “In the spring of 1930, Mao toured a county called Xunwu in deep southern Jiangxi. Everything interested him: its waterways, its postal services, the derelict state of the umbrella-manufacturing business, the seaweed trade, the eight different kinds of sugar sold and their relative popularity, the vogue for a hairstyle called the ‘Thai pomelo’; and, of course, the different economic classes – landlords (large, middle and small), peasants (rich and poor), and the progress of land redistribution.

“This was a very different Mao from the one whose blood had been set racing by revolutionary carnage in Hunan.

“Here was the careful, methodical analyst and architect of revolution, fixated on empirical observation and putting ‘practice’ above political formulas. An intricately detailed report – hundreds of pages long – resulted.”

As Publishing Perspectives readers will recall, this is an awards program that not only pays its winners handsomely—the two finalists who aren’t selected get US10,000 each—but also tests their nerves by producing not only a longlist and a shortlist but also a shorter list, its three finalists, before handing over the prize.

On that shorter list, Lovell was accompanied by Mary Fulbrook for Reckonings: Legacies of Nazi Persecution and the Quest for Justice from Oxford University Press, and Jill Lepore for These Truths: A History of the United States from WW Norton.

And in his rationale for the jury’s decision of Lovell’s work, Taylor said, “Maoism is a revelation. Julia Lovell thoroughly explores the origins of Maoism in China, and then goes on to show us the many ways in which Maoist thought has influenced societies as different as Peru and Indonesia, Europe and the United States.

“Her book will dazzle readers with lucid and vivid insights into the power of a protean, and often deadly, ideology—and its enduring impact on our world today. Julia Lovell has written an exceptional work of history.” 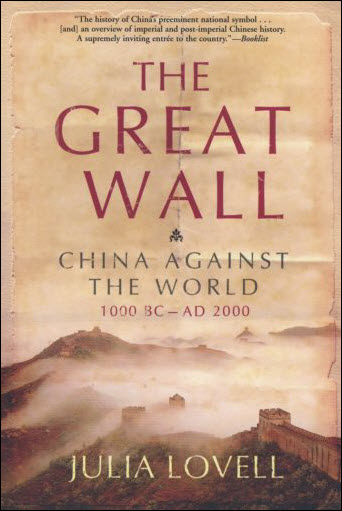 Lovell is a professor specializing in modern China at the University of London’s Birkbeck College. Her most recent books are The Great Wall (Atlantic Books, 2007) and The Opium War (Picador, 2012), the latter of the winner of the 50,000-franc 2012 Jan Michalski Prize.

Her translations of modern Chinese fiction into English include Lu Xun’s The Real Story of Ah-Q, and Other Tales of China (Penguin Random House, 2010). She is currently completing a new translation of Journey to the West by Wu Cheng’en, and writes for newspapers including The Guardian, The Financial Times, The New York Times and Wall Street Journal.

In addition to tonight’s Cundill Prize, Maoism has been shortlisted for this year’s Baillie-Gifford Prize for Nonfiction; the Nayef Al-Rodhan Prize for Global Understanding; and the Deutscher Memorial Prize.

She now is also the recipient of adamant praise from an astute jury.

“Julia Lovell has drawn on an extraordinary range of sources for the first panoramic study of this formidable, fragmented political movement,” says juror Gray. “What makes Maoism a worthy Cundill History Prize winner is that Lovell’s prose combines scholarship with panache, rigor with wit: I was enthralled from the first page.”

Juror Rana Mitter is quoted, saying, “Understanding the origins of Maoist thought, and why it’s influencing the very different technologically enabled, economically outward-looking China of today is one of the most important paradoxes the rest of the world has to get to grips with. 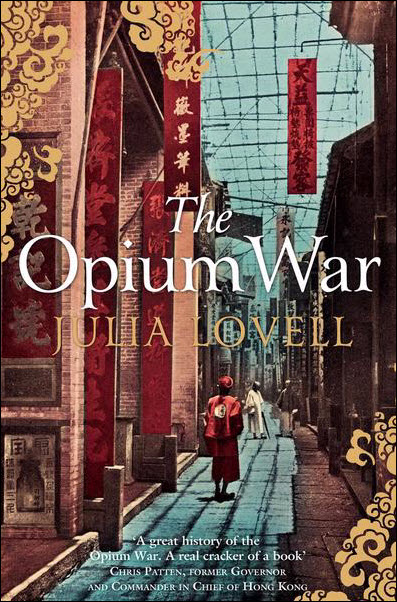 “Julia Lovell’s book does a fantastic job in helping us to understand that convergence in historical context.”

And the fifth juror, Robert Gerwarth, says, “Maoism is a history of ideas, deeply grounded in research, with well-developed characters—and a major contribution to various different literatures: the historiography of the Cold War, the literature that exists on decolonization, and the history of Marxism in its various formations.”

F. Peter Cundill (1938-2011) created his foundation to promulgate accessibility in history writing. The prize annually seeks out scrupulous historical evocations interpreted in the most readable voices for a world that today seems to be losing its memory and rummaging dangerously around in dark blunders no one needs repeated.

The program was re-introduced three years ago, with a new online presence and a ramped-up publicity program to reassert its mission and place in the annual blizzard of publishing and book awards.

In a comment prepared for tonight’s announcement, Antonia Maioni, McGill’s arts faculty dean, is quoted, saying, “Choosing a winner from this year’s finalists—three sweeping histories of major international significance, written by three exceptional women—cannot have been easy for our jurors.

“Julia Lovell’s Maoism embodies everything the Cundill History Prize is here to celebrate. Deeply researched, beautifully written, and truly global in its scope, this book will find audiences right around the globe.” 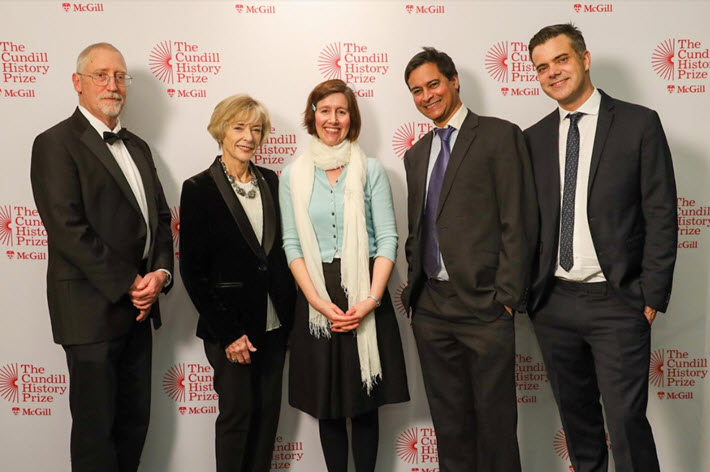