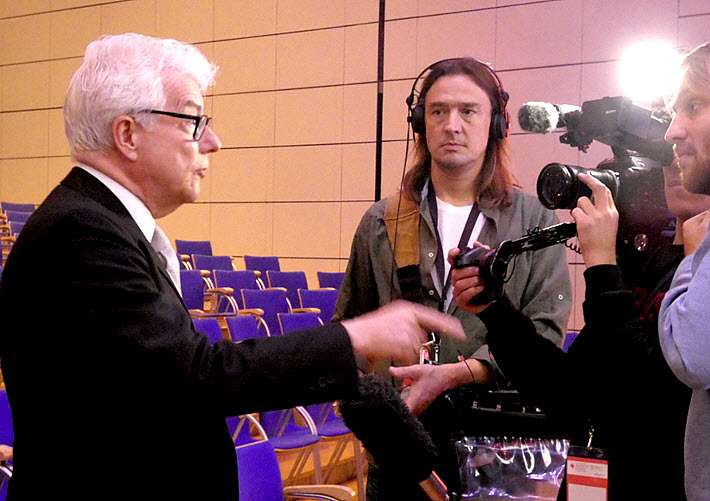 Opening on Sunday in Milan, four of the English language’s biggest international bestsellers will carry to European readers a message of appreciation and high regard—prompted by Brexitian regret.

An Outreach to ‘Our European Neighbors’

Even as the impeachment inquiry in Washington revs to fever pitch with its battery of public hearings riling Capitol Hill and many of your American colleagues, the Brexit crisis in the UK has gone into a comparatively quiet phase ahead of the December 12 general election. Perhaps that’s the perfect moment for author Ken Follett and three of his high-profile writing associates to launch their “Friendship Tour” in Europe.

The associates on the road with Follett are Jojo Moyes (Me Before You, Penguin, 2012); Lee Child (Blue Moon, Bantam, October); and Kate Mosse (The City of Tears, Mantle, releasing in May).

Of course, the Brexitian fray goes on under the surface, Reuters reporting (here carried by The New York Times) that Brexit Party leader Nigel Farrage has rejected demands to do more for Boris Johnson by pulling his party out of contention with Labour.

And although the Brexit crisis is starting point for the concept, Follett is careful in such an uncertain time, sometimes opting to stress the opportunity of the tour for these authors to thank their European readers, albeit with a secondary message—”please keep reading us”—reflected in the fact that the tour is paid for by these authors’ translation publishers.

As Birgit Lübbe of Germany’s Bastei Lübbe (Follett and Mosse) is quoted saying in tour material, “One of the rewarding tasks in publishing is to make the works of international authors accessible to our readers.

“Many British people share our dismay at our country’s rejection of our European neighbors.”Ken Follett

The program opens this weekend and calls for the four authors to make four appearances this month.

Follett: Concerns About ‘Dismay’ and ‘Rejection’

In his appearance as part of Frankfurter Buchmesse’s late-week literary gala, Follett explained to the audience that he wouldn’t directly call out the political moment on that evening—no rehash of Boris Johnson’s ups and downs or the relentless wrangling that has caused the outgoing European Commission president Jean-Claude Juncker to tell the BBC’s Katya Adler this month, “I’ve had enough Brexit in my life.” 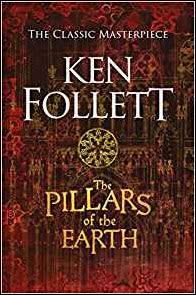 As Messe Frankfurt’s Harmonie Hall quieted to pin-drop tension, he nimbly stressed the importance of the tour to him as a thank-you event—a way for him, Moyes, Mosse, and Child to meet their European fans, affirm their fondness for their many readers-in-translation: to simply be in touch.

In such a moment, Follett turns out to have a good touch. You could feel the house of many hundred primarily German consumers easing. Many shook their heads with him in understanding, the sad gesture of disbelief that you see so often around discussions in Europe of Brexit, even after its three-year shadow on European affairs.

But in an exchange with Publishing Perspectives, Follett doesn’t hide the underlying concern that he and so many on both the UK and European sides of the Brexit dilemma feel, even after the exhausting protraction of the political struggle at its heart.

The tour was conceived from the outset, he says, not as a trip for himself but as a group effort. “Many British people share our dismay at our country’s rejection of our European neighbors,” Follett says. And a chance to actually say so to audiences of readers, he reasoned, seemed the right response. 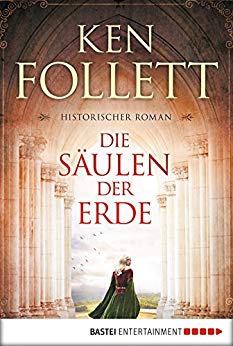 ‘The Pillars of the Earth’ in Bastei Lübbe’s German edition

“The tour was my idea,” he tells us. “I mentioned it to Lee Child over lunch in New York and he was very enthusiastic. I then contacted numerous other writers. Of course some were unable to join us because of other commitments but both Jojo and Kate were free and showed the same keenness.”

A part of the plan is interaction, designed to stress the tour’s concept of appreciation and regard.

“We’re hoping that our stage program will be a dialogue between us and our readers,” Follett says. “So most of the time will be devoted to questions and answers.”

He adds with a characteristic wry grace, “We all think that reading aloud is a bit dull.”

Follett may be especially well placed to lead this gesture of solidarity. In many parts of the world, he’s a near-automatic bestseller. A Column of Fire went to No. 1 on bestseller lists in the United States, Spain, Italy, Germany, and France when released as the third title in his Kingsbridge series.

He also seems to have strong readership among men as well as women, based on anecdotal instances we’ve had in asking guys what they’re reading: they cite Follett frequently. The Pillars of the Earth has real staying power with many of these readers.

And yet, tellingly, the tour he and his trio of colleagues are making this month has no homecoming event on English-language soil in the offing, at least for now. This quartet of authors is outward bound, getting across the Channel to shake hands with the Europe that so many in the UK want to leave.

“This is really,” Ken Follett says, “about people who read us in translation.”

More from Publishing Perspectives on Brexit is here. And more from us on translation is here.