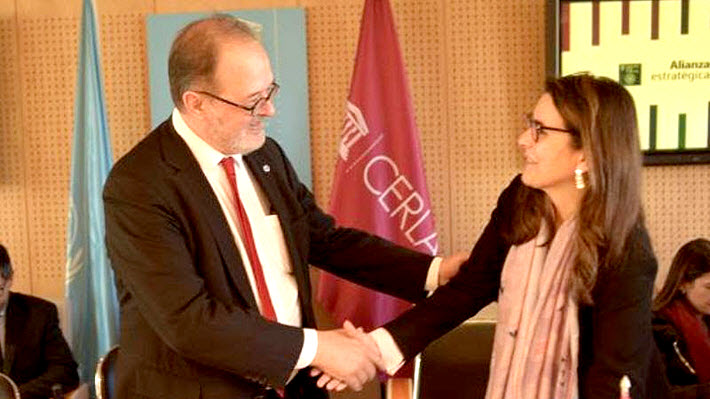 Extending its regional partnerships to Latin America and the Caribbean, the International Publishers Association signs a new agreement with UNESCO’s CERLALC.

Another step in a year of many moves forward, the the Geneva-based International Publishers Association (IPA) has announced today (November 25) its new agreement with the UNESCO-affiliated Regional Center for the Promotion of Books in Latin America and the Caribbean (CERLALC) to further collaboration on a broad spectrum of issues.

The IPA-CERLALC alliance, according to media messaging from Geneva, confirms the two organizations’ respective commitments to (a) the freedom to publish, (b) diversity and inclusivity, and (c) and education.

It also establishes an intention for strategic cooperation on policy and structural matters, as well as in the organization and promotion of public events.

This new memorandum of understanding is the third signed by IPA this year.

The first two were executed at the IPA’s regional webinar in Nairobi in June—one with the African Publishers Network (APNET) and the other with the Association for the Development of Education in Africa (ADEA).

As Publishing Perspectives readers know, the Nairobi seminar and the previous year’s event at Lagos are the flagship events in IPA’s rapidly developing new regional-event approach to serving its 83 member-associations in 69 nations.

Opening another regional push in September, the organization held its first Middle East seminar in Amman.

With the success of the African and Middle East seminars powering such new events as the Sharjah Book Authority’s new Publishers Conference’s third day of programming this year, the organization’s leadership has spoken of an interest in such regional efforts in the Latin American and Asian markets.

The newly activated agreement with CERLALC extends IPA’s regional partnerships, then, so that the association can explore its options for event activity in Latin America and the Caribbean.

In a prepared statement released with the news of the signing, CERLALC director Marianne Ponsford is quoted, saying, “The agreement between CERLALC and IPA lays the foundations for a valuable route of joint work between the two entities.

“On the one hand, it will serve to strengthen copyright protection as a fundamental pillar for the development of the publishing industry, in particular, and the creative economy, in general.

“On the other hand, it will contribute to promoting studies that provide reliable and precise data on the publishing markets of Latin American countries.

“This information is scarce in the vast majority of countries in the region and isn’t only indispensable for decision-making by agents in the private and public sectors, but also for highlighting the relevance of the sector as a driving force of the creative economy.”

And IPA secretary-general, José Borghino, who participated in the signing, is quoted, saying, “We have been very happy to work with CERLALC in the past on data0gathering projects like our VAT report and industry statistics.

“This agreement will take our work together even farther and it makes substantive results very realistic. CERLALC’s regional perspective and interdisciplinary expertise will allow us to work through our members to make the best of this memorandum.”

CERLALC is 48 years old and is an intergovernmental organization specializing in the fields of reading, writing, books, libraries, and copyright.

Initiaed in 1971 by UNESCO and the Colombian Government, the center now has 21 member countries in Ibero-America.

As we’ve reported, IPA International Publishers Congress (May 28 to 30) in Lillehammer has a Saturday (November 30) deadline for the substantial discounts of its early bird pricing.

Our initial coverage on the upcoming 33rd world congress event of the IPA is here.