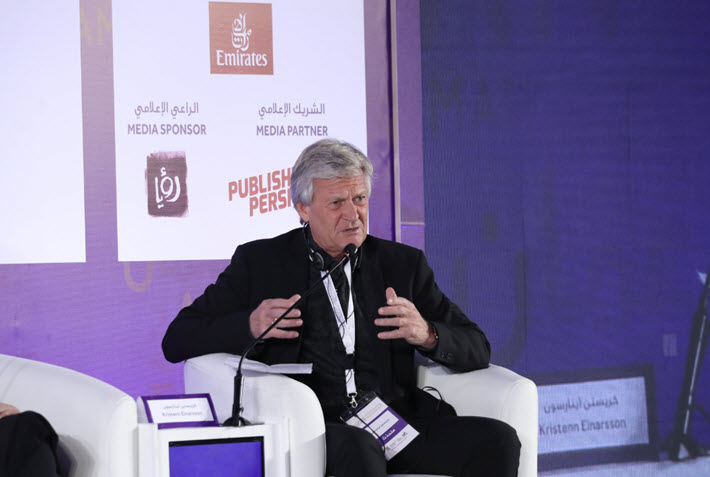 Its visibility growing, the IPA’s Prix Voltaire is the industry’s award for valor amid challenges to the freedom to publish. Its 2020 winner will be named at the IPA’s world congress in Norway. 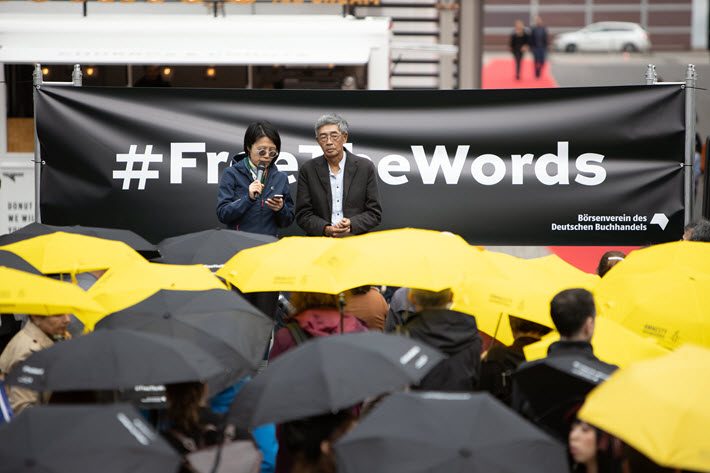 Even as the Geneva-based International Publishers Association (IPA) today (November 13) announces the development of the seven research studies that will form the basis of its 33rd International Publishers Congress in Norway (our story on the congress today is here), you’ll notice that one of them is on the freedom to publish, an accounting—perhaps the first of its kind—of worldwide instances of such suppression.

As readers of Publishing Perspectives know, the subject has evolved to be one of two of the primary pillars of concern for the IPA, the other focal interest being challenges to copyright.

And the IPA now has opened its nominations cycle for the 2020 Prix Voltaire. The honor, which comes with a purse of 10,000 Swiss francs (US$10,110), is to be awarded on May 28 at a congress dinner with the Norwegian Festival of Literature.

Individuals, groups, or organizations can make nominations using this form. The association asks that rationales be written in English but they can accommodate other languages if need be.

Deliberations and decisions are made by the IPA’s Freedom To Publish committee.

At issue in the Prix Voltaire program is recognition of—and advocacy for—publishing’s people who show valor in the face of threats and often retaliation for exercising their freedom of expression.

According to the prize’s messaging, “Nominees will have recently published works despite pressure, threats, intimidation or harassment, whether from governments, other authorities or private interests. Alternatively, they may be publishers with a distinguished record of upholding the values of freedom to publish and freedom of expression. For the purposes of the IPA Prix Voltaire, we define ‘publisher’ as an individual, collective or organization that provides others with the means to share their ideas in written form, including via digital platforms.”

Nominations must be made by January 10 by email to prix-voltaire@internationalpublishers.org. 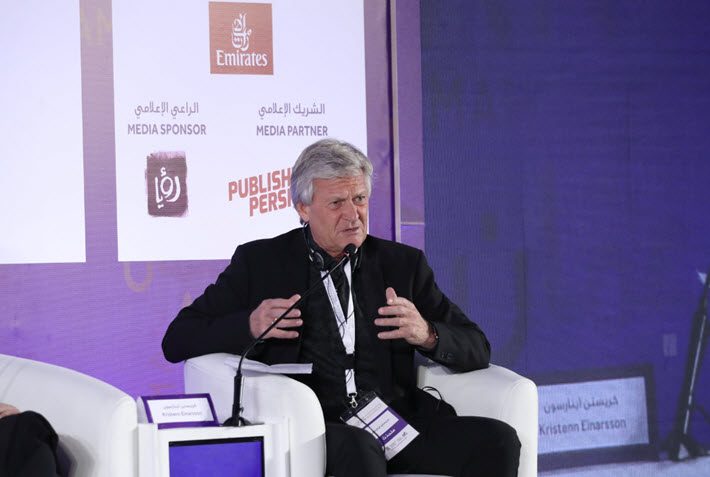 Kristenn Einarsson, who chairs both the coming Lillehammer IPA congress (May 28 to 30) and the organization’s Freedom To Publish committee, says that one of the program’s goals in the coming year is an increased level of support and advocacy for Prix Voltaire laureates who remain jailed or detained or otherwise punished for their work in publishing.

Einarsson led events at Frankfurter Buchmesse last month in which relatives of Prix Voltaire laureates participated and/or laureates who remain in jeopardy were remembered and their incarcerations protested.

For example, Ensaf Haidar, the wife of the still-imprisoned 2016 laureate Raif Badawi was on hand, as was Mahmoud Lotfy, brother of the still jailed Cairo publisher Khaled Lotfy. And as we reported on Monday (November 11), Lotfy was also featured with Einarsson in a discussion of threats to the freedom to publish at Sharjah International Book Fair’s Publishers Conference.

Burhan Sonmez joined in on the Frankfurt programming, as well—much of which was based in the Guest of Honor Norway pavilion—to discuss challenges to the freedom to publish in Turkey, representing the 2017 Prix Voltaire winners Evrensel and Turhan Günay operate.

As has been reported by Deutsche-Welle, there also was a vigil on Frankfurt Thursday for Gui Minhai, the Swedish national publisher who is understood to be still detained by Beijing, an event in which the IPA Freedom To Publish group participated.

The event was called by PEN International, led by Mexico-based Jennifer Clement, who read a letter from Gui Minhai’s UK-based daughter Angela Gui. As reported by Deutsche-Welle, the letter read, in part, “So much has happened in the four years since my father was abducted, in my life, but more importantly, in the lives of all Hong Kongers. The fear that Hong Kong is no longer safe has been confirmed in ways we could not have imagined, yet the international community still seems to be convinced that a conviction is sufficient.”

In reflection of the ongoing distress in Hong Kong—in which umbrellas are a trademark for many protestors—umbrellas were used in the vigil, which also had the endorsement of the Börsenverein des Deutschen Buchhandels—Germany’s publishers and booksellers association.

Notes on the Prix Voltaire

Formerly a biennial award named the IPA Freedom to Publish Prize, was renamed the Prix Voltaire in 2016. At that time, its frequency was increased to its current annual status.

While there may be adjustments to this list for the 2020 Prix Voltaire, the 2019 sponsors who have funded the monetary award for Cairo’s Lotfy are: