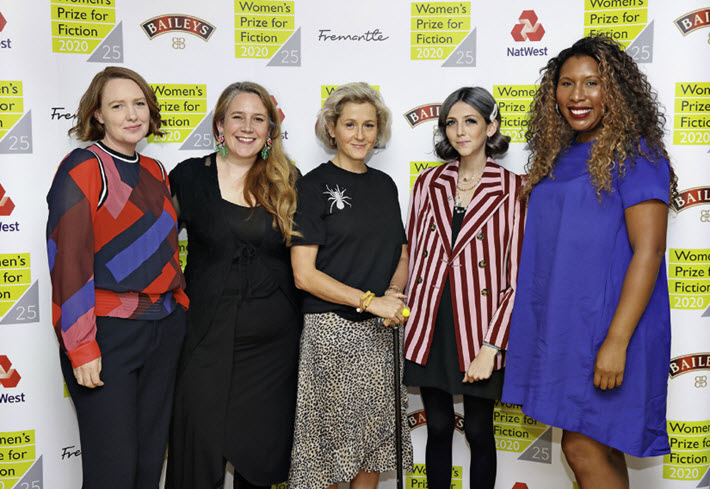 Three of the 25th Women’s Prize for Fiction jurors are authors, and the German Nonfiction Prize’s jury is the first for this new award. 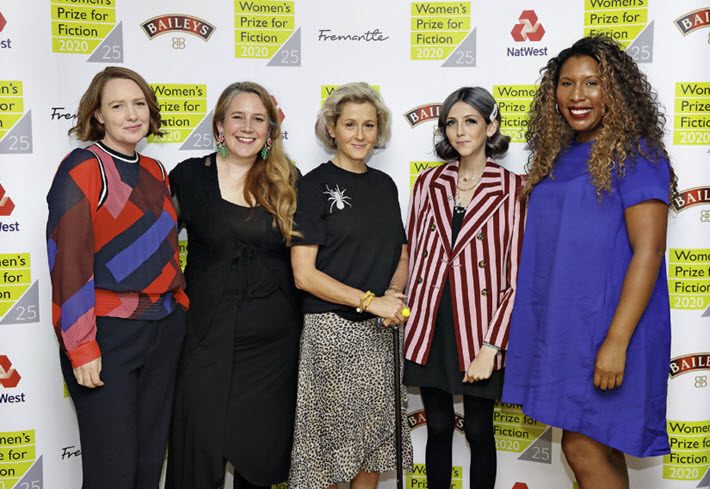 In its announcement today (November 6), the UK’s Women’s Prize for Fiction—formerly known by its sponsors’ names, Orange and Baileys—has announced its 2020 jurors.

The panel is to be chaired by Martha Lane Fox, CBE, founder of Doteveryone.org.uk, who’s quoted, saying, “I remember being mesmerized by the books on the first Women’s Prize shortlist 25 years ago and I will always be grateful to the prize for exposing me to the awesome breadth of female writing talent.”

Fox is joined on the jury by:

More commentary from Fox: “It’s an incredibly exciting time for women’s writing, with amazing authors opening our minds to new perspectives and the endless possibilities of fiction. Our society needs their voices more than ever, and we’re all proud to be part of a prize that, a quarter of a century later, continues to champion female writers. I’m very much looking forward to many passionate discussions about the nominated works.”

And juror Curtis—who, according to the prize’s media messaging, was born in the same year the award was—is quoted, saying, “Each year, the longlisted books ignite conversations around important issues and help women, and men, discover exciting new works of fiction.

“I’ve grown up with this amazing prize and have seen how it has always championed a diverse range of voices, opinions, and perspectives so it’s a real privilege to be a part of this cultural movement during its very special 25th anniversary year.”

The promotional video below features 2020 jurors talking about the prize.

Any woman writing in English—whatever her nationality, country of residence, age or subject matter—is eligible to win the Women’s Prize for Fiction. Novels must be published in the United Kingdom between April 1 in the year the prize calls for entries and March 31 of the following year, when the prize is announced.

“Our society needs women’s voices more than ever, and we’re all proud to be part of a prize that, a quarter of a century later, continues to champion female writers.”Martha Lane Fox, Women's Prize for Fiction

From the entries submitted each year, the judging panel selects a longlist of up to 20 titles, a shortlist of up to six titles, and one winner.

The winner receives a check for £30,000 (US$38,658) and a limited edition bronze statue known as a “Bessie,” created by the artist Grizel Niven. Both are anonymously endowed.

The prize accepts only novels entered by publishers, who may each submit a maximum of two titles per imprint and one title for imprints with a list of five fiction titles or fewer published in a year. Previously shortlisted and winning authors are awarded a “free pass” in addition to a publisher’s general submissions.

Jurors are allowed to call for titles not initially submitted but published within the same time frame as all other submissions.

The winner of the Women’s Prize for Fiction—last year, the American writer Tayari Jones for An American Marriage—is normally named in June. 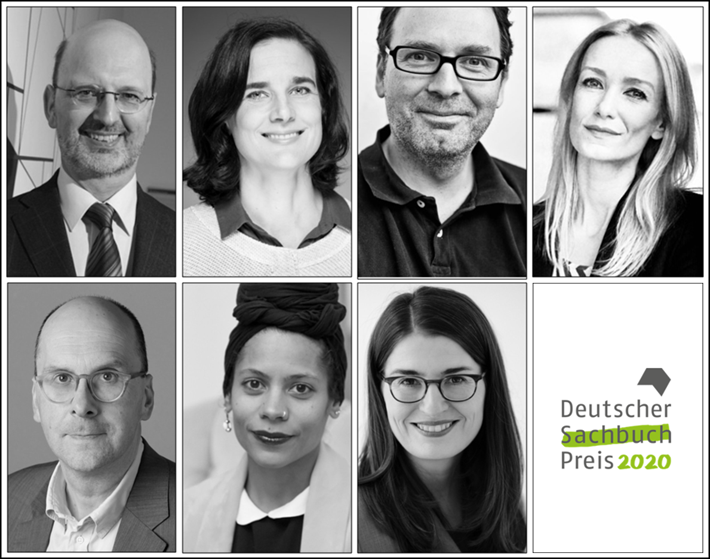 With the inaugural German Nonfiction Prize‘s submission period continuing to November 22, the Börsenverein des Deutschen Buchhandels—Germany’s publishers and booksellers association—has announced its academy’s selection of 2020 jurors to include:

To guarantee independence of the jurors and their deliberations, the program intends to select a new jury every year. It is, however, possible to serve as a member of the jury more than once.

“The book industry has always stood for social debate and aspires to make a contribution to the success of a free, democratic society”Alexander Skipis, Börsenverein des Deutschen Buchhandels

Until the 22nd of November, publishers may submit two monographs each, written in German, from their current or planned catalogues, and they may recommend up to five additional titles. These titles must be published between May 2019 and April of next year, and must be available in bookstores no later than April 21, when the nominations will be announced.

The nonfiction book of the year is selected through a two-stage process, rather than a three-stage process, going right to the shortlist. The jury compiles a shortlist comprising eight titles, announced on April 21. From that group, the members of the jury then choose the winner, to be announced on June 16.

In an interview about the arrival of the new prize program, the Borsenverein’s Alexander Skipis says, “The book industry has always stood for social debate and aspires to make a contribution to the success of a free, democratic society. This understanding is reflected in the German Nonfiction Prize.

“It should be an initiator of discourses, opening spaces for discussion and thus enriching the opinion-forming process.”

More about the submissions process for publishers is here.