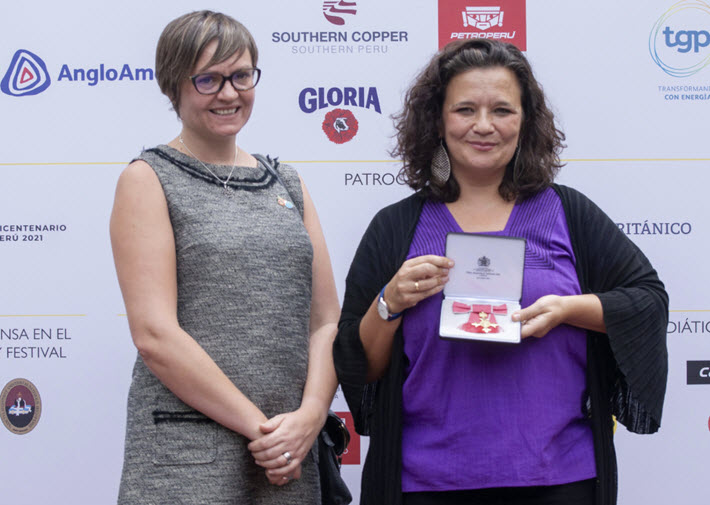 The director of the Hay’s rapidly expanding international network of festival event and forums has been recognized particularly for her Latin American programming. 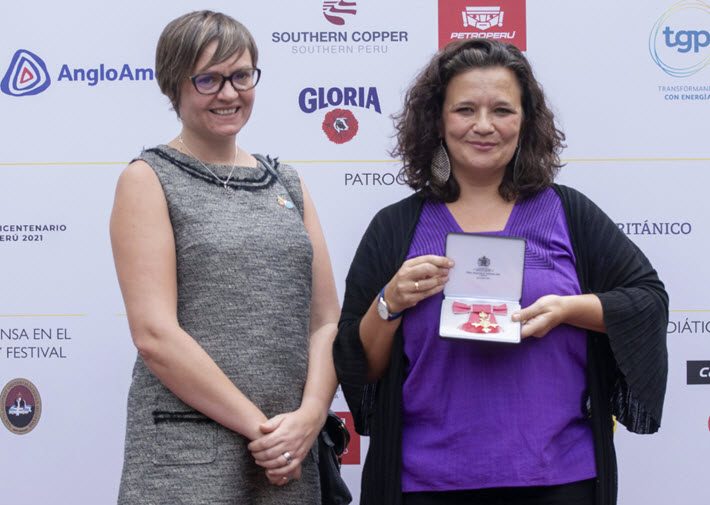 At the opening of Peru’s Hay Festival Arequipa on Thursday (November 7), the Hay Festival’s director of international events, Cristina Fuentes La Roche, has been made an officer of the Order of the British Empire, the OBE.

The honor, which is bestowed by Queen Elizabeth II, recognizes Fuentes La Roche’s work in developing educational and cultural programming and services in Latin American markets.

Appointed in 2005, Fuentes La Roche has overseen more than 100 events on five continents as the Hay Festival has steadily expanded its network of international editions.

Under her direction, the international reach of the program has grown to include festival editions at Arequipa, Medellín, Cartegena, Abu Dhabi, Rijeka, Querétaro, and Segovia, and associated forums in Moquegua, Ayacucho, Santiago de Chile, and Dallas.

On the news of her OBE, Fuentes La Roche was quoted expressing surprise at the honor, and saying that such “recognition for the work we do here and around the world is wonderful. The conversations we have at our events have never felt more vital.”

As the Peruvian festival was getting underway, Fuentes La Roche was presented the honor in a ceremony by the British ambassador to Peru, Kate Harison.

Born in Madrid, Fuentes La Roche previously worked at Canning House in London, which promotes cultural understanding between the Latin American region and the UK. She served as director of national events at Arts and Business for five years.

She has a bachelor’s degree in business and administration from Autónoma University of Madrid, and a master’s in cultural management from Birkbeck College in London.

The 2006 Turkish winner of the Nobel Prize in Literature Orhan Pamuk—just seen in the United Arab Emirates’ Shrajah International Book Fair—is the headliner of the Arequipa festival, which runs through Sunday (November 10).

For those who may be in the UK at the right moment, the 20th Hay Festival Winter Weekend is also taking registration now for November 28 to December 1 at Hay-on-Wye in Wales. More details on that program are here.

Scheduled events in the Hay schedule are:

More from Publishing Perspectives on the Hay Festival and its events is here. More from us on awards is here, and more of our Industry Notes series is here.