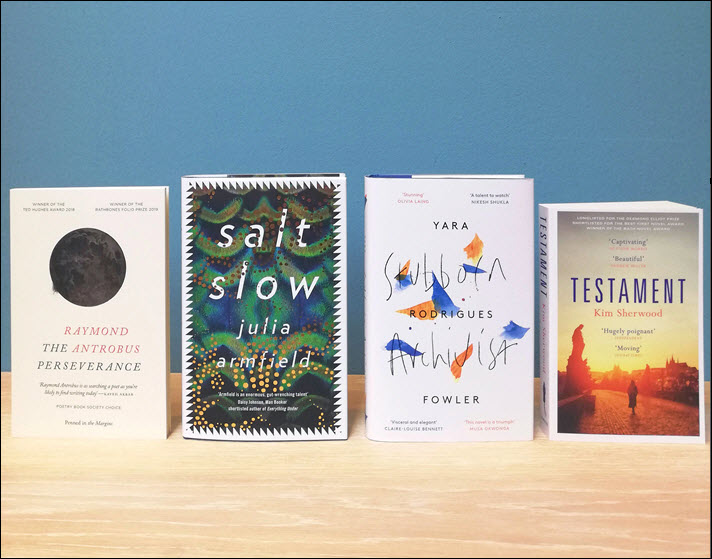 Two titles from Hachette imprints, one from Pan Macmillan and one from Penned in the Margins are shortlisted for the 2019 Young Writer of the Year Award. 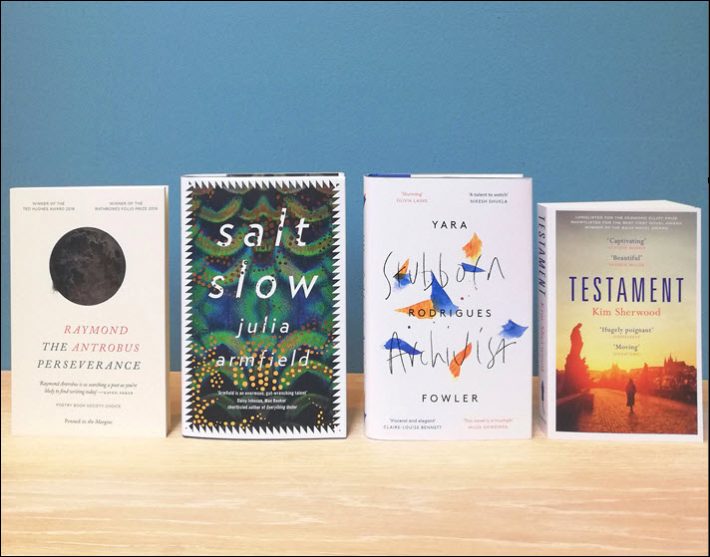 ‘Identity, the Body, and Inheritance’

Again this year, the shortlist for an awards program for British and Irish writers who are 35 and younger arrives with the longest name and four debuts.

The Sunday Times / University of Warwick Young Writer of the Year Award actually has a slightly shorter name this year without the presence of Peters Fraser + Dunlop, which still was sponsoring as recently as last year when Adam Weymouth won for hits Kings of the Yukon: An Alaskan River Journey (Penguin/Particular Books).

This year, the Warwick campus program moves from associate sponsorship to be a (long) title sponsor with the Sunday Times.

The four works named to the shortlist—two novels, one book of poetry, and one short story collection—this year represent the work of three women and one man.

This year, the winner of the award also will be given a year’s membership at the London Library, which appears to have a value of some £510 for an individual account (US$658) and access to the collection and resources both online and at the St. James’ Square facility.

For its participation, the London Library has also captured the winner’s announcement event, which is set to be held there on December 5.

As before, the winner also gets a custom-designed 10-week residency at the University of Warwick and its writing program.

This is one of the many award programs administered by the Society of Authors, and in addition to the Sunday Times and University of Warwick, it also has partnership support from the British Council.

“Reading through all the books for the judging process affirmed for me that there is still such a thing as a literary generation – a zeitgeist of concerns, ideas and images which belong especially to those born in a particular time.”Kate Clanchy, Jury

This is also the program, of so many awards, that may be in your mind for the gap in its timeline: It was begun in 1991 and carried on until around 2008, with some big names in its winners’ lists including Robert Macfarlane, Zadie Smith, Sarah Waters, Francis Spufford, Caryl Phillips, Katherine Pierpoint, and Simon Armitage.

And in this year’s cycle, one of the interesting elements will be the familiar matter of repetitive award attention to some titles. The Antrobus collection is among the most heavily honored of the past year, with wins including the Poetry Book Society Choice, the Ted Hughes Award, the Rathbones Folio Prize, and the Somerset Maugham Award. Shortlistings for the title, in addition to this prize’s attention, include the Griffin Prize, the Forward Prize for best first collection, the Jhalak Prize, and the Michael Murphy Prize.

All of this attests to Antrobus’ fine work, of course, and takes nothing away from the value of his achievement. It also points, however, to how—even with the UK’s vast array of literary prize programs and keen regard for prizes from both the industry and its consumers—the attention of an awards season can become strongly weighted toward one or a few works. No one is at fault on this, it seems quite natural. And when it happens, the capability of awards programs to highlight and promote less visible work may be unavoidably challenged. 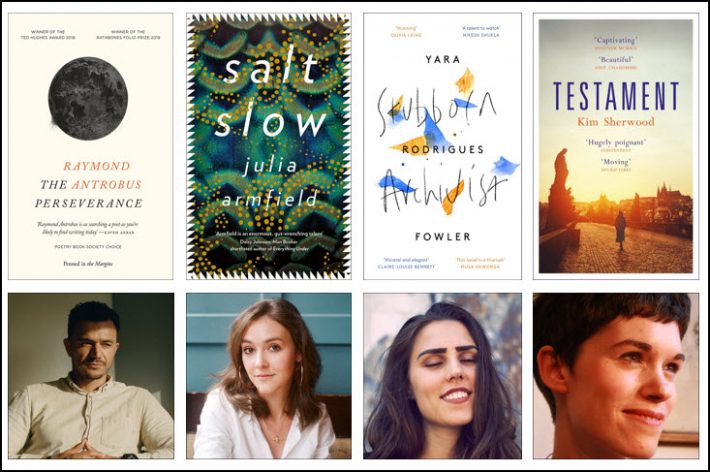 Apparently the load of submissions this year—reportedly surpassing 100 titles for the first time—prompted an expansion of the jury panel. This year, the annual chair of the jury, Sunday Times literary editor Andrew Holgate is joined by editor and bookseller Nick Rennison; Warwick’s Gonzalo C. Garcia; poet and writer Kate Clanchy, and the bestselling author Victoria Hislop.

In comments on the shortlist, Clanchy is quoted, saying, “Reading through all the books for the judging process affirmed for me that there is still such a thing as a literary generation – a zeitgeist of concerns, ideas and images which belong especially to those born in a particular time.

“We read many books about identity, the body and inheritance, and we chose four especially searching and beautiful treatments of those themes, all of them books which brought something new to their forms.”

And Hislop is quoted in media messaging, saying, “There were many really strong contenders for the Young Writer of the Year Award, and the four on our shortlist are the best of the best. I think all the judges are excited about the next and final stage of what has so far been a really rewarding and interesting process.”

More from Publishing Perspectives on publishing and book prizes is here, and more from us on the UK market is here.