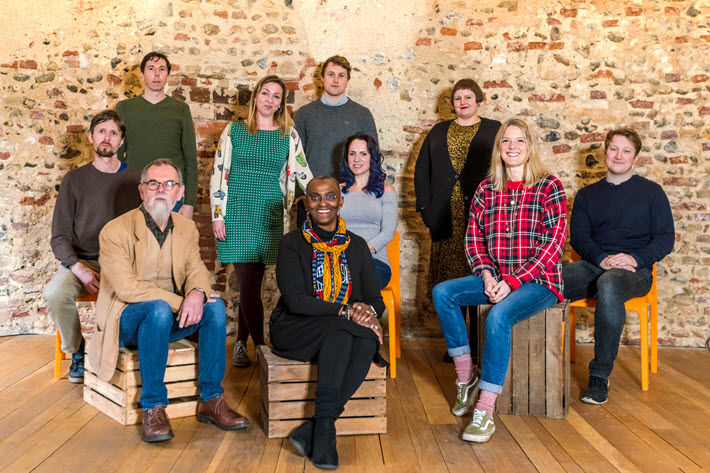 The UK’s National Centre for Writing in Norwich today (November 15) has issued a call for 2020 applications from fiction writers in eastern England, in a talent-development program called the Escalator Talent Development Scheme.

The effort is to support “under-represented voices,” and what’s specifically meant by that is “early career writers who self-identify as [being] from a working-class background, or whom wouldn’t ordinarily have the opportunity to benefit from this kind of support.”

The rationale: “Working class voices remain critically under-represented in contemporary fiction,” and the center in Norwich wants to continue addressing that fact by widening its existing program. Some of the messaging for the program includes the line, “If you feel this opportunity is ‘not for you,’ you may be just the writer we’re looking for.”

Those whose applications are selected will get a 10-month package of support including five sessions of one-on-one mentoring with an experienced writer; a retreat based at the National Centre with its restored 15th-century Dragon Hall facility; workshops and development sessions; and a showcase event with an audience of invited guests and industry professionals.

Escalator is the name of the program—called a scheme in British English with none of the negativity that American English normally attaches to the term—and it’s been up and running for 15 years, “supporting more than 100 writers,” per organizers, “at the beginning of their careers, many of whom have gone on to sign with agents, publish and win awards and critical recognition for their writing.

On Thursday evening (November 14), the center held a program at London’s Free Word Centre, presenting the participants in its 2019 group emerging writers and introducing them to agents and publishers, a crowd reported to have included representatives of Am Heath Literary Agency, Blake Friedman (also an agency), and the publisher Hodder & Stoughton, part of the Hachette portfolio.

Those 2019 program writers presented during the evening were a group of 10, rather than six, the number to be offered mentoring in the coming year:

The writer who mentored Perry and Slade in the 2019 program is Ross Raisin, whose God’s Own Country was published in 2009 by Penguin. Raisin is quoted from the evening’s events, saying: 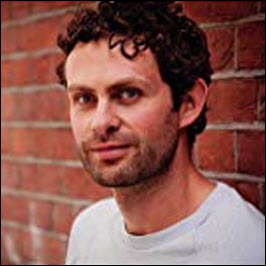 “Mentoring, when it works well, is never a unilateral occupation,. It’s a relationship, between writers. It’s also, for the mentor, a privilege to be so deeply involved in another person’s work, helping the writer to understand their project and process more fully, as well as tuning the eye that will before long return to the mentor’s own writing.

“The Escalator scheme has been a very enjoyable experience for me.

“Observing my two writers, Rob and Emily, commit to and progress with their novels, energizes my own practice and has given me the opportunity to get to know two lovely people, two ambitious writers, who should be proud of their achievements so far.”

Megan Bradbury, Michael Donkor, and Kate Worsley are mentors for the program, and they’re former participants in the Escalator Talent Development Scheme. In fact, Donkor was mentored by Daniel Hahn, an author many readers of Publishing Perspectives know better as a leading UK-based translator.

In a prepared statement, Donkor is quoted, saying, “I’m delighted to return to Escalator as a mentor and to have this chance to collaborate, share, learn with, and learn from writers at this important stage in their careers. The Escalator scheme challenged and encouraged me to think about storytelling in radically new ways, and I hope I can offer similarly energizing and exciting ideas to my mentees.”

And Peggy Hughes, the Norwich center’s program director, is quoted, saying, “Escalator offers talented new writers a series of opportunities to work with professional writers, meet people in the industry and spend time focusing on their work in a supported and creative way. It’s a very special program that has seen huge success over the last 15 years, bringing writers and stories from the East of England to national and international readerships.

“This year we’re focusing on writers from working-class backgrounds or backgrounds where access to the world of books and writers might otherwise be limited.”

If chosen for the program, a writer gets:

For those considering applications, there’s an FAQ here. A list of mentors is here. And the application page is here.

More from Publishing Perspectives on publishing and book award programs is here, and more from us on the UK market is here.