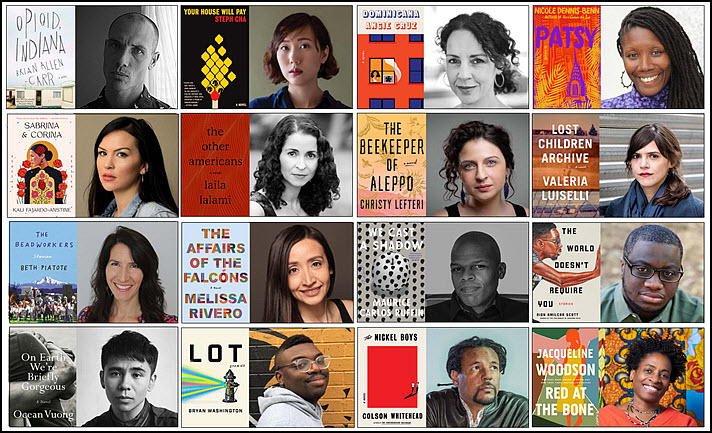 Focused on socially relevant fiction, the Aspen Words Literary Prize has six debuts among its 16 longlisted titles for 2020, is third year. 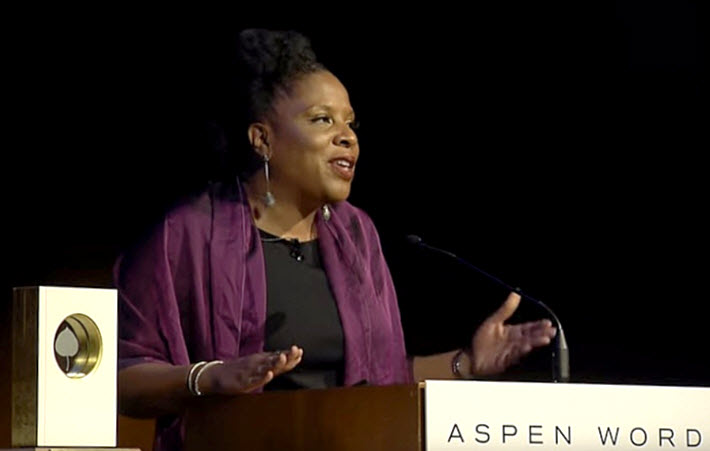 The program’s organizers write that the prize “is awarded annually to an influential work of fiction that … demonstrates the transformative power of literature on thought and culture.

“Open to authors of any nationality, the award is one of the largest literary prizes in the United States, and one of the few focused exclusively on fiction with a social impact.”

It was given to Mohsin Hamid in 2018 for Exit West (Penguin Random House/Riverhead, 2018), his novel about migration and refugees. Hamid’s work also drew the most votes of the 141 titles nominated by international libraries for the 2019 International Dublin Literary Award.

And the prize last year wen to Tayari Jones for An American Marriage (Workman/Algonquin, 2019), her novel about racism and unjust incarceration. As Publishing Perspectives readers will recall, Jones’ book won the UK’s Women’s Prize for Fiction in June.

A shortlist of five titles is expected on February 19, and the winner is to be named at a ceremony at the Morgan Library in New York City on April 16. The winner is also to be flown to Aspen in the week of June 21 for a special event. 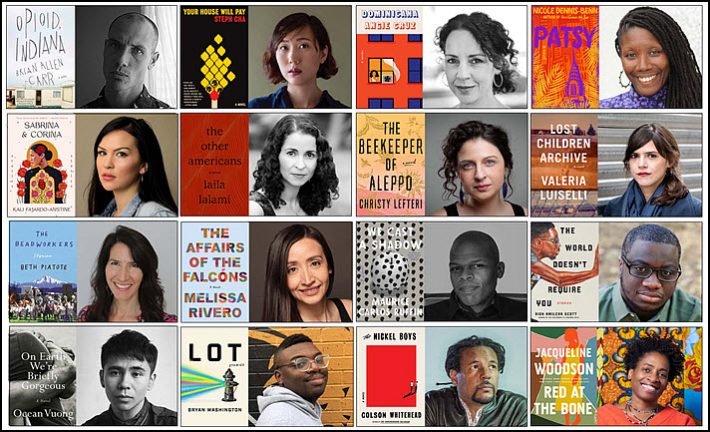 The longlisted titles are sorted here in order of the authors’ names.

In a prepared statement, Adrienne Brodeur, the executive director of Aspen Words, is quoted, saying, “Fiction can help bridge divides across political, racial, and socioeconomic lines.

“This year’s longlist includes titles that grapple with many of our biggest contemporary challenges—racial injustice, family separation and immigration, opioid addiction. But they are also stories of triumph and hope—a reckoning with colonial history, a reclamation of the American Dream, a reflection of human resiliency, and a celebration of so many voices left out of conventional literature.”

The longlist is chosen by a selection committee, members of which read and rank all the submissions in a given year, and those selection committee members are chosen “based on their experience as readers in MFA programs, in the publishing industry, for the Aspen Summer Words workshop applications, or in other capacities that require extensive, thoughtful reading and evaluation of literature.”

The jury, then, which takes over with the announcement of the longlist, comprises “one Aspen Institute stakeholder; a literary scholar or social scientist; an Aspen Words stakeholder; and two notable authors who have written fiction that aligns with the goals of this prize.”

On the jury this year are Alexander Chee, Amy Garmer, Saeed Jones, Helen Obermeyer, and Esmeralda Santiago, and NPR Books is the media partner of the Aspen Words.

The award program is a part of the umbrella Aspen Words suite of programs, established in 1976, and focused on various issues in writing and editing. In addition to the prize, the suite of Aspen Words programming includes:

Below is a video produced from the 2019 award ceremony by the program. Audio and the tape of the event begin at time code 5:30.