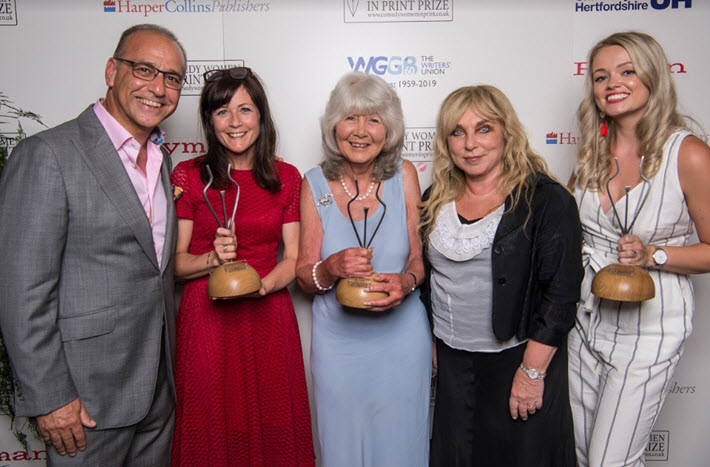 Funny women who write, Helen Lederer decided, needed award recognition. So she started a prize program. This is its second year. 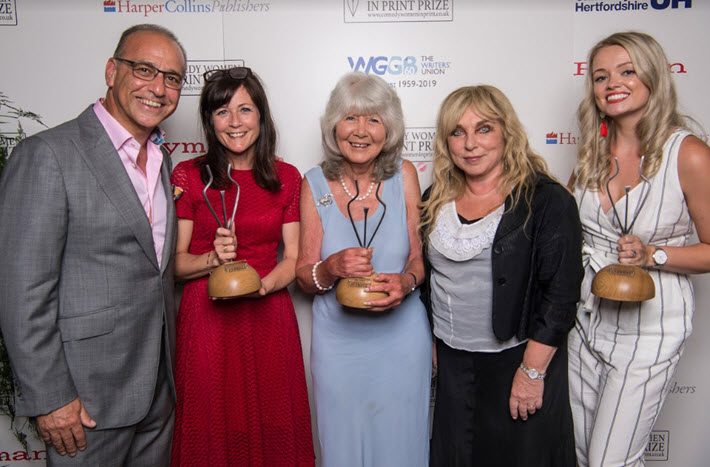 An awards program still new to many, the Comedy Women in Print Prize is described by its organizers as the UK and Ireland’s “first prize to shine a light on witty women.”

Of course such award winners as the recently named 2019 Booker Prize co-laureates Margaret Atwood and Bernadine Everisto may not think of themselves as working without wit, but this award’s more apt key value, as its name implies, is humor.

And today (October 25), the program has opened submissions for its second year of operation, again with support from HarperCollins, the University of Hertfordshire, and The Writers’ Guild, along with the Author’s Licensing and Collecting Society (ALCS) and the University of Falmouth. The deadline for submissions is March 2. 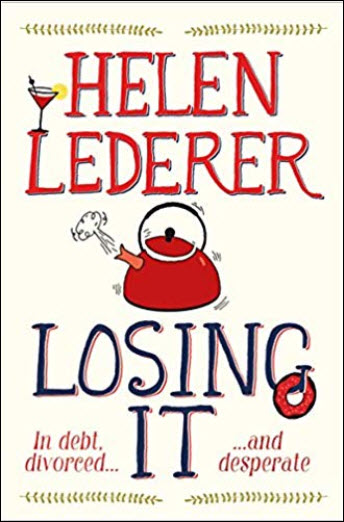 The Comedy Women in Print (CWIP) program was established at the Edinburgh Fringe in August 2018 by Helen Lederer, the actress (Absolutely Fabulous: The Movie, 2016) and comedian whose 2016 book Losing It: In Debt, Divorced, and Desperate, is from Pan Macmillan.

In response to what Lederer says is a lack of support and visibility for female comedy writing, the program tells us, and as a way of discovering and nurturing new talent.

2019 Unpublished Comedy Novel Award: Kirsty Eyre was the winner of the Unpublished Novels Award for Cow Girl, securing a publishing deal with £5,000 advance (US$6,412) with HarperFiction UK.

Abigail Mann’s The Lonely Fajita won the runners-up prize of a funded MA course at the University of Hertfordshire.

Authors shortlisted for the Unpublished Novels Award were Helen Doyle for The Ladies’ Guide to Finding Love; Jo Lovett-Turner for New Year at the Duck and Grapes; and Lotte Mullan for Love is Strange.

Jilly Cooper, CBE (the Rutshire Chronicles) was given a lifetime achievement award.

This year, a third award is to be given, for a humorous graphic novel, and this is being developed with LDComics, a UK women-led comics forum.

Entrants for the published award can be of any nationality but must be over the age of 18 and have written a novel of at least 85,000 words.

For the unpublished category, entrants are asked to submit a one-page synopsis and the first 5,000 words of their comedy novel, which, when completed, must be at least 85,000 words in length.

Entries to the comic graphic novel award must be published no earlier than March 1 of last year.

Entrants to these awards can be of any nationality but must be older than 18.

In a prepared statement for the announcement of the second year’s awards, Lederer is quoted, saying, “The support and interest in CWIP has been overwhelming and [is] proof that this prize had to happen.

“The testimonials from the authors lifted my spirits. Witty writers have really progressed because of the prize and in so many different ways. In fact, the support for each other via CWIP has been a revelation.

“For our second year we decided to go large and include a ‘published humourous graphic novel’ category … so we can shine a light on women’s wit in this important arena together.”

And Nicola Streeten, for LDComics is quoted, saying about the new partnership with the prize, “LDComics is working in association with CWIP to support the new prize category because it reinforces the mission of LDComics: changing the world through comics and our objectives of championing and supporting women graphic novelists and comics artists.”

The 2020 program is expected to produce longlisted titles and authors by April 20, a shortlist by June 1, and a winners’ event in July.

More from Publishing Perspectives on the world industry’s many publishing and literature awards is here.