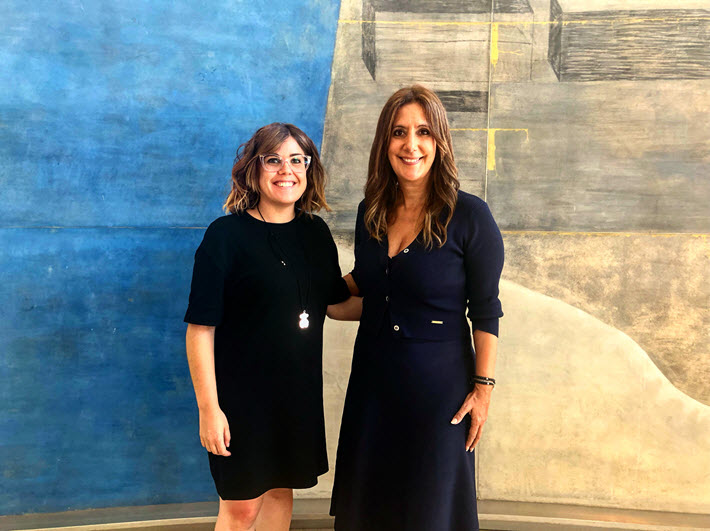 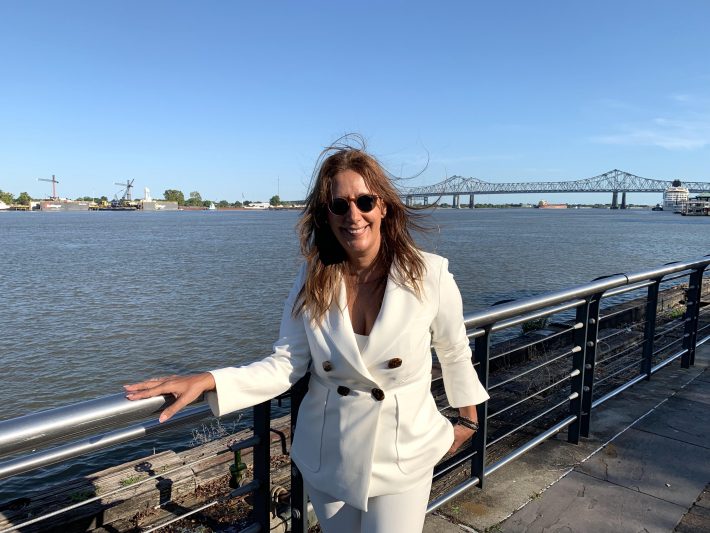 Redondo’s Return to ‘Spirituality and Mysticism’

Early in September, a group of Spanish journalists embarked on a press trip to New Orleans with the bestselling crime novelist Dolores Redondo and her agent, Anna Soler-Pont. 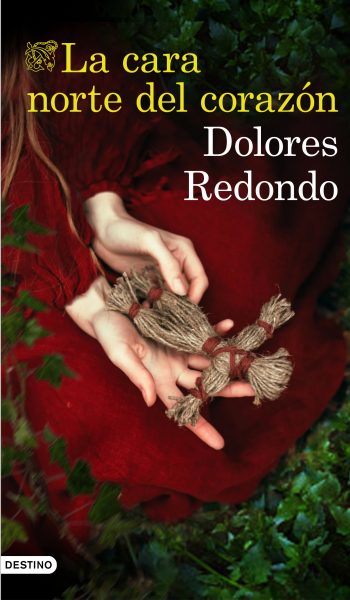 The author had traveled to the city several times to research her new book, just out this month, La cara norte del corazón (The North Face of the Heart, Planeta, October 1). It’s the prequel to Redondo’s Baztán Trilogy, which has sold more than a million copies in Spain alone and has been translated into 36 languages. Frankfurter Buchmesse trade visitors will no doubt hear that the German rights have been sold to Random House’s btb verlag.

In the new book, for which the initial print run in Spanish was 200,000—with an exceptionally large Catalan first printing of 15,000 copies—readers will find the Baztán Trilogy’s main character, Amaia Salazar, to be a rookie detective with the police force in Navarra, sent to the United States on an exchange program between the European crime unit, Europol, and the FBI.

Redondo tells Publishing Perspectives that she first became interested in New Orleans in 2005 during the events surrounding Hurricane Katrina.

“What happened afterward,” she says, “the fact that people were abandoned … people had to leave their dead, it was a human catastrophe with such violence. I thought, what honor they have, what courage. And then there’s a constant, which is magic and voodoo, just the way it is in Baztán, with witchcraft that people have integrated naturally” into their lives.

Redondo has always been fascinated with magic and religion, with ancestral fear and evil as an entity.

“When Christianity meets mysticism and paganism,” she says, “it’s the shock of old and new, with the older religions having to do with natural cycles of the earth, harvests, animals, and humans birthing. Procreation meant richness. Humans would communicate with spirits. There were solstices and rites of the earth, rituals that Catholicism buried.”

New Orleans, Redondo says, was just as she dreamed it would be. The owner of the hotel where she was staying said there was a vampire living across the street and they had “a pact. There was the symbolism of Mardi Gras, and that a certain color protects your house.”

In La cara norte del corazón, Amaia Salazar and an FBI team investigate a serial killer who makes his assaults during natural disasters in order to disguise his crimes. Because of Katrina, Redondo says, law-enforcement personnel “were without labs, phones, the Internet. It was like an investigation during the Stone Age. They had to use their instinct.”

In the end, Redondo says she found in some of New Orleans’ people traits shared with those of the Basque country—a strong link to spirituality and mysticism and deep roots in both the sea and the earth. But in New Orleans, she says she also found heat and sunshine, whereas in the Basque country, “There is the stigma of not seeing the sun. People always think of Spain as a tropical place with beaches. I explain the fog and the pine trees, and the North as a concept, not just a cardinal point.”

‘The Invisible Garden’ Now on Netflix 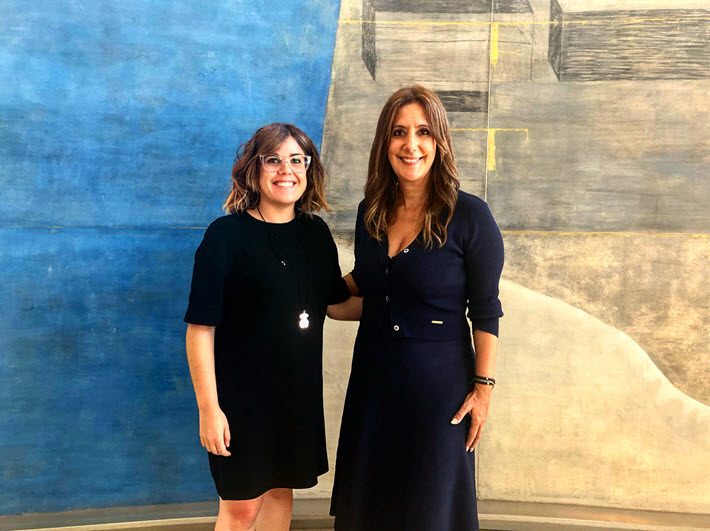 Prior to her work on the new New Orleans prequel, Redondo had stepped back from the noir microcosm she’d created and set in her native Basque country.

When her books first became known, she says she was surprised to find how interested readers were in “the rites of a small village in the Basque area. But then I learned about the universality of fear and how there are similar cultures.”

She was busy with the success of her 2016 novel about secrets in a patrician family from a wine-growing area of Galicia. Todo esto te daré (All This I Will Give to You, Planeta) sold approximately 500,000 copies in Spanish, 25,000 copies in German, 35,000 copies in English, and 30,000 copies in French. It’s on track to be published in 22 languages.

Pontas Films, the film division of Redondo’s literary agency, is developing a screen adaptation of Todo esto te daré, which it will co-produce with the Spanish production house Filmax. Additional rights have been sold to a French production company to adapt the story for a television series set in Brittany. 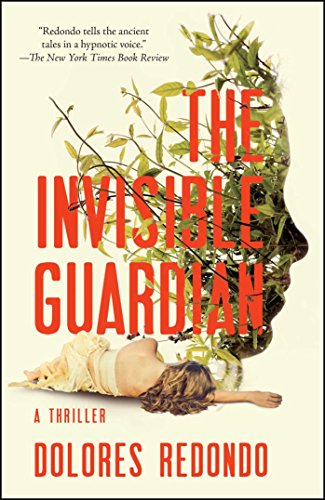 It has only been six years since Redondo published the first Baztán Trilogy volume, El guardián invisible, (The Invisible Guardian), which Publishing Perspectives covered in 2013 here. Her rapid climb to success has been remarkable. The English translation by Isabelle Kaufer was published by Simon & Schuster’s Atria Books in 2016.

At forty-something, she had studied law and gastronomy and had written one novel which failed to get much attention. She sent The Invisible Guardian manuscript off to several agencies, including the Barcelona-based Pontas. Anna Soler-Pont says that at the time she was busy concentrating on the international side of her agency. But her partner, Ricard Domingo, read half the manuscript and was sold.

“We really felt it was unique,” says Soler-Pont, “and we sold translation rights to six languages before publication in Spanish. For a completely unknown author it was very special.”

The acquiring editor at Destino, Silvia Sesé is now at Anagrama and also published Stieg Larsson’s Millennium Trilogy. She anticipated the success of the book and organized a press trip to the Basque country.

“I was staying at the Hostal Trinkete near the river in Elizondo,” recalls Soler-Pont. “I told the owner, ‘Get ready, you’ll be booked solid.’ He was like ‘Whaaat, who are these crazy Catalans?’”

Soler-Pont also sold the film rights to the Baztán Trilogy before the first volume was out. The Invisible Guardian is now on Netflix in its 2017 production directed by Fernando González Molina, who also directs the coming second and third films from the trilogy. The screen adaptation of the second book in the trilogy, Legado en los huesos (The Legacy of the Bones) is scheduled for release in Spain on December 5. The third film, Ofrenda a la tormenta, is in post-production for a Spanish release on April 3.

As the trilogy grew in popularity, a related tourist economy developed around the Baztán valley and Elizondo, the village in which the stories are set. Pastry shops  revived the traditional lard-based txantxigorri biscuits that Redondo’s descriptions brought back from obsolescence. The same phenomenon has happened in the Ribeira Sacra region where Todo esto te daré is set.

Literary tourism around Redondo’s work is hardly a surprise. Her novels are highly atmospheric, and the settings are as much characters in her work as people are. But with La cara norte del corazón, it’s the first time she has imagined a location other than one in northern Spain.

And Soler-Pont says that Redondo has plans for five more novels.

“There’s so much fantasy in her,” Soler-Pont says. “I admire her creative process, but also how focused she is. She listens to us about pacing things, so she doesn’t burn out. She lives from her writing so we need to make sure that she can do this her whole life.”

Soler-Pont, whose agency is represented again this year at Frankfurt’s LitAg in the Festhalle, lists the following foreign rights sales, so far, for La cara norte del corazón:

More from Publishing Perspectives on Spain is here, and more from us on international rights sales is here. 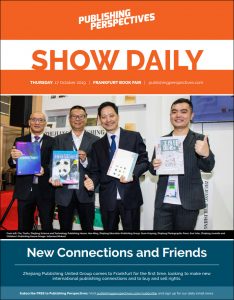 This story originally appeared in the Thursday (October 17) edition of our Publishing Perspectives Show Dailies at the 2019 Frankfurter Buchmesse.

You can download free copies of our Show Dailies in PDF: