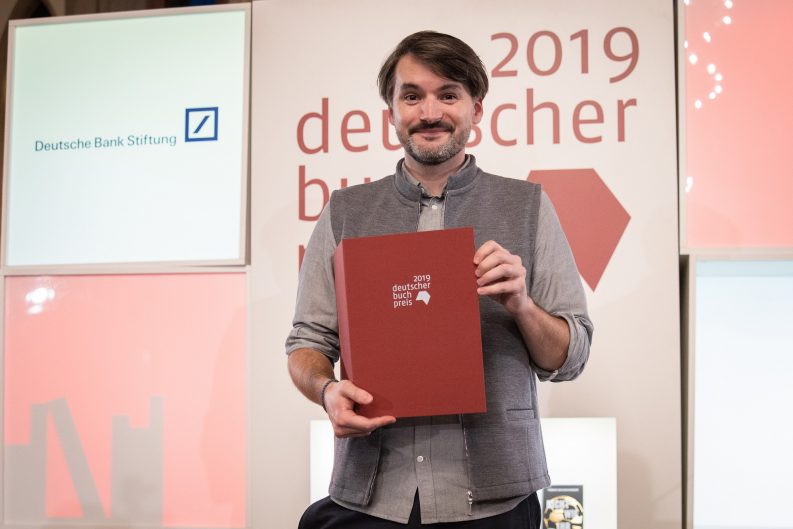 Bosnian-German author Saša Stanišić is the 2019 German Book Prize winner for ‘Origins,’ about recollection and identity. 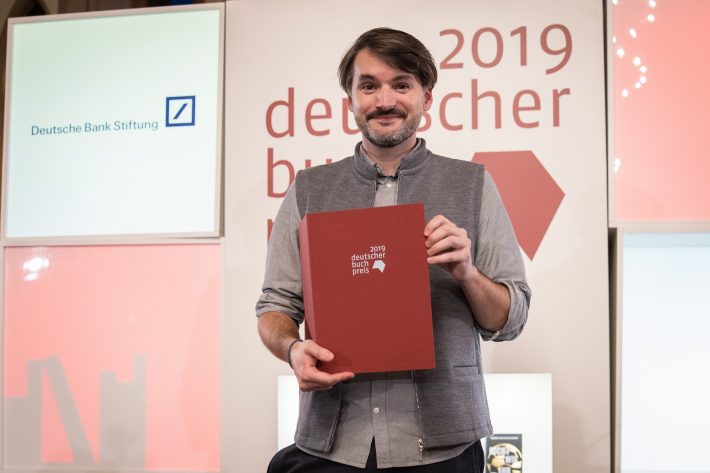 This year’s German Book Prize, one of the highest recognitions of German-language fiction, goes to Bosnian-German writer Saša Stanišić for his novel, Herkunft (Origins), published by Luchterhand / Random House Germany in March 2019. 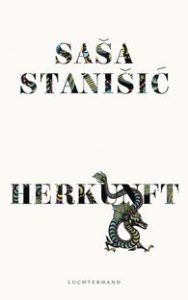 In announcing the winner on Monday evening, October 14, the German Book Prize jury said about the book and Stanišić, “With great humour, he counters the narratives of historical misrepresentation with his own stories. ‘Herkunft’ (‘Origins’) is a portrait of a present that constantly re-tells itself anew – with the result that a ‘Self-Portrait with Ancestors’ becomes a novel about a Europe of life journeys.”

This is the second time Stanišić has received attention from the German Book Prize. His debut novel, Wie der Soldat das Grammofon repariert (How the Soldier Repairs the Gramophone) was shortlisted for the 2006 prize. This semi-autobiographical novel of the Bosnian war became a bestseller in Germany, won the Leipzig Book Fair Prize, and has been translated into 31 languages.

According to the Random House Germany site, foreign rights to Herkunft had already been sold to China (Horizon), Croatia (Fraktura), France (Stock), Italy (Keller), and Korea (EunHaeng NaMu) before the prize-winning announcement was made.

This year, the German Book Prize jury reviewed 203 submissions before narrowing the field to the six-title shortlist in mid-September and announcing a winner on October 14.

The German Book Prize, with funding from the Deutsche Bank Stiftung, is awarded annually by the Stiftung Buchkultur and Leseförderung des Börsenverein des Deutschen Buchhandels and in partnership with the Frankfurter Buchmesse and the city of Frankfurt am Main.

The winner receives a purse of 25,000 euros and each of the five finalists receive 2,500 euros.