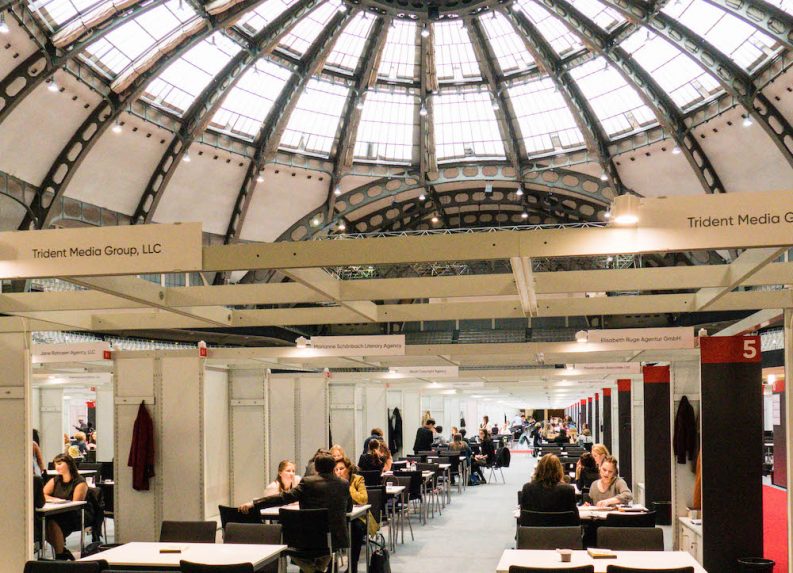 At the Literary Agents & Scouts Centre’s new home in the Festhalle, agents tell us about their hot books at this year’s Frankfurt Book Fair. 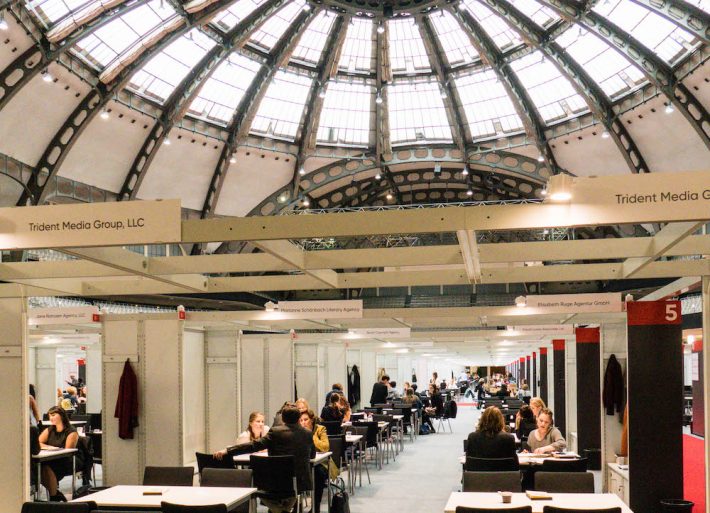 In the Festhalle, where the Frankfurter Buchmesse’s Literary Agents and Scouts Center is located this year (Image: Johannes Minkus)

The Literary Agents & Scouts Center (LitAg), located this year in the historic Festhalle near the Frankfurter Buchmesse‘s entrance, on Tuesday morning was filling up with agents and publishers. Agents were happy with their new location, but some publishers were late to appointments not having realized the LitAg had moved. The Publisher’s Rights Corner this year is one floor up in a separate room. Here’s which books just a few of the many agents are excited to talk about this year in Frankfurt. 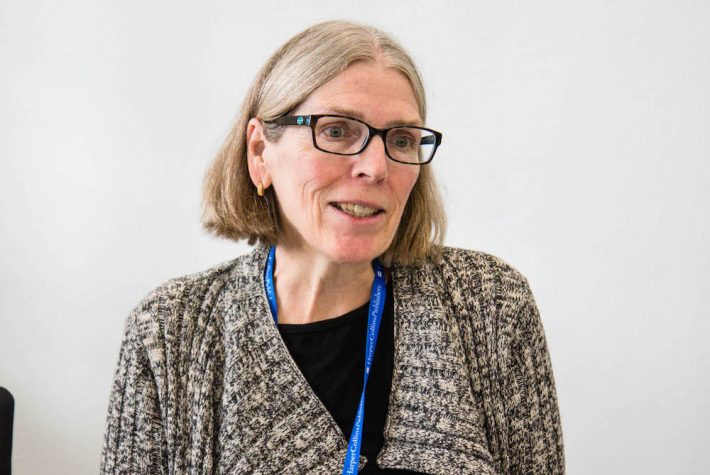 The HarperCollins team from New York—which includes Carolyn Bodkin, Catherine Barbosa Ross, Janice Suguitan and Kate Falkoff—has a number of titles they’ll be selling, but two of the biggest are memoirs by Demi Moore and Debbie Harry. Demi Moore’s Inside Out, co-written with Ariel Levy was released September 24th and hit No. 1 on the New York Times bestseller list for non-fiction the first week it was published.

Deals with Hungary, Russia, and Bulgaria have closed, and there have been offers in multiple territories. Debbie Harry’s Face It, published October 1st released this week in Germany with Heyne Verlag, and has sold to Planeta in Spain.

“Since it was an embargoed book this is the first week we’re going live with it,” said Carolyn Bodkin.

Also in non-fiction, HarperCollins is selling Love Yourself Like Your Life Depends On It by Kamal Ravikant, on the transformative power of self-love. Originally a self-published book that sold 300,000 copies, the HarperCollins publication is a revised edition. It has sold in Germany, the Netherlands, Brazil, Spain, Japan, the Czech Republic, and Slovakia.

In commercial women’s fiction HarperCollins points out the “new, talented voice” of Liv Constantine, (the pen name of sisters Lynne and Valerie Constantine) and the debut thriller, The Last Mrs. Parrish. 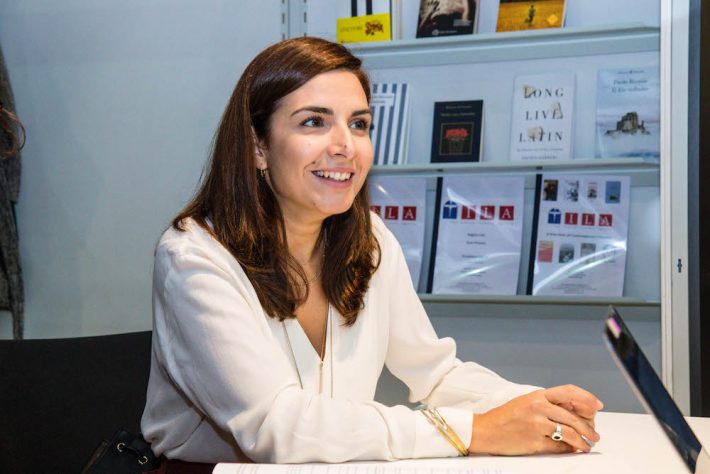 The Italian Literary Agency is still riding high on the success of Antonio Scurati’s M, the Son of the Century, which won the Strega Prize last July. The agency is in Frankfurt with a debut novel, L’Esercizio (The Exercise) by Claudia Petrucci, sold at auction in Italy, to be published with La Nave di Teseo in early 2020 as a lead title. It’s described as a dramatic psychological thriller that is also a love story.

The agency is also selling Andrea Tarabbia’s novel, Madrigale Senza Suono (Soundless Madrigal), which was published by Bollati Boringhieri and won the 2019 Campiello prize. Set in the 16th century, it recounts the true story of Carlo Gesualdo, a nobleman who wrote madrigals but also murdered his wife who was betraying him.

Back in contemporary Naples, film director and author Roberto Andó’s forthcoming Il Bambino Nascosto, (The Hidden Child) is about a friendship that develops between a tormented man and a young boy fleeing the Neapolitan mafia. 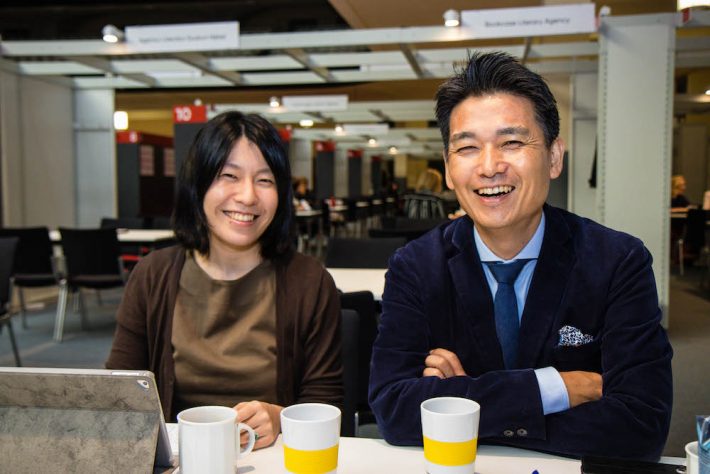 At the Japan UNI Agency, Takeshi Oyama and Izumi Yoshioka are selling Fumio Sasaki’s Goodbye Things, the New Japanese Minimalism, which has been published by Norton. It’s a philosophical, deeper way of thinking about simplifying your life, said Oyama.

Musician, poet, and novelist Durian Sukagawa’s new book The Shinguku Cat is already selling well in Asian countries. It’s the story of a tiny street in Tokyo’s Shinguku neighborhood where a mysterious young woman works as a fortune teller in a bar. She is often accompanied by a cat who comes and goes in the bar. One day the fortune teller disappears. One of Sukagawa’s former books, Tokyo Delicacies, was adapted for film and presented at the Cannes Film Festival in 2015. 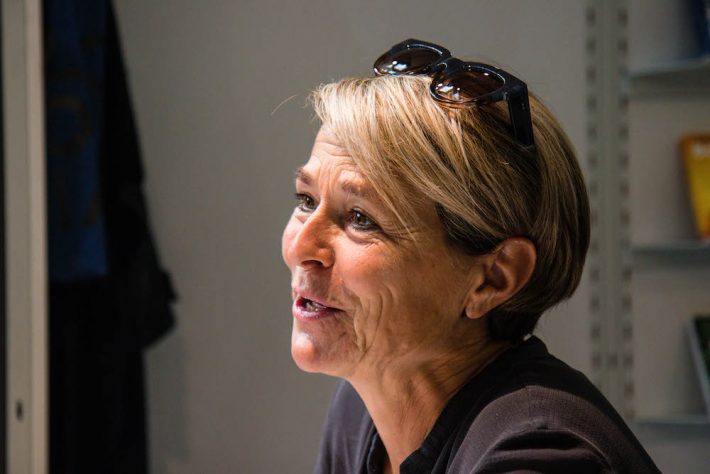 Monica Gram at the Copenhagen Literary Agency is selling Icelandic crime author Ragnar Jónasson’s White Death, the sequel to his Hulda series, about a female detective.

Also in fiction, Gram represents Danish author Anne-Sophie Lunding-Sørenson whose Happy Hour, the last book in her trilogy set in the underbelly of Denmark, is just out. TV and film rights have been optioned.

In non-fiction, journalist Tom Buk-Swienty had access to Danish author Karen Blixen’s letters and a diary just released a year and half ago. The result is The Lioness, Karen Blixen in Africa, an account of Karen Blixen’s life that is able to delve far deeper into her personal evolution. Rights have been sold to Penguin Verlag in Germany, Gaïa Editions in France, and Ediciones del Viento in Spain. Nordisk Film is developing The Lioness as a feature film.