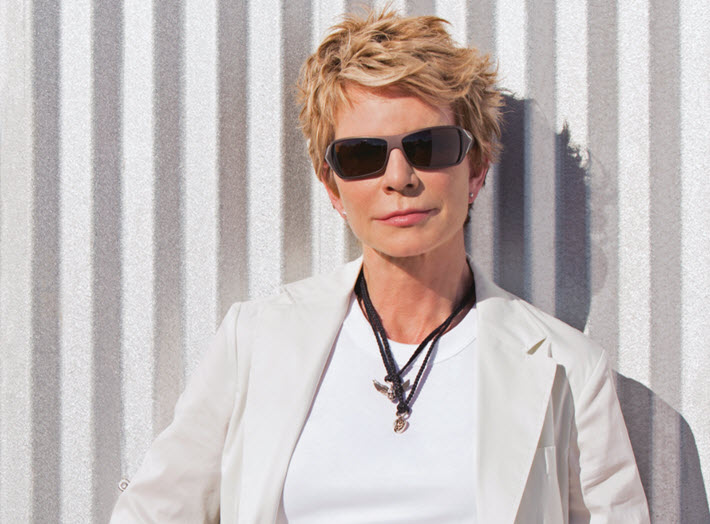 Patricia Cornwell’s ‘Quantum’ is the curtain-raiser for a series that takes the bestselling author into a new realm of exploration and storytelling. 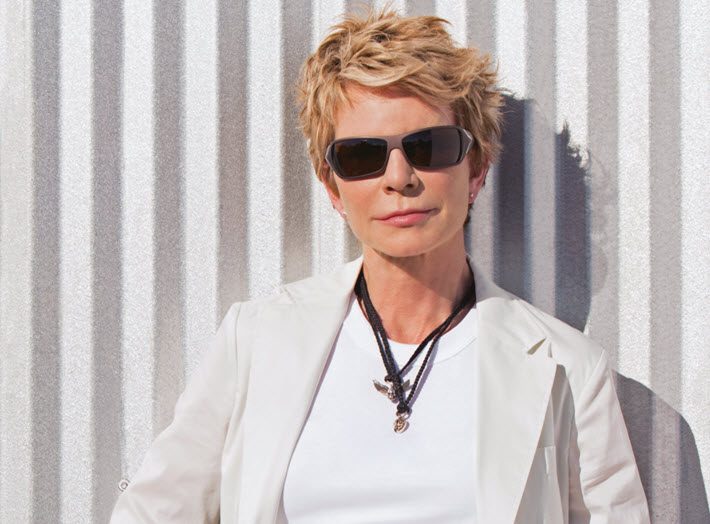 ‘I’m Doing It To Put a Face on Space’

You don’t expect an author with more than 100 million copies of her books sold into 36 languages and 120 countries to tell you that she’s out on a limb. 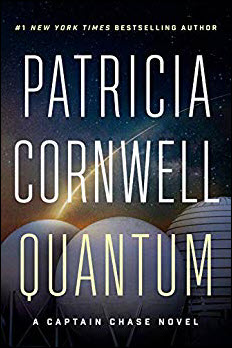 But Patricia Cornwell tells Publishing Perspectives in an interview from London that one of “the challenges I did not anticipate” in writing her new novel Quantum (October 1) was a lack of the structure that has effectively served her through at least 29 New York Times bestsellers, starting in 1990 with Postmortem.

With her long-running main character, the medical forensic examiner Dr. Kay Scarpetta, “I’ve had an in-built formula called a procedural,” Cornwell says. “And in the course of that, you might get a huge dose” of storytelling energy “from a forensic fire investigation.

“But I don’t have a procedure for this. This is going to have to segue more into the world of spying and dealing with the enemy that can harm you remotely, someone you can’t seen, not the guy crawling through your window.”

And the guy interviewing her onstage about new Scarpetta novels, for that matter, hasn’t in the past been the former director of NASA’s Langley Research Center, either. But there he was, David E. Bowles, earlier this month, at NASA Langley, chatting with Cornwell at the Pearl Young Theater about Quantum for a private audience of space industry specialists.

The pivot here is a huge one for a writer so deeply vested in a career of crime writing. 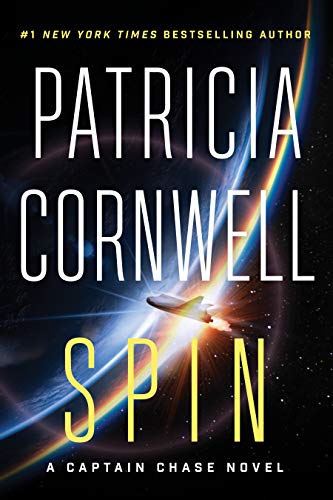 Cornwell is boldly going into space, and with Spin, the second novel in her new series set for an August 2020 release, “We’re going to be launching people,” she says, into a new world of storytelling in which “the whole chemistry had to change. I had a lot of time to spend on that, trying to figure out how you tell the story when it’s not a murder mystery and is never going to be.”

If anything, a murderer might look pretty good by the time she gets deep into her new series. “Because in this world of technology” she’s capturing with the help of the space-industry advisors she’s spent two years with, one wrong move “can result not only in fatalities but mass fatalities.

“If you hijack a rocket and send it in the wrong direction, you could kill thousands of people.” And when “you’re not dealing with the psychopath, the serial killer, the jealous stalker, you basically aren’t going to have neat tidy endings.”

That doesn’t, however, mean you can’t have a thriller. From the book:

“Not that Mom wouldn’t understand the sleight of hand required if we’re to keep certain information under wraps and away from the scrutiny of those nations and entities that would be much too interested. My NASA mother would understand. But she can’t be told that the Low Earth Atmospheric Reader wasn’t actually launched two weeks ago. Something else was that isn’t simply another scientific instrument for measuring ozone or global warming, or deflecting space debris moving 10 times faster than a speeding bullet.

“I’m quite confident Mom has no clue about what’s actually being installed in about three hours during a complicated and dangerous EVA. She’d have to be in bed with the intelligence community to be aware.”

‘We Judge People in Ways We Shouldn’t’ 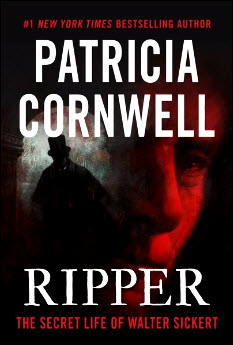 In making such a dramatic change in her writing trajectory, Cornwell has returned to Amazon Publishing, to editorial director Grace Doyle’s Thomas & Mercer imprint, with which the author first worked in March 2017 on her nonfiction Ripper: The Secret Life of Walter Sickert.

She says she liked the experience of working with Doyle and her team, with the marketing power of Amazon’s retail muscle, and with the Kindle in Motion tech that’s applied to the ebook editions of her work in Seattle.

In her new Capt. Chase series—Quantum is the first title in the series—Cornwell has created a new “heroine for the 21st century,” as Doyle describes Capt. Calli Chase, a NASA physicist, pilot, and an aspiring astronaut.

Chase’s twin sister Carme is a decorated military officer, also with her eyes on space travel but potentially getting into the dark side with a recent disappearance that sends Calli Chase into the tunnels below Langley Research after a terrifying flash forward.

“Shoving wadded bloody paper towels into the trash . . . Didn’t see it coming when I showed up for my assignment . . . Exactly 21 minutes ago . . . Glancing every other second at the digital time glowing green between the American and Space Command flags in polished wooden stands . . . Darting about, water drumming in the sink.”

One of the most grounding elements of Cornwell’s work in the new novel is her understanding of the down-to-Earth nature of how space exploration is made.

Her insider familiarity with the space program has helped her understand that “Calli and Carme grew up on a farm. Their parents worked for NASA but they were simple people,” and you get this in flashbacks to the twins’ home life.

“A lot of those people who work at NASA and especially in Virginia,” she says, “I had to joke, I said they all look like ZZ Top. I see people walking down the halls at Langley with blue hair, overalls, and beards down to their waists. And they’re geniuses. And that in itself is a lesson about how we judge people in ways we shouldn’t.”

Cornwell started her own career in Virginia, too, some 30 years ago as a journalist and medical examiner officer in Richmond.

But don’t expect this new Cornwell work to stay at ground level. Give her a chance, and the author starts talking origin stories and the importance of a space program that the United States has let drift too long in the world’s hearts and imaginations. She wants you looking up and out.  And even if “ancient astronauts” is a concept that appeals to you, she won’t let you stay there for long.

“If somebody left or colonized another planet” to create what we know as our lives on Earth,” she says, “shouldn’t we be thinking about doing the same thing? You think Earth is going to last forever? Not the way we’re treating it, it won’t. So I think everybody needs to believe in space because space believes in us.”

‘Something Wonderful. Or an Atom Bomb’

In developing her new work, Cornwell didn’t stop at NASA. She also did research at the Sierra Nevada Corporation, an electronic systems provider and systems integrator specializing in microsatellites, telemedicine, and commercial orbital transportation services. And she went to Blue Origin, Jeff Bezos’ aerospace and sub-orbital services company in Kent, Washington.

The new series “is going to lead up to what I would call a kind of origin story when we find out who this woman is, and her twin, and what they’ve been put on Earth to do.”Patricia Cornwell

For decades, she tells us, “I took people into the forensics lab, I took them down into documentation, I spent a lot of years showing you what you’re not. You’re not a serial killer. That’s not what we’re put here to be. And you’re not a highly intelligent person put here simply to clean up messes that weren’t necessary to begin with.

“How about we think higher now? If you believe in the things I do, and you believe in space, and you believe in electromagnetic energy, then you have to start wondering what we’re really made of. All of this is esoteric and complicated, but it’s important. I want people to think about something that makes them better.”

And in talking to Cornwell, you remember why everything NASA does is called a mission, She’s on one, altering the course of a career in which she has nothing to prove. She’s moving into a parallel flight pattern with rapidly developing new industries in space travel.

So snarled are we in grotesque political battles of corruption and vulgar bullying that we need to look up and out and to remember, “It’s not just about putting a flag on the moon,” as Cornwell puts it. All is not competitive. All is not venal.

“We need to be asking, ‘Why are we doing this?'” she says, and remember the reasons we look to space and watch for origin stories. Without a beat, she references Michelangelo and the Sistine Chapel. “Fingers touching,” she says. “Guess what happens. Something wonderful. Or an atom bomb.”

Quantum, she says, “is a bit of a prelude. It’s going to lead up to what I would call a kind of origin story when we find out who this woman is, and her twin, and what they’ve been put on Earth to do. There’s been a plan afoot since they were born. You’re going to find out about that later.”

And for all the technological sophistication of the theoretical and practical elements of her new work, Cornwell quotes not only the late Stephen Hawking—”We are the product of quantum fluctuations in the very early universe”—but also the 13th-century poet and theologian, Rumi: “Do not feel lonely, the entire universe is inside you.”

“I’m doing this because I think it needs to be done,” Patricia Cornwell says. “To put a face on space.”

More from Publishing Perspectives on Amazon Publishing is here, more from us on Thomas & Mercer is here, and more on Patricia Cornwell is here. 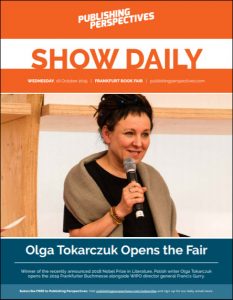 This story originally appeared in our Publishing Perspectives Show Dailies at the 2019 Frankfurter Buchmesse on Frankfurt Wednesday, October 16.

You can download free copies of our Show Dailies in PDF: