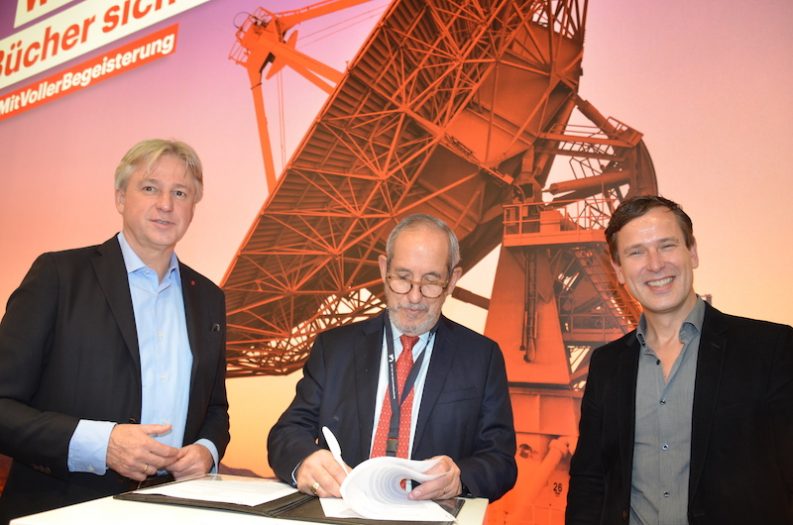 A new metadata solution is coming to Mexico, as Frankfurter Buchmesse and MVB signs a cooperation agreement with CANIEM to launch Metabooks Mexico. 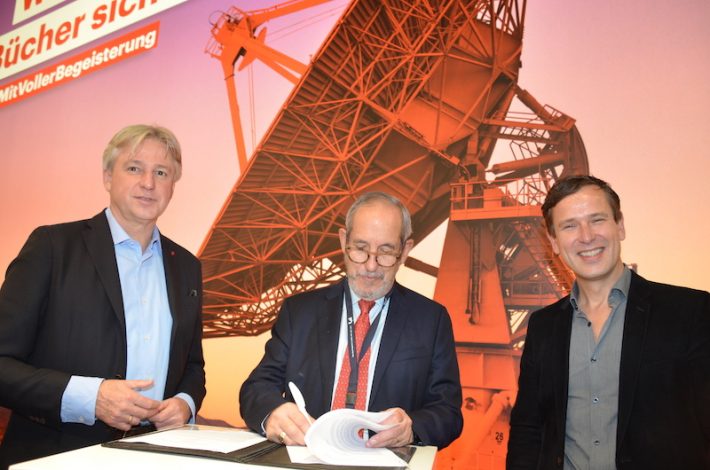 Following the rapid gains in just three years of Metabooks Brasil—which last month announced having more than 100,000 active titles for the Brazilian market, in addition to 20,000 “off-catalog” titles for research needs—it’s being announced that Metabooks is launching in Mexico together with the Mexican publishers association and Frankfurter Buchmesse.

“We make books more visible to the world,” said Schild. “The Mexican book market is currently at an important turning point. Several major publishing houses, the publishers association and, in particular, the large bookstore chains were looking for a suitable metadata solution. Our main strength is our comprehensive service for connecting customers technologically, which we actively use to support the change process taking place in the market.”

The Cámara Nacional de la Industria Editorial Mexicana, or CANIEM, is the publishers’ association for the market. And by the end of the year, a Spanish-language version of Verzeichnis Lieferbarer Bücher (VLB)—the catalogue of books in print used in the German-speaking world—will be supplying the Mexican book market with standardized metadata.

The new Metabooks system is scheduled to be launched at the book fair in Guadalajara at the end of November. The metadata database will be operated by a joint venture in which MVB and Frankfurter Buchmesse will hold equal shares.

As many Publishing Perspectives readers know, Mexico is Latin America’s largest Spanish-speaking book market and has been growing steadily for years, with total sales of roughly US$1.8 billion. Some 30,000 new titles are released each year and the current number of active titles is approximately 110,000.

In a prepared statement, Ronald Schild, managing director of MVB, is quoted, saying, “The Mexican book market is currently at an important turning point. Several major publishing houses, the publishers association and, in particular, the large bookstore chains, are looking for a suitable metadata solution.

“We therefore spoke with all key market players over the past three years, enabling us to gain solid insights into the relevant infrastructure. We used a Spanish-language demo version of the Metabooks system, which made it possible to collect data for future operations. Our main strength is our comprehensive service for connecting customers technologically, which we actively use to support the change process taking place in the market.”

“Frankfurter Buchmesse has had close ties to Mexico’s publishing industry for many years. CANIEM and Mexico’s publishers have been longstanding participants at Frankfurter Buchmesse, which, in turn, has had an ongoing presence in Mexico through its participation at trade conferences such as CONTEC Mexico and its organization of German collective stands at Feria del Libro in Guadalajara.

“Together with MVB’s technological expertise and the support provided by CANIEM, we’ll quickly be able to professionalize the management of metadata in Mexico.”

Juan Luis Arzoz Arbide, president of CANIEM, describes the sharp need for such metadata management in his market, saying, “The effort involved is enormous. In extreme cases, the distribution of metadata to various retailers can require up to 10 hours of work for one single title. In addition, the entire workflow is highly susceptible to errors. There have been repeated cases of two titles having the same ISBN.

“Visibility is another problem. Smaller publishing houses sometimes have to wait up to six weeks until the metadata on their new publications is entered into the systems used by booksellers. Having an effective database is therefore not about prestige, it’s an urgent necessity if we want an efficient book trade. We are very pleased that we now have two expert and reliable partners on our side for this important undertaking: MVB and Frankfurter Buchmesse.”

So successful has the Metabooks Brasil venture been that today, almost 500 publishing houses and imprints use the platform’s standardized metadata to present product information on their books. That’s equivalent to a market share of 75 percent, as measured in sales.

MVB has also announced that it will introduce another of its products to Brazil: Pubnet, its North American EDI community for the book trade. The market leader in Canada and the United States, the system organizes ordering processes between publishers and booksellers using an electronic data interchange (EDI) format, a global standard. In 2017, the system processed more than ten million book-order transactions.