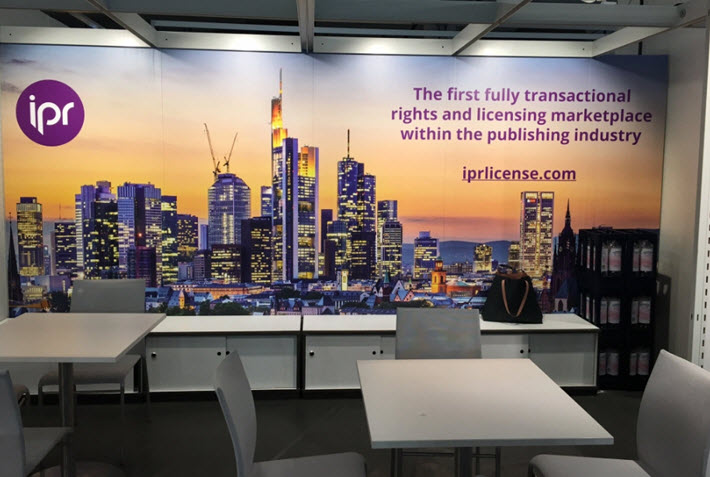 Having started with S. Fischer, Holzbrinck now has added its other publishing divisions to the IPR License Instant Permissions system. 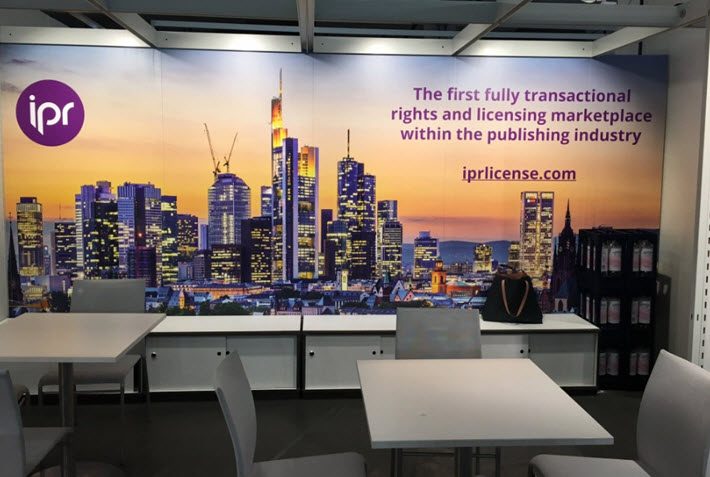 The IPR License at a past year’s edition of Frankfurter Buchmesse. Image: IPR License

By Porter Anderson, Editor-in-Chief | @Porter_Anderson
The marketplace for publishers to trade rights globally, IPR License, has continued to expand its global permissions network by announcing that it has signed up all the publishers of Germany’s Holtzbrinck Publishing Group.

As Publishing Perspectives reader will recall, IPR began its relationship with Holtzbrinck in signing S. Fischer in Dec ember.

And now all four publishers are using the IPR Instant Permissions tool to automate their permissions business. This ensures an easy, efficient, and cost-effective process that provides the maximum return on investment for their permissions deals.

The publishers currently have more than 56,000 titles available on IPR.

In a prepared statement on the announcement, Katharina Winter, S. Fischer Verlage’s legal counsel and head of the rights department, is quoted, saying, “We want it all: a high international visibility for our authors’ works—including in permissions, quotes, and other uses.

“At the same time, our authors’ rights need to be preserved and exercised in a fast and user-friendly way. The IPR License platform helps us with all these aims, so we’re excited to have our titles included.”

Peter Kraus vom Cleff, COO of the Holtzbrinck group, also is quoted, saying, “Partnering with IPR and its innovative services allows us to continue to offer the best possible services for our authors in a challenging market.”

And Thomas Minkus, Managing director at IPR License, says, “We are very happy to now have all German Holtzbrinck publishers on board. S. Fischer, which has been using our platform since December 2018, has already granted substantially more permissions than before and we look forward to supporting the rest of the group achieve the same success.”

Established in 2012 to address a specific gap in the market, IPR License provides a dedicated online portal that enables rights holders to complete domestic and international licensing deals. Rights listings on the IPR platform have been viewed by rights buyers in  at least 185 countries and 161 languages.

IPR had its first investment from the Frankfurter Buchmesse in May 2015. In April 2016, Frankfurt acquired control of the company, with Copyright Clearance Center (CCC) retaining its minority stake.

Holtzbrinck is a family-owned media company based in Stuttgart. It operates in more than 120 countries worldwide.

More of Publishing Perspectives’ coverage of IPR License is here. And more from us on rights trading in publishing overall is here.