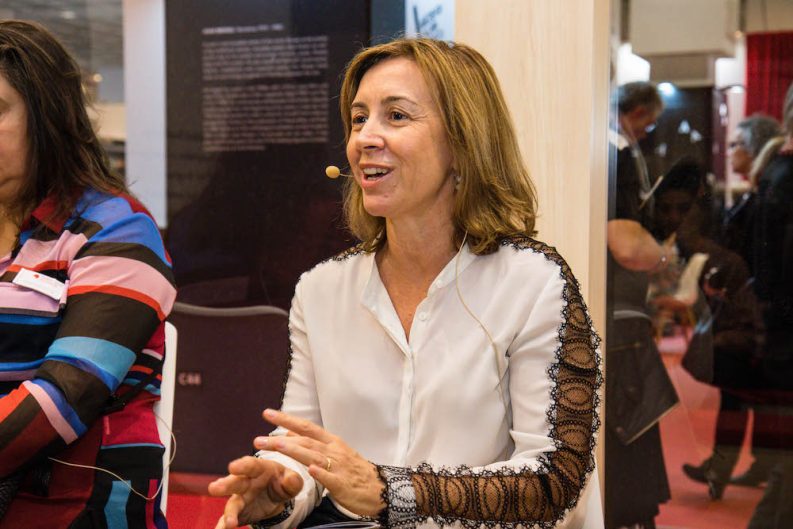 Ramping up activities for its 20201 turn as Frankfurt’s Guest of Honor, Spain launched expanded translation funding and presented book market statistics at the fair. 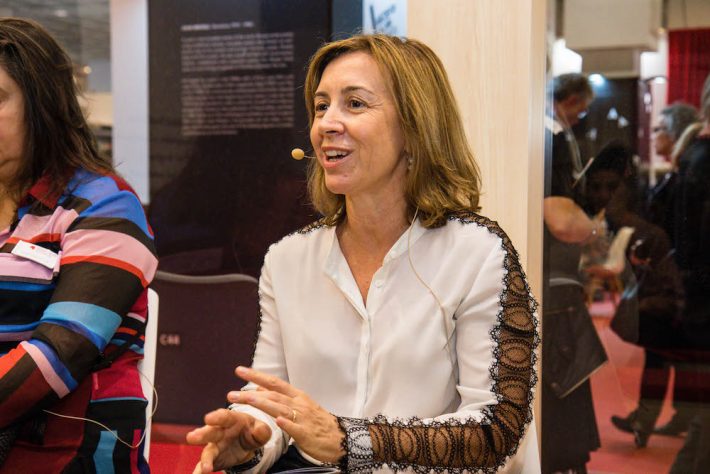 Miguel Barrero Maján, president of the Federación de Gremios de Editores de España, the Spanish publishers association, Marifé Boix García, the book fair’s director of development for southern Europe and Latin America, and Elvira Marco the Commissioner for Spain Guest of Honor 2021 spoke at a press conference on Thursday at the fair to give an overview of Spanish publishing and talk about translation funding possibilities. As a way of introduction, Marifé Boix García noted that there are 230 exhibitors at the fair from Spain and 28 literary agencies. Besides the Spanish stand, the autonomous communities of Galicia, Catalonia, Valencia, and the Basque County have their own stands in Frankfurt.

Spanish is spoken by more than 570 million people (in Spain and Latin America), and official languages in Spain include Catalan, Basque, and Galician. Book publishing is the leading cultural industry in Spain, said Miguel Barrero. It represents 3.2 percent of Spain’s GDP, and publications in Catalan, Basque, and Galician make up approximately 12 percent of the total turnover. The publishing industry is located, for the most part, in two cities, Barcelona (50.8 percent) and Madrid (42.4 percent).

The industry is in its fifth year of growth following a devastating 40-percent drop in the market; in 2018, the gross turnover was €2.3 billion (US$2.5 billion).

Translations account for 17 percent of all titles published each year, with English leading, followed by French and then German.

Elvira Marco presented the translation funding project launched specifically for Spain’s presence as Frankfurt Book Fair’s guest of honor in 2021. Designed to increase awareness of Spanish authors and literature, the Acción Cultural Española (AC/E), a public entity, is open to 2019 applications from foreign publishers for German, English, French, Italian, and Dutch languages until December 10, 2019, with a €200,000 (US$222,000) endowment. The budget for 2020 will soon be announced, said Marco.

Foreign publishers who have acquired rights can apply; fiction, nonfiction, and all literary genres including poetry, theater, and graphic novels will be considered.