Štiks’ works have been translated into 15 languages. Fraktura publisher Seid Serdarević says he has high hopes for this murder mystery and political reflection in one complex story.

The breakup of Yugoslavia and the devastating violence that followed has been a fertile subject for writers from the Balkan states and has produced powerful literature. 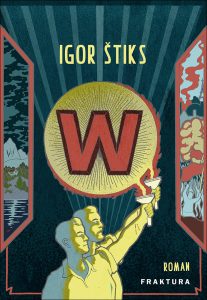 This month, the Croatian publishing house Fraktura is releasing a new novel by one of the region’s most interesting authors, Igor Štiks. W is, as described by its author, an action-packed novel that recounts an important European story with twists and turns that can be read on many levels.

As in his previous novels, Štiks again examines the political events that took place in Yugoslavia and after its breakup.

Štiks: ‘Conflicting Visions of the Future’

Štiks is a Sarajevo-born writer who fled to Croatia during the war and currently lives in the Serbian capital, Belgrade. His work positions him for many as an embodiment of the question of identity and politics in the region. Štiks’ PhD dissertation and subsequent research at the University of Edinburgh focused on the evolution of citizenship in the former Yugoslavia and the post-Yugoslav states since 1918.

And as he describes it, what the Balkan states have been through in recent history reflects many of the problems that Europe and the world at large are grappling with today. 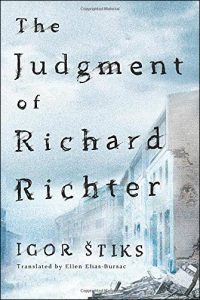 “Socialist Yugoslavia faced questions to which there were no straightforward and easy answers,” Štiks says, “especially after 1989. How to organize a union among various nations and territories—sounds familiar? How to deal with economic disparities between North and South—I’m sure you know what I’m getting at. And eventually, how to reconcile various and often conflicting visions of the future.

“If you observe the heated debates in the British parliament today,” he says, “or the discord between EU member states, you might get an idea of what we lived through before the war. Violence is always just beneath the surface.”

Štiks’ prize-winning 2006 novel Elijahova Stolica has been translated into 15 languages and published by Amazon Crossing in an English translation by Ellen Elias-Bursac in 2017 as The Judgment of Richard Richter. In the book, a World War II diary reveals a confession that leads the character Richter to war-torn Sarajevo. 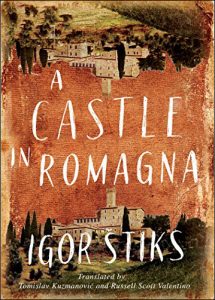 His 2001 debut novel, A Castle in Romagna—published in English by Amazon Crossing in 2018 in a translation  by Russell Scott Valentino and Tomislav Kuzmanović—alternates between Renaissance Italy and Tito’s Yugoslavia, as history ultimately repeats itself.

Štiks says he sketched out the structure for his new book, W, in 2006, but it took him another 10 years to write the novel, during which time he lived in Paris, Chicago, Edinburgh, and Belgrade “taking stock of our contemporary predicament.”

The seed for the novel was planted in 2001, when Štiks had recently arrived in Paris for his studies “just after the Genoa G8 summit and the police murder of the young anarchist Carlo Giuliani, and just a few days after September 11. The experiences of the Balkan wars in the 1990s were still fresh.

“I asked myself how on Earth the war happened in the former Yugoslavia, what on Earth is happening in this world, and what can we do now to change it? This is how a long research [project] in utopian and revolutionary movements, actors, events, and personal destinies throughout the 20th century started.”

The publishing house Fraktura’s first print run for Štiks’ W will be for 2,000 copies, twice the usual print run in Croatia, with its population population of just over 4 million. Any book that sells more than 1,000 copies is considered a bestseller, says publisher Serdarević.

He says that despite the lack of an official program to promote Croatian literature, he believes that rights sales of Croatian authors abroad are satisfactory.

“There’s a whole string of authors whose works are translated across the world,” Serdarević says, “which shows the vitality of the literary scene.

“There’s a great interest in regional authors, as well, among whom I’d like to point out Dragan Velikić and young Lana Bastašić. I anticipate that the forthcoming appearance of Slovenia as the guest of honor country at the 2022 Frankfurt Book Fair will spark an even greater interest in the literature of south Slavic countries.”

More from Publishing Perspectives on Frankfurter Buchmesse is here. And more from us on the Croatian market is here.

A version of this story was printed in our Frankfurt Show Daily for Wednesday, October 16.

Be sure to read our Publishing Perspectives Show Dailies from the 2019 Frankfurter Buchmesse. You can download free copies of them all in PDF: