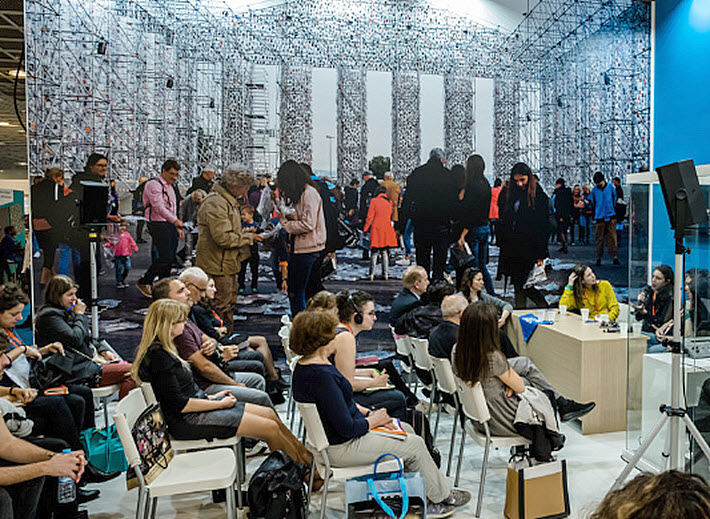 Insights into stresses on the Ukrainian cultural industries are on stage, as are aspects of the book business in India this week at Frankfurter Buchmesse. 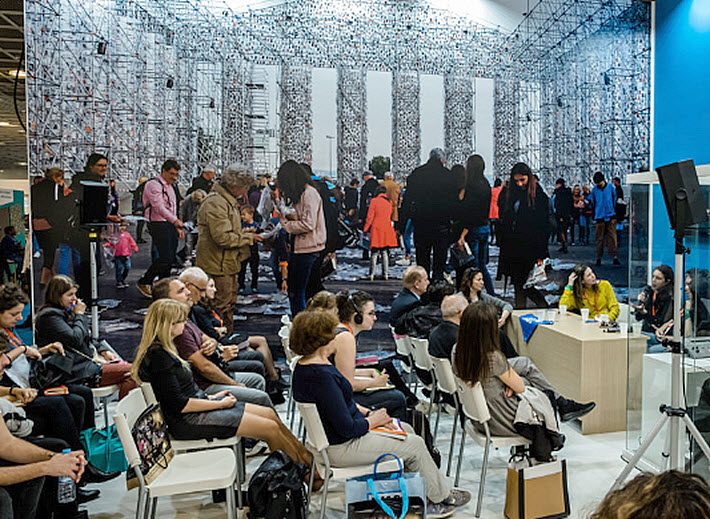 At a presentation on international publishing at the 2018 Frankfurter Buchmesse. Image: FBM, Bernd Hartung

As the press releases pile up past the wainscotting, we have word of a Frankfurter Buchmesse (October 16 to 20) presentation on the Ukrainian Book Market, set for Frankfurt Thursday (October 17) at 12 noon.

“The Ukrainian Book Market: Trends, Major Players, New/Vacant Niches and State Support,” a research report, will be announed by officers of the Ukrainian Book Institute, established to promote Ukrainian literature internationally, as well as in-country.

Ukraine has figured prominently in political news lately, of course, with a full-blown scandal in the United States around Donald Trump’s efforts to have the new Ukrainian president, Volodymyr Zelensky, produce damaging research on former vice-president Joe Biden and family. This is a chance to find out how the Russian attacks on Ukraine and other political and social pressures are affecting Kiev’s book business.

Points to be touched on include:

Briefly, these three sessions are offered:

This is a first appearance at Frankfurt for Jaipur BookMark programming, and it focuses on diversity in Indian publishing. With more than 9,000 publishers who serve nearly a billion readers, the book trade in India is now valued at US$6.76 billion, according to Nielsen estimates and the information provided in media messaging.