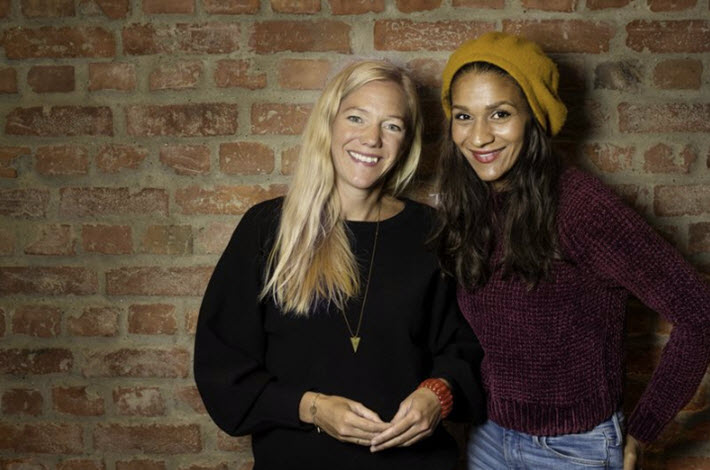 As the book’s international rights sales power on, Lunde–no stranger to film development of her work–is in a second deal with Anonymous Content’s new Nordic unit. 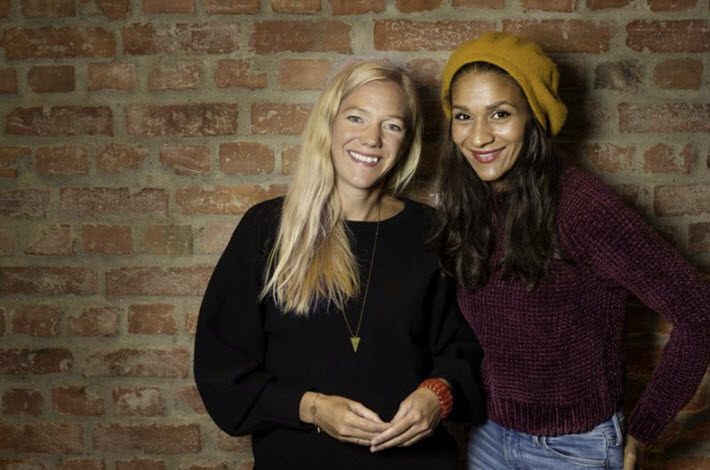 If you follow our Rights Roundups of international book rights sales, you may recall a hugely successful Norwegian children’s book called The Snow Sister. 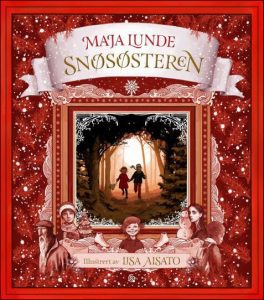 Written by the influential author Maja Lunde (The History of Bees) and illustrated by Lisa Aisato, the book was published last year by Jorunn Sandsmark’s Kagge Forlag as Snøsøsteren. En julefortelling.

Quickly becoming something of a phenom in international Christmas book sales, the title now has seen its film rights sold to Anonymous Content, the very knees-up production and management company founded in 1999 by Steve Golin and known for such recent major hits as Mr. Robot (director-writer Sam Esmail), The Revenant (director Alejandro G. Iñárritu), Berlin Station, The Wife with Glenn Close (screenplay by Jane Anderson), and many more.

As Andreas Wiseman at Deadline is writing, Anonymous Content has set up a Nordic unit, AC Nordic, in partnership with The Imitation Game and Headhunters director Morten Tyldum and producer Guri Neby of Oslo based Einar Films.

At Oslo Literary Agency, Evy Tillman today (October 4) tells us that Lunde will create the adaptation of her Christmas story for the screen, and we have seen the speed with which the book gained traction, having touched on it here at Publishing Perspectives both in November of last year and in January of this year.

The book comprises 24 chapters of content that’s “packed with mystery, snow and surprises.” It’s a full-color illustrated book and is described as a family favorite on its way to becoming a holiday tradition. 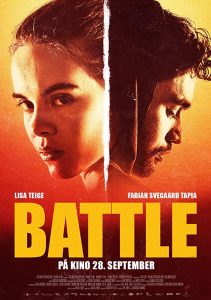 Film poster for Maja Lunde’s YA ‘Battle,’ streamed on Netflix, produced by Friland

In descriptions of the work, Kagge Forlag’s staff writes, “Soon it will be Christmas Eve, which is also the day Julian turns 11. Usually it’s the best day of the year, when the Christmas tree is decorated and the lights are lit, the air is filled with the smell of gingerbread, and logs crackle in the fireplace.

“But this year is nothing like it used to be. Julian and the family carry great grief after big sister June died. Julian thinks that Christmas is simply canceled.

“Then one day Julian meets the happy Christmas-lover Hedvig and he starts to think it might be Christmas anyway. And yet, there’s something mysterious about the house that Hedvig lives in. And who is the weird old man who keeps showing up?”

The book has been nominated for several key awards, including the Norwegian Booksellers’ Prize, the ARK Children’s Book Prize, and the 2019 Bokslukler Prize.

Lunde’s adult novel The History of Bees (2015) was a critical success that has sold into 35 territories. “It won The Norwegian Bookseller’s Prize and was the bestselling book in Germany in 2017,” Tillman says. Bees is in development with AC Nordic for a television series.

Maja Lunde’s recent screenplays include the Scandinavian noir/horror work Haunted and the Netflix acquisition Battle, a 2018 film version from Friland of her YA Battle, published in 2014.

Film rights for Lunde’s children’s book Boarder Crossing (2012) are also held with Friland, and that film is said to be scheduled for production this autumn for a release next year.

Rights Deals: Now at 26, Plus the Film Sale

More than a quarter of a million copies are reported to have been printed in Norway already, interestingly with no English-language sales as yet announced.

Maja Lunde’s ‘The History of Bees’ is also in development by AC Nordic, for a television series

Tillman updates our rights listings for it this way:

The program, open free to all trade visitors at Frankfurt, is on the International Stage in Hall 5.1, A128, and more information on this and more Publishing Perspectives Talks is here.

More of Publishing Perspectives‘ Rights Roundups are here, and more on the Frankfurter Buchmesse Guest of Honor program is here. More on the Norwegian market is here.