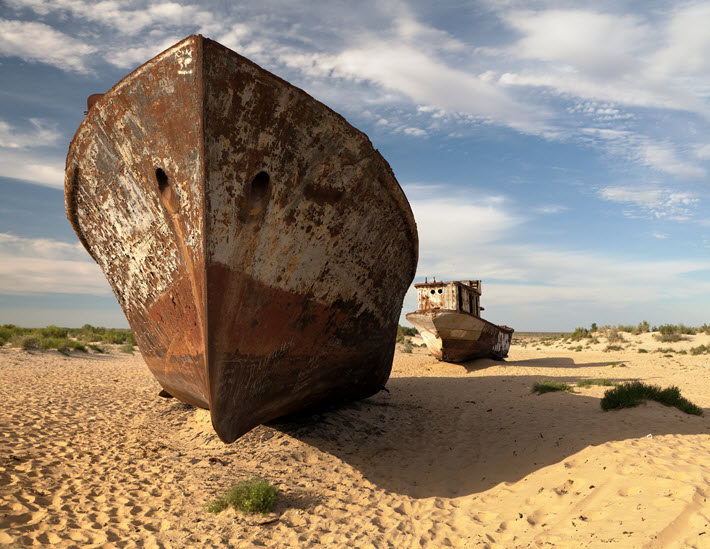 With its emphasis on the climate crisis and humans’ effects on Earth’s ecosystems, Frankfurter Buchmesse’s Weltempfang is poised to be one of the best-visited program hubs of the fair. 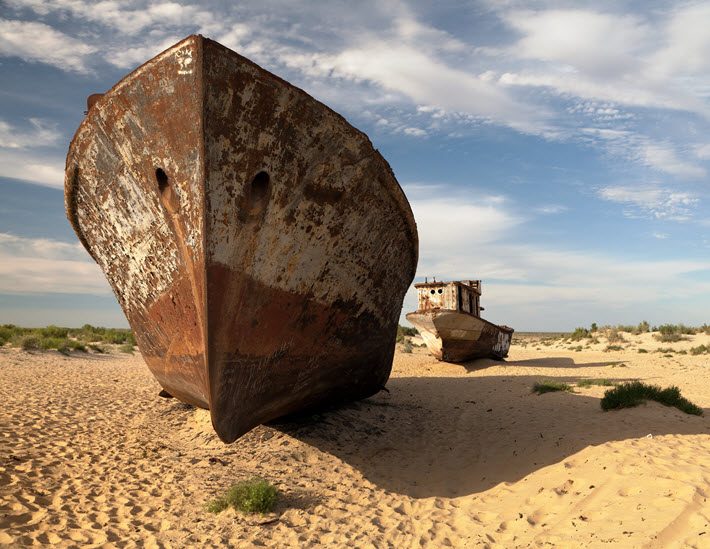 Ships in the desert that once was Kazakhstan’s Aral Sea, an ecological disaster caused by human engineering. The 2019 Weltempfang at Frankfurt is focused on the “Anthropocene: The Last Age?” in its look at the climate crisis. Image – iStockphoto: Daniel Prudek

‘How Sensitive Entire Ecosystems Are’

The Weltempfang Stage at the Frankfurter Buchmesse, located this year in Hall 4.1 B81, is an annual place for debate and inquiry, packed with programs on political, literary, and translation issues. And the 2019 programming, under the headline topic of Anthropocene, has been geared toward a topic fiercely important to many people today. Ready for another challenging term?

Anthropocene refers to “a period of time during which human activities have had an environmental impact on the Earth regarded as constituting a distinct geological age” in its formal definition from Merriam-Webster.

At Frankfurt Book Fair (October 16 to 20), the Weltempfang interpretation of the term is in agreement, referencing “the epoch in which human activity has become a key factor affecting the Earth’s processes.

Just as we’re devoting our first Publishing Perspectives Talks program to the climate crisis on Wednesday at 1030 a.m. on the International Stage (Hall 5.1, A128)—with Kazakhstani author Rollan Seisenbayev of the Aral Sea novel, The Dead Wander in the Desert—the Weltempfang is putting  much of its programming into the cause all week, with a terrifying subtitle to that epochal name: “Anthropocene: The Last Age?”

Here’s the copy setting up one of the sessions called “Four Seconds and It’s All Over? The Antropocene—the Age of Humans”:

“If you were to condense the history of Earth into a single day, modern humans would only show up four seconds before the end of the day. And yet, human beings have been the decisive factor in the global ecosystem at least since the Industrial Revolution. What are the consequences of this, how can future climate policy be shaped, and who should determine it?”

As you can see, preening blond politicians who call climate change a “hoax” have nothing to do with this programming.

“We now find ourselves in a situation in which human beings are the cause of numerous changes taking place on the planet.”Tobias Voss, Frankfurter Buchmesse

In discussing this year’s topic and approach, Tobias Voss, Frankfurt’s vice-president for foreign affairs, says, ““This topic affects us all. Every day we are confronted with media reports on climate change and natural disasters. We now find ourselves in a situation in which human beings are the cause of numerous changes taking place on the planet.

“On the other hand, people are becoming more aware of the complex ways we are dependent on the natural world and the inter-dependencies within nature itself. We are also more aware of how sensitive entire ecosystems are, how much has already been lost, and phenomena that can be neither fully understood nor controlled.

“How should we respond? And is it still possible to create a future that is ecologically stable and worthwhile? We want to use Weltempfang 2019 to explore these questions and others.”

During the week–and the program runs right through Sunday, not just during the three trade-visitor days–speakers from the political and cultural spheres will present their views. They include environmental activist Luisa Neubauer, politician Robert Habeck, sociologist and social psychologist Prof Harald Welzer and politician Prof Rita Süssmuth, along with international authors such as Guest of Honor Norway’s Maja Lunde, Elif Shafak, JeanBaptiste del Amo, Mercedes Rosende, and Patrick McGuinness.

There are more than 40 events planned for the program’s main stage and smaller “salon” area, and our colleagues at the book fair are suggesting that we highlight four points from the schedule for you.

Four of 40 Sessions in the 2019 Frankfurt Weltempfang 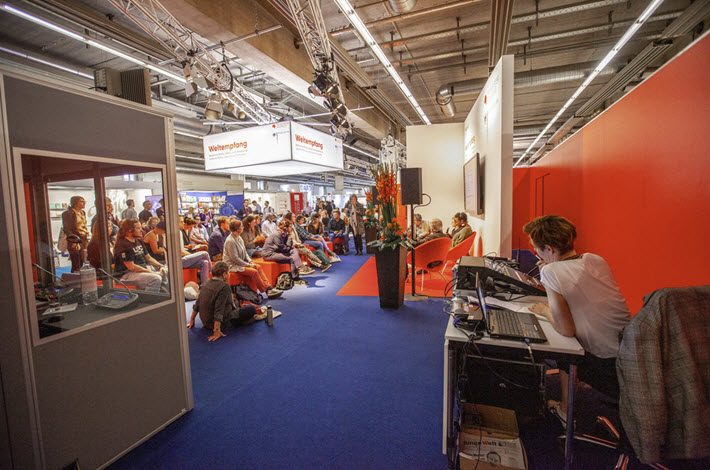 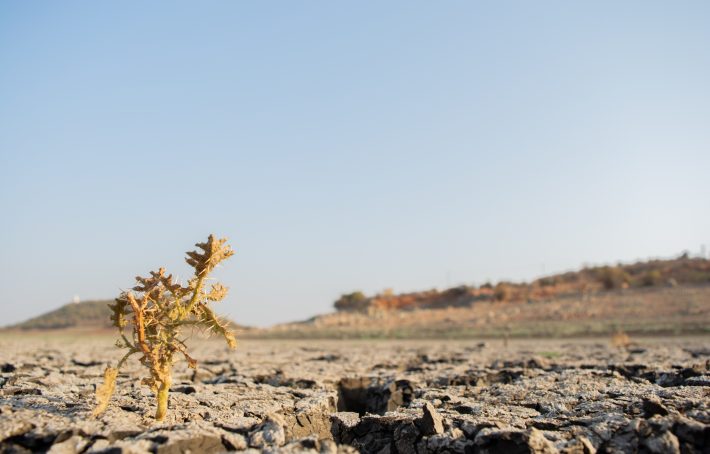 More from Publishing Perspectives on Frankfurter Buchmesse is here , and more about climate change is here.