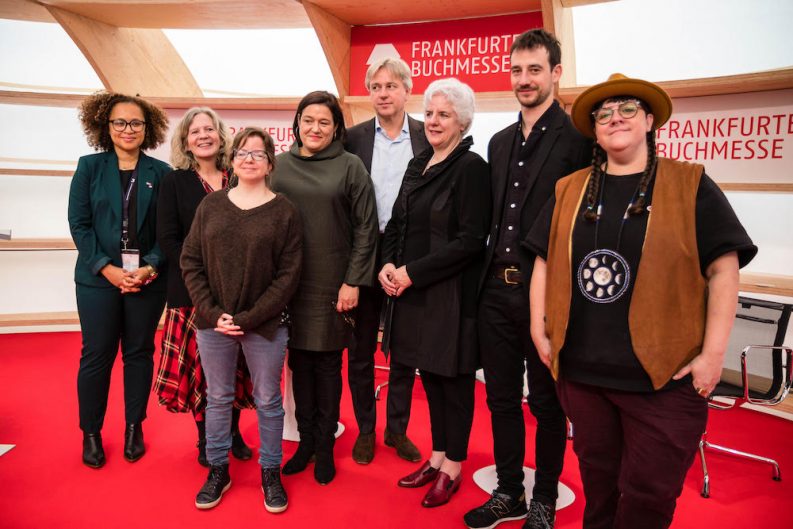 A delegation of Canadian publishers, creatives, and officials offered a preview of the country’s plans for its turn as Frankfurt’s Guest of Honor in 2020. 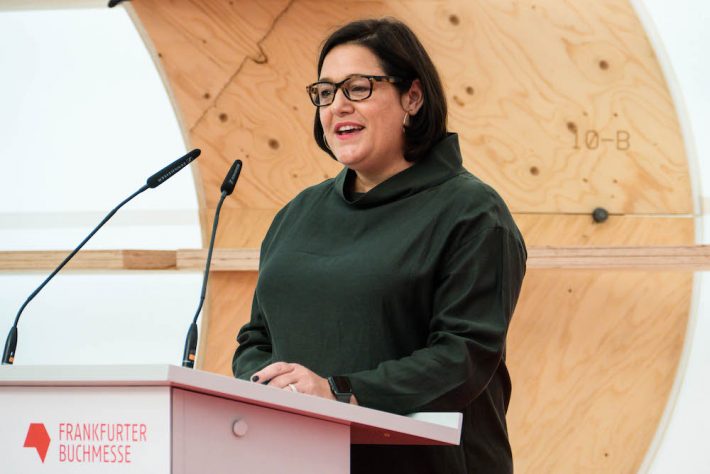 Canada promises to showcase its “Singular Plurality” when it becomes Guest of Honor at Frankfurt 2020—and it is off to a cracking start already as the driving force behind the initiative, Caroline Fortin, president of Canada FBM2020 and publisher and vice-president of Montreal-based Groupe Québec Amérique, revealed at yesterday’s press conference.

“We set ourselves the target of having 200 works translated into German, and I am proud to say that we are already nearing that goal,” she said. “Canadian literature is the sum of the diverse voices that reflect the ground swell of ideas that is Canada today,” she continued. “Canada is eclectic and multicultural, and our differences are woven into this colorful fabric that shows a nation that’s growing and striving to push further on all fronts, resulting in vibrant, creative industries.

“This is reflective of today’s Canadian literature, which more than ever, is bursting with new voices and perspectives that are reaching broad audiences. Our literature will be the star of our celebration in 2020, from rising and emerging writers and illustrators to the highly acclaimed and renowned authors. Canada will reveal powerful writing from all literary genres and from French, English, and Indigenous voices while still heralding the myriad of backgrounds that represent our country, our ‘Singular Plurality.’”

Margaret Atwood will visit the fair on Saturday to lend her support for the Guest of Honor program. Three participating authors whose names are less known internationally were interviewed on stage yesterday: J.D. Kurtness, Lisa Moore, and Christian Guay-Poliquin. Moore is from Newfoundland and spoke about the many small communities on that island which each have their own dialects. “Their language has a rhythm and power all its own, and we have the ocean close by and this ridiculous weather. We are close to the climate crisis, and all of this informs my work. We have a lot of diverse writers, a lot of indigenous voices, and I hope that the world will have a chance to discover these writers as a result of the program.” 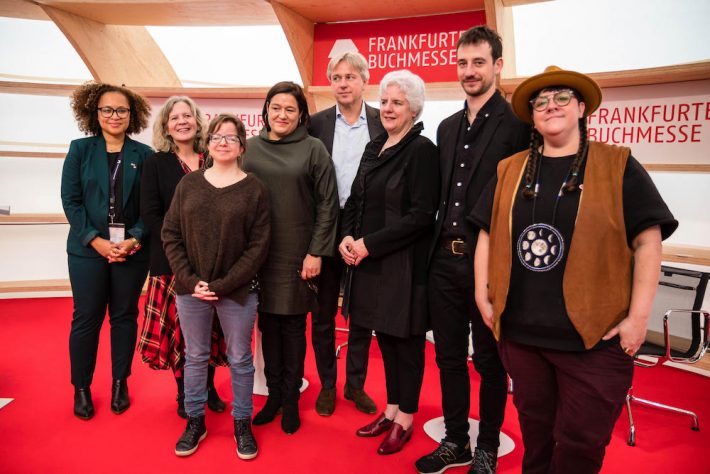 Kurtness talked about the importance of identity, and Guay-Poliquin highlighted literature’s ability “to absorb the point of view of the other,” something that is badly needed in today’s world.

During 2019 and 2020, the Canada Council for the Arts (CCA) will be responsible for the performing arts programming, complementing the efforts of other partners. CCA is also responsible for managing and coordinating a program that supports publishers by providing funding to translate Canadian works to German. All genres—literary and non-literary—are eligible. The CCA has launched three programs and approved support for more than 35 performing and visual arts initiatives, which will take place in 20 cities across Germany and Europe. More than half of those projects will be Canada focused.

The press conference also included some lovely cello playing by indigenous musician Cris Derksen, whose music evoked open spaces as well as the interior places to which literature takes us.