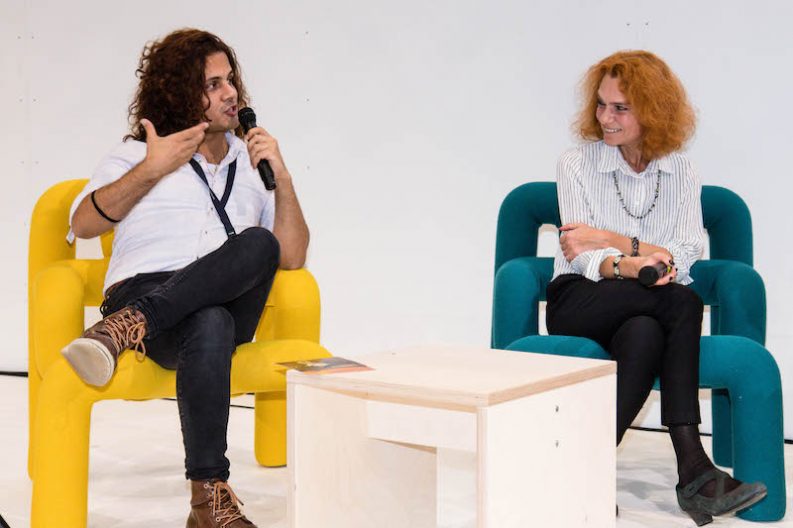 Kicking off Guest of Honor Norway’s daily focus on freedom at the Frankfurt Book Fair, a panel discussed freedom of expression and migration. 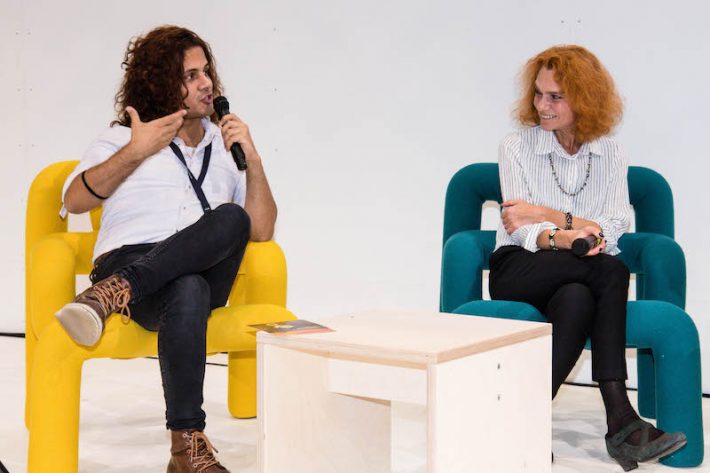 The situation in Turkey with its invasion of Kurdish land to the north and the growth of an ugly nationalism can be compared to Nazi Germany, the Turkish author Asli Erdogan told delegates at the opening of Guest of Honor Norway’s daily “hour of freedom” in Norway’s pavilion Wednesday.

“There is hysteria sweeping the country,” she said. “There are flags everywhere. People think they have been attacked. They cannot see that in the north they are attacking people who defended their land against ISIS. You have this hysteria coupled with militarism. You can only compare it to Nazi Germany. If you don’t join in the hysteria it is difficult—even remaining silent is forbidden.”

She said that she reads both Turkish and western newspapers and sees two “totally different versions of the news. In Turkey they are inverting reality. I am very scared about what will happen next, and I worry that they are planning something horrible. I feel ashamed.”

She was joined on stage by the Iranian-born cartoonist Ali Dorani, who goes by the pen name “Mr. Eaten Fish” because he came to Australia by fishing boat. He spent five years in a detention centre in Australia and highlighted the plight of refugees in a series of witty and telling cartoons that found a big audience online.

Both creators are beneficiaries of Norway’s ICORN (International Cities of Refuge Network) that now has more than 70 cities stretching from Mexico in the west to Helsinki in the east. Erdogan now lives in Frankfurt and Dorani in Stavanger in Norway. Stavanger’s mayor Christina Sagen Helgo said that 230 writers and artists had now found refuge in its network. “We are making a real difference. We take freedom of expression for granted, but it has to be fought for. I hope one day to see 100 cities in the ICORN network.”

Dr. Ina Hartwig, Frankfurt’s deputy mayor in charge of culture, said: “Offering safe refuge to writers like Asli enriches us. We have 180 nationalities in our city—we all live together and we all celebrate together. How does it not collapse? It survives and flourishes because society thrives by talking to each other, by respecting each other. It survives by doing the same things that make books possible—by protecting freedom of opinion and freedom of speech.”

Dorani remains skeptical about the prospects for Iran at present. “Changing the regime won’t change anything,” he believes. “It will make things worse.”

ICORN has helped Erdogan several times, she explained. “My crime was writing for a pro-Kurdish paper in Turkey. I had to leave, and I stayed in Krakow, but only for a year. There was a coup attempt in Turkey, and I was arrested again, but I had won some prizes and somebody must have said something because I was allowed to leave. ICORN helped me again and said there was a place to stay in Frankfurt. It was the right decision.”

Grete Brochmann, professor at the University of Oslo where her main research has been international migration, was the final speaker. A former board member of the Freedom of Expression Foundation and the Norwegian Refugee Council, she said: “Freedom of expression has a special need for protection right now. Freedom of the press is under attack in central and Eastern Europe, and Turkey has the highest number of journalists in prison anywhere in the world.

“In Europe and the US, we are also seeing attacks on science for being politicized or ideological, and this coupled with attacks on the media over fake news. These accusations have led to reduced trust. A recent report from Reuters said a great many people had a sceptical view of news. Fortunately, we are also seeing a revival of serious journalism and literature.”