Ahead of the Frankfurter Buchmesse’s Guest of Honor Norway programming in October, ‘Words Without Borders’ offers a layered, contemporary take on Norwegian literature.

Per Kristian Nygård, “Not Red But Green,” at NoPlace Gallery, Oslo, Norway 2014. Photo by Jason Olav Benjamin Havneraas. Courtesy of the artist. Provided by Words Without Borders

It’s About Those Dream(s) They Carry

As Frankfurter Buchmesse’s Guest of Honor Norway program prepares for the book fair (October 16 to 20), Words Without Borders in its September edition is featuring that beguiling title for the Norwegian pavilion in Frankfurt: “The Dream We Carry.”

This edition is introduced by guest editor and translator Kari Dickson, who has translated a wide range of work from Norwegian, including literary and crime fiction, children’s books, theatre work, and nonfiction.

Of the seven pieces presented here—a kind of pocket prep session for our Frankfurt-bound readers—editorial director Susan Harris provides us with six works of fiction and one of nonfiction, highly useful in looking forward to the extensive cultural programming that Norway’s “Norwegian Literature Abroad” program, NORLA, is preparing. In Words Without Borders’ edition for this month, you’ll find the introduction by Dickson, the essay in English, three novel excerpts, three short stories, and one nonfiction book excerpt.

And one of the concepts involved here, as Harris points out to us, is that while Norway is rated the wealthiest nation in Europe, not everyone shares in that wealth. “Works probe the struggles, conflicts, and messiness underneath the country’s pristine image,” she says. “From furious mothers to tender husbands, in class conflict and sibling tensions, the characters here reveal plans derailed and dreams unrealized.”

“The dream we carry,” in other words, may look different to different people and may be carried more happily by some than others. In fact, it’s worth noting that the Words Without Borders edition uses dreams, plural: In “The Dreams We Carry: New Writing From Norway,” and in her introduction, “Writing Dreams,” Dickson explains that she was offered a spot in last year’s translator program from NORLA, providing her with a couple of weeks’ reading time in Oslo.

Dickson reminds us that Norway’s “The Dream We Carry” guest of honor title comes from “It Is That Dream” by poet and translator Olav Hauge. “In 2016,” she writes, “it was voted the greatest Norwegian poem of all time by readers and viewers of the Norwegian Broadcasting Corporation.

“And while it may not be immediately apparent,” she tells us, “the idea of the dream we carry is a red thread running through the selected texts. However, most of the dreams in the chosen texts are either unfulfilled or broken.”

Because of Norway’s reputation in the world for affluence, happiness, and progressive standards of living, the country is “a dream that many people carry.” But, she writes. “When something shines so bright, it is often easy to forget the tarnished edges, the less desirable places and dusty, forgotten corners.”

Certainly, Dickson says perfectly something that strikes a lot of us who have surveyed and/or reported on Norwegian literature and its publishing industry, particularly as the market approaches its day in the sun at Frankfurt. In the process she voices that persistent hope so many of us have for the place and grace of translated literature in a world overrun at the moment by nationalism, xenophobia, and bigotry. She writes: 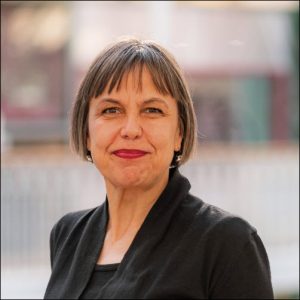 “For a comparatively small nation, Norway offers an incredible wealth of literature.

“The reality of daily life there is more complex today than ever before and this is reflected in contemporary Norwegian writing. Given the quality of this writing and the energy and drive of the publishers and literary agencies, I think there will continue to be a buzz around Norwegian literature for a long time to come, well beyond the Frankfurt effect.

“My personal dream, the dream that I carry, is that in these turbulent times with so much division and hate, translated literature can help us to understand each other better and to see what we share, so that we remain positive and resilient, and never give up on our dreams.”

In making her choices for this month’s edition of the magazine, she says, “have tried to make the selection as representative as possible of contemporary Norwegian literature in terms of content, gender, and style. To my disappointment, limitations on the number of pieces and the availability of rights prevented a fuller representation of Norway’s many voices, including those of second-generation immigrants.”

Readers, however, will find a textured, layered explication of viewpoints and nuances in this collection, meticulously introduced by Dickson.

Included in the Norway Edition 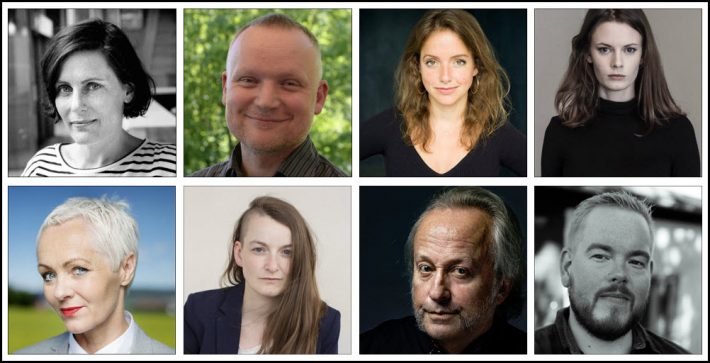 Here’s Norway’s video presentation on its “The Dream we Carry” theme for its Guest of Honor program at Frankfurt:

In its smaller feature this month, Words Without Borders offers a section presenting the four winners of its poetry contest, conducted with the American Academy of Poets and judged by poet Mónica de la Torre. Here you can find:

In a first for Words Without Borders, the poems are being rolled out on a weekly basis every Saturday to coincide with their appearance in the American Academy’s Poem-a-Day feature.

If you’re in New York City, there’s a reading of winning poetry set for Tuesday (September 17) at the Word Up Community Bookshop, Librería Comunitaria at Amsterdam and 165th Street at 7 p.m., and you can find more information about that here.