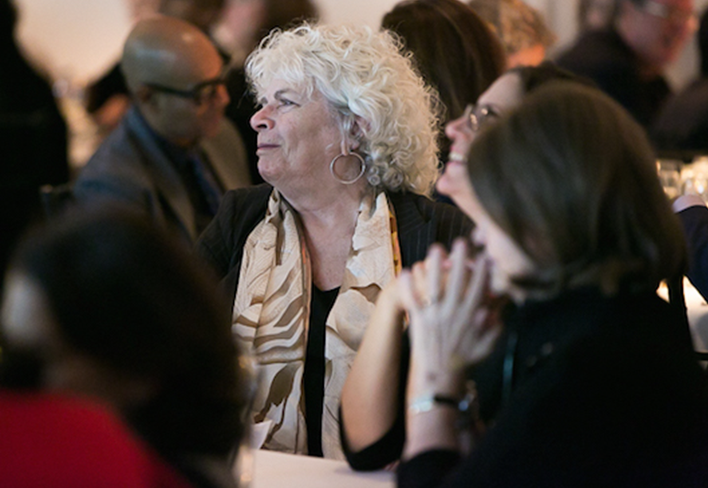 For ‘recognizing the indispensable role of translators in the literary world and beyond,’ Words Without Borders will give Edith Grossman its highest honor next month.

‘A Tireless Proponent’ of Translation

The nonprofit translation hub Words Without Borders—which produces the online magazine Words Without Borders, well known to Publishing Perspectives readers—today (September 5) has named translator Edith Grossman as the recipient of its 2019 Ottaway Award for the Promotion of International Literature.

The honor is to be presented to Grossman on October 29 at the organization’s annual fundraising gala at Tribeca Three Sixty in New York City and information on attending the event is here. A special honor, Grossman will be presented the award by Daniel Hahn, one of the UK’s most visible translators and advocates for translation and the founder of the TA First Translation Prize which honors both emerging translators and their editors. Our coverage of Hahn is here.

Grossman is a recipient of the Officer’s Cross of the Order of Civil Merit, awarded by the Spain’s Felipe VI. A Guggenheim fellow, she’s recognized as a key voice for Spanish-language literature and its place in world literature. Her translations into English have included works of  Miguel de Cervantes, Gabriel García Márquez, and Mario Vargas Llosa.

And in addition to her receipt  of the 2006 PEN/Ralph Manheim Medal for Translation and the Queen Sofía Spanish Institute Translation Prize in 2010, Grossman is the author of Why Translation Matters (Yale University Press, 2011), a collection of her essays. 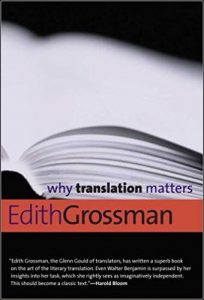 In her introduction to the book, she wrote then with prescient sensitivity to the stark political discord that today alarms so many in the world of publishing. “As the world seems to grow smaller and more interdependent and interconnected,” she wrote, “while, at the same time, nations and peoples paradoxically become increasingly antagonistic to one another, translation has an important function to fulfill that I believe must be cherished and nurtured.”

Translation, she wrote, has a special capability “to ease and made more meaningful our relationships to those with whom we may not have had a connection before. … As nations and as individuals, we have a critical need for that kind of understanding and insight. The alternative is unthinkable.”

Words Without Borders board chair Samantha Schnee, in a prepared statement for the announcement, is quoted, saying “In a career that spans over half a century—translating, teaching the art of translation, and advocating for the value of translators—Edith has truly shown us all why translation matters.”

And Words Without Borders, in its media messaging about the selection of Grossman for this year’s Ottaway, points not only to her advocacy for the literary importance of translation but also to business-world issues—such as translation credits on book covers—frequently discussed here at Publishing Perspectives.

“In action and in word,” the organization’s statement says, “Grossman has been a tireless proponent of recognizing the indispensable role of translators in the literary world and beyond, calling for fair contractual terms and speaking out against the erasure of translators’ contributions from book reviews and book covers.

“Grossman has served future generations of translators not only through her teaching but also by changing attitudes and industry practices toward translators.” 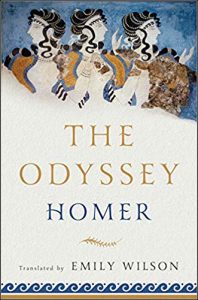 For the gala on October 29, Emily Wilson, the Philadelphia-based translator of WW Norton’s 2017 edition of The Odyssey, will serve as honorary chair, and the co-chairs of the event are Jennifer Moross and Rebecca Servadio.

Last year’s Ottaway winner was Chad Post, director of Open Letter Books, a press at the University of Rochester dedicated to publishing contemporary literature from around the world, and managing editor of Three Percent,

More from Publishing Perspectives on Words Without Borders is here; and more from us on translation is here. More on international publishing’s awards is here.