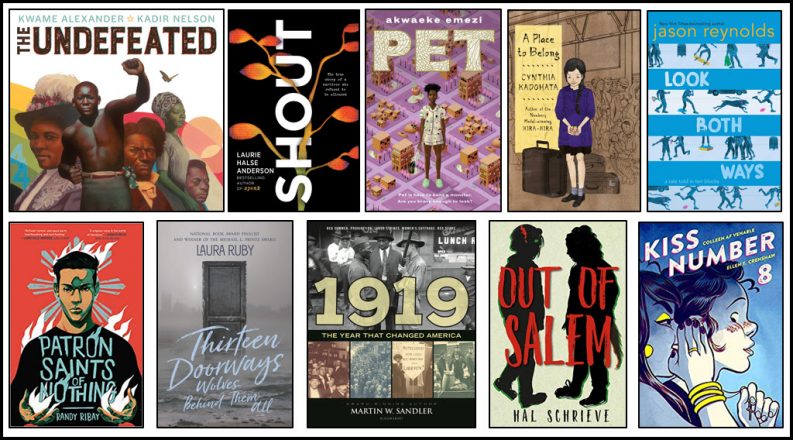 Familiar faces—authors previously recognized by the program—make up six of this year’s 10 longlisted titles for the United States’ National Book Awards in the young readers’ category. 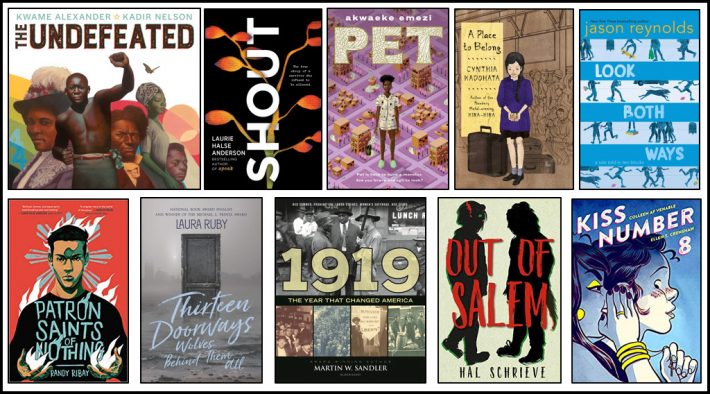 Finalists Are To Be Announced October 8

As the National Book Foundation releases its annual announcements ahead of the 70th annual National Book Awards ceremony in November, its 10-title longlist in the category of Young People’s Literature today (September 16) includes six authors recognized by the program in the past.

The feat of being again recognized by the program becomes all the more impressive when you know that publishers submitted a t0tal 325 books for consideration in this year’s Young People’s Literature competition.

Jurors in the category for this year are An Na (chair); Elana K. Arnold; Kristen Gilligan; Varian Johnson; and Deborah Taylor.

An Na is an author of four novels, including The Place Between Breaths, The Fold, Wait for Me, and A Step from Heaven,which was a National Book Award Finalist and won the Michael L. Printz Award. She teaches at Vermont College of Fine Arts in the Writing for Children and Young Adults MFA.

Elana K. Arnold is an author of many books for and about children and teens. Her novel Damsel was a Michael L. Printz Honor book and her novel What Girls Are Made Of was a Finalist for the 2017 National Book Award for Young People’s Literature and the California Book Award. She teaches at the Hamline University MFA in Writing for Children and Young Adults.

Kristen Gilligan and her husband, Len Vlahos, are the owners of the Tattered Cover Book Store in Denver, Colorado. Prior to buying Tattered Cover, Gilligan spent the majority of her career at the national trade association for independent bookstores, the American Booksellers Association (ABA). Gilligan sits on the children’s committee for the ABA and is actively involved with the association.

Varian Johnson is an author of nine novels, including The Parker Inheritance, which was named a Coretta Scott King Honor Book and Boston Globe-Horn Book Award Honor Book; and The Great Greene Heist, which was named to over t25 state reading and best-of lists. He received an MFA from Vermont College of Fine Arts, where he now serves as a member of the faculty.

Deborah Taylor recently retired from the Enoch Pratt Free Library in Baltimore. She has chaired and served on many American Library Association (ALA) committees, including the 2015 Sibert Award for Outstanding Informational Books for Children, the Newbery Awards, Coretta Scott King Book Awards and the Michael L. Printz Award. She was named the 2015 recipient of the Coretta Scott King/Virginia Hamilton Award for Lifetime Achievement. She is an adjunct professor teaching young adult literature at the University of Maryland, College of Information Studies.

Jurors’ decisions are made independently of the National Book Foundation staff and board of directors, and deliberations are strictly confidential.