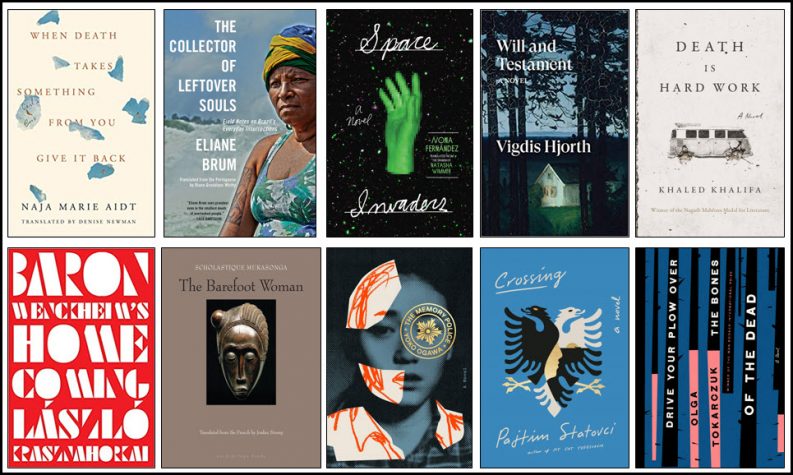 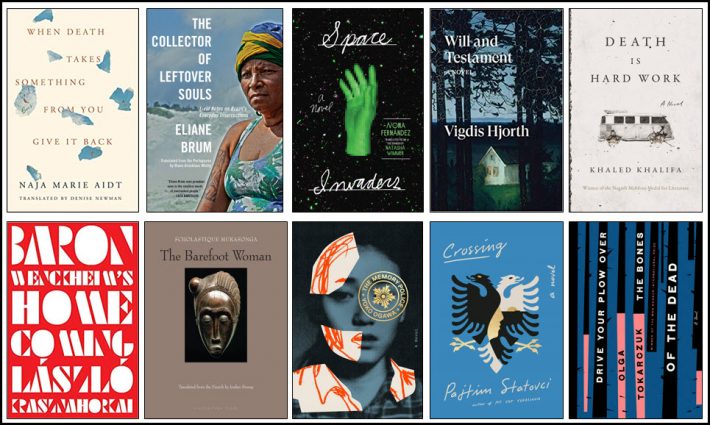 Finalists Are To Be Announced October 8

In its second longlist announcement of the week, the National Book Foundation—revealing its annual category lists ahead of the 70th annual National Book Awards ceremony in November—today (September 17) turns to its Translated Literature award.

Now in its second year, this category is not unlike the Booker International Prize, which similarly recognizes work translated into English and published in the UK.

The much-praised move last year to add translation to the National Book Awards was welcomed by the book industry in the harsh light of the isolationism and xenophobia that trademarks Trumpian and Brexitian politics. National Book Foundation executive director Lisa Lucas at the time issued a ringing rationale for the move: “We are a nation of immigrants and we should never stop seeking connection and insight from the myriad cultures that consistently influence and inspire us.”

Like the Booker International (which is a different prize from the Booker Prize for Fiction), the still-young American award honors both a winning book’s author and translator, and is intended, according to the organization’s messaging to the press, “to broaden readership for global voices and spark dialogue around international stories.”

In the case of this prize category the US$10,000 prize is split evenly between the winning author and translator, in line with the industry’s growing understanding that translators—like illustrators—have been too long relegated to second-class status in the business and are to be recognized and honored as the indispensable collaborators they are.

“We are a nation of immigrants and we should never stop seeking connection and insight from the myriad cultures that consistently influence and inspire us.”Lisa Lucas, National Book Foundation

This year’s longlist is fine evocation of the range and spirit of the award, arriving with 10 selections coming into English from 10 other languages: Arabic, Danish, Finnish, French, Hungarian, Japanese, Norwegian, Polish, Portuguese, and Spanish.

One of the longlisted authors this year, a global favorite, is Olga Tokarczuk, whose Flights in its English translation by Jennifer Croft won the £50,000 Man Booker International last year and was a shortlisted finalist for the Translated Literature last year. This year, she’s on the longlist for her Drive Your Plow Over the Bones of the Dead in its translation by one of the UK’s most avidly read translators, Antonia Lloyd-Jones.

Publishers submitted a total of 145 books for the 2019 National Book Award for Translated Literature.

Jurors in the Translated Literature Category

Keith Gessen is an author of two novels, All the Sad Young Literary Men and A Terrible Country. He is a founding editor of n+1 and the translator or co-translator from the Russian of Ludmilla Petrushevskaya’s There Once Lived a Woman Who Tried to Kill Her Neighbor’s Baby (with Anna Fridrikh), Kirill Medvedev’s It’s No Good (with Bela Shayevich, Mark Krotov, and Cory Merrill), and Svetlana Alexievich’s Voices from Chernobyl. He teaches journalism at Columbia University.

Elisabeth Jaquette is a translator from the Arabic and executive director of the American Literary Translators Association (ALTA). Her work has been shortlisted for the TA First Translation Prize created by translator Daniel Hahn in London, longlisted for the Best Translated Book Award, and supported by the Jan Michalski Foundation in Switzerland, PEN/Heim Translation Fund, and numerous English PEN Translates Awards. She is also an instructor at Bread Loaf. Her translations include works by Basma Abdel Aziz, Rania Mamoun, Dima Wannous, and others.

Katie Kitamura’s most recent novel, A Separation, was a finalist for the Premio von Rezzori and a New York Times Notable Book. It was named a best book of the year by over a dozen publications, translated into sixteen languages, and is being adapted for film. A recipient of fellowships from the Lannan Foundation and Santa Maddalena, her two previous novels, Gone to the Forest and The Longshot, were both finalists for the Young Lions Fiction Award.

Idra Novey (Chair) is the award-winning author of the novels Those Who Knew and Ways to Disappear. Her translations include Clarice Lispector’s The Passion According to G.H. and Leaning Against This Late Hour, a forthcoming volume of poems by Garous Abdolmalekian, which she co-translated with Ahmad Nadalizadeh. She teaches fiction in the Creative Writing Program at Princeton University.

And Shuchi Saraswat is a writer based in Boston. She has worked in the publishing industry in capacities including the editorial department at Houghton Mifflin Harcourt, as a writing instructor at Eve Bridburg’s GrubStreet, and as an independent bookseller. In 2018, she launched the Transnational Literature Series at Brookline Booksmith, an author events series that focuses on migration, exile and displacement with an emphasis on works in translation.

Jurors’ decisions are made independently of the National Book Foundation staff and board of directors, and deliberations are strictly confidential.