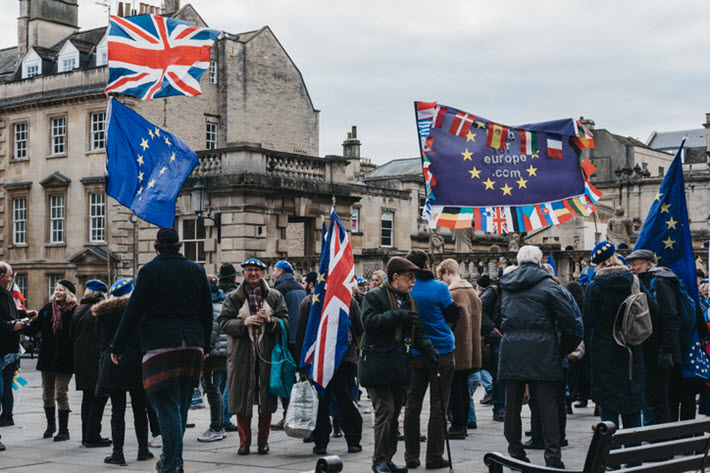 Set at London’s Barbican Centre on October 10, the program is being opened to the full industry, not just to association members, with one-on-one advice clinics offered to participants. 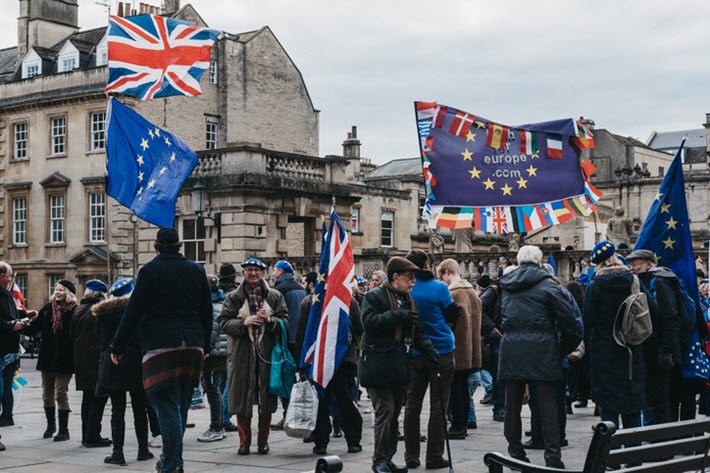 In the West Country’s Bath, England, activists from Bath for Europe, described as a non-party-political group, campaign for the UK to remain in the European Union. Image – iStockphoto: Alena Kravchenko

‘We Know Just How Concerned Publishers Are’

Described by the organization’s offices in London as “an urgent program of work to support the publishing industry with the core legal and logistical challenges of a no-deal Brexit,” the UK’s Publishers Association has announced a free industry-wide event for October 10 at the Barbican Centre in the British capital.

The move may be a good one, of course: Even as the announcement of the new forum has been released to the news media this morning (September 30), Paul Hannon at The Wall Street Journal is reporting something potentially just as urgent in its impact: a more rapid than anticipated contraction of the British outlook in the second quarter.

“The UK economy shrank slightly more sharply,” Hannon writes, “in the three months through June than previously estimated, as factory output slumped and businesses cut back on investment in the face of uncertainty about when and how the country will leave the European Union.”

As Hannon says it, “British businesses face high levels of uncertainty about when and how the country will leave the European Union, with potentially disruptive consequences for trade.”

And the BBC this morning is reporting that in the wake of the turmoil triggered by Boris Johnson’s administration, opposition party leaders are meeting at Westminster “to discuss a plan by Liberal Democrat leader Jo Swinson to force the PM to seek a Brexit extension as early as this weekend.”

So it is that the Brexit Forum for Publishers, as the event is called, will see the association leadership concentrate on what they’ve identified as three core priorities for the industry:

Media messaging from the association says the day’s programming will field “a range of experts will speak and take questions,” and the program is being opened to business people from outside the Publishers Association’s membership, as well.

For those in the UK who can’t get to the Barbican that day, the program is to be live-streamed.

In addition, publishers will be able to use the session to apply for the support of free legal-advice clinics. The effort has come together as it has, according to the association, thanks to its success in applying to the Brexit Readiness Fund managed by the department for business, energy and industrial strategy.

Lotinga: ‘A Host of Legal and Practical Advice’ 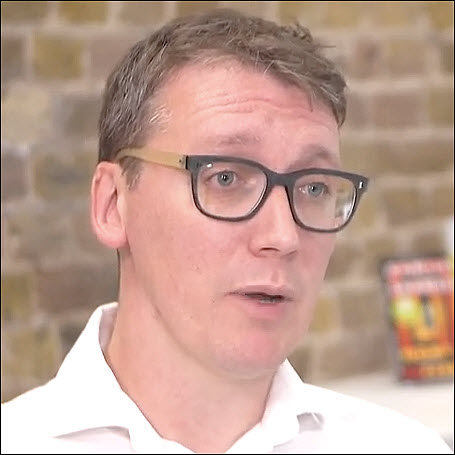 In a prepared statement, association’s chief Stephen Lotinga is quoted, making it clear that a key goal is to provide such astute guidance book-business players beyond the organization’s membership.

“We know just how concerned publishers are about the potential impact of a no-deal Brexit on their businesses,” Lotinga says in a statement.

“We’re pleased to be able to expand on our previous member-focused advice in this area by offering this urgent government-funded program of work to the entire industry.

“We’ve homed in on the three areas where publishers would most benefit from accessible sector-specific advice on the ramifications of no-deal and built this work around those topics, drawing on a host of legal and practical expert advice.

“Beyond the Brexit Forum itself, free legal one-to-one advice clinics and a downloadable toolkit will be made available. I encourage any publishers with Brexit-related concerns and questions to attend the forum and register their interest for the legal clinics.”

The program is configured as a half-day event, 9 a.m. to 1 p.m. Registration information is here.

And for information on the legal advice clinics, publishers are asked to contact thepa@publishers.org.uk with “Brexit Legal Advice Clinics” in the subject line of their email.

More from Publishing Perspectives on the UK’s Publishers Association is here, more from us on the UK market is here, and on Brexit is here.