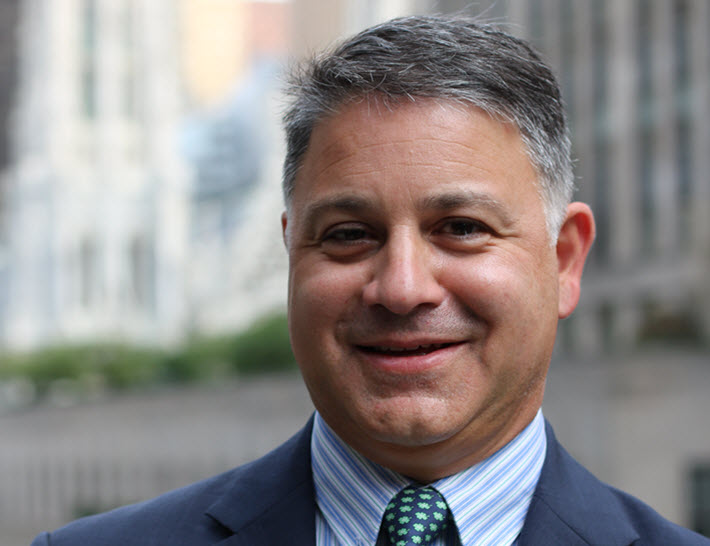 At the IPA regional seminar in Jordan, Rakuten OverDrive’s Steven Rosato will stress that in moving to a digital library ecosystem, ‘It’s the publishers who must take the leap.’

In the first event of its kind in the Middle East, the International Publishers Association’s  (IPA) regional seminar in Jordan will at times bring together perspectives of both the Arabic world and the West on developments in world publishing.

The Amman seminar on September 30 and October 1 has as its title, “Read. Empower. Transform. The Role of Reading for the Future of the Arab World.”

As IPA vice-president Bodour Al Qasimi told us in her agenda-setting interview for the program, the goal of the Amman seminar is nothing short of “re-setting the industry’s dialogue” in a region that Bodour says has “long suffered from systemic challenges which we’ve spent several years talking about across multiple forums.”

The Amman event is a collaborative effort between the IPA—a Geneva-based NGO with full consultative relations with the United Nations—and the Union of Jordanian Publishers. Registration information is here.

One of the speakers being flown into Amman for the event is Steven Rosato, business development chief with Rakuten OverDrive and a highly recognizable member of the Western publishing industry as the former event director of BookExpo, part of his responsibilities in 20 years with Reed Exhibitions.

Rosato will speak during the Amman seminar on a panel titled “The Future of Arab Libraries: Transforming Libraries from Print to Digital,” a session moderated by Dina Youssef Salib of Bibliootheca Alexandrina, and is to be joined on that panel by IPA secretary general José Borghino of Australia and Nidal Al-Ahmad of the National Library of Jordan. Together, the group will examine the importance of libraries’ relevance in the increasingly digital context of today’s information-led cultures.

We begin our exchange with Rosato by asking about the impact of ebooks on library lending and how, at times, publishers’ relations with the library world have been strained by concerns for what e-lending may mean to their bottom lines. Should, in fact, the Arab world’s libraries worry that as they undergo transformations for digital operation and offerings, they could see similar concerns from publishers?

‘Libraries Are a Critical Element’

Steven Rosato: A good place to start is that while OverDrive is a digital enterprise, we support reading in any format. You might be surprised to see how ubiquitous and present physical books are in our offices.

A large portion of our staff is made up of professional librarians and teachers who covet the ARCs publishers bring in when they present their new lists. They’re passionate about reading, and despite access to endless books, including the latest releases, they still buy and read books.

The OverDrive vision is to help create “a world enlightened by reading”—acknowledging that readers are the lifeblood of publishing. With that, there’s a whole ecosystem that supports publishing and reading, and libraries are a critical element of that ecosystem.

OverDrive’s CEO Steve Potash also responded to the assertions that libraries were impacting retail in a blog post, citing independent sources that prove that libraries have only a positive effect on retail sales.

Getting back to your point, I call for publishers to recognize the role that libraries play in the publishing ecosystem and protect them like we need to protect the Amazon rainforest. Anything else would be equally short-sighted and potentially catastrophic.

Publishing Perspectives: Clearly, many readers love checking out ebooks from their libraries. How long did it take ebook lending at libraries to really catch on with readers?

“I call for publishers to recognize the role that libraries play in the publishing ecosystem and protect them like we need to protect the Amazon rainforest.”Steven Rosato, Rakuten OverDrive

SR: We have consistently seen growth of ebooks’ and audiobooks’ circulation and library sales every year since we started supporting libraries in 2003.

OverDrive continues to invest in our platform and our Libby app [for readers’ use in discovering and reading ebooks from libraries] has really contributed to the growth. PCMag named Libby one of the best free software products of 2019 and Time magazine rated it one of the Top 10 apps of 2018. Our trends clearly point to continued growth by users and checkouts, and with that, libraries will spend more to meet the demand.

PP: With your extensive work in international library systems, what’s your sense for where digitization in the Arab world’s libraries stands now?

SR: I’ve been working with publishers in the United States, the Middle East, Eastern Europe, and Latin America. As a whole, yes, they’re all in varying stages behind the USA or Europe. Still, each market has some bigger players that are as sophisticated any major American or European publisher outside of the Big Five.

The big difference is that any publisher anywhere that has the means has instant access to companies and partners, which can help them take their entire catalog into a digital format. You’re correct that Arabic libraries are in the early stages of exploring digital solutions.

PP: What would you say are some key commonalities between libraries in the Arab world and their counterparts in the West, when it comes to challenges around ebook library lending?

SR: There’s a reluctance from local Middle Eastern publishers to make their titles available in a digital format for fear of piracy. While that’s a valid concern, digital is a safe and protected format and in many cases, more so than print. This challenge is similar to what OverDrive had to overcome from publishers in the West, who envisioned books being victimized as music was by Napster. That fear has long proven to be unwarranted, and there’s no evidence to legitimize it.

‘Easy and Seamless on Both the Library and Retail Side’

PP: Are there advantages that you might be able to spot in Arab tradition that might make the transition to digital easier than it was in the West?

SR: The Arabic world has an enormous advantage in that the West having already has gone through “digital evolution” when the product was so much more cumbersome to use in the early stages. Just look at mobile phones—the first iPhone was only released 12 years ago. Could you even imagine reading on one of those now?  Now it’s so easy and seamless on both the library and retail side.

PP: Which party may have the biggest leap of faith to make, when we start talking about this subject?–the libraries or the publishers?

“Libraries don’t have to overhaul or change anything they do, digital just extends what they’re already doing.”Steven Rosato, Rakuten OverDrive

SR: It’s the publishers who must take the leap. Making local content and authors available in a digital format is the biggest obstacle, and it’s what drives the demand.

For libraries and librarians, a digital lending platform is an easy transition—many are already using MARC [machine readable cataloging] records and ILS [integrated library systems] for the physical inventory.

Digital lending is almost natural progression. They don’t have to overhaul or change anything they do, it just extends what they’re already doing.

PP: And what is OverDrive’s role in such a transition for a part of the world like the Middle East with such rich Arabic literary traditions?

SR: OverDrive has played this role in regions all around the world, opening new markets for publishers as a digital solution for libraries and schools.

With that, we have experience in how to integrate a digital platform into a library so that it serves the goal and greater mission, giving more value and access for libraries’ patrons. OverDrive has experts in local content and the interface is available in Arabic as well as 18 other languages so it can serve everyone equally.