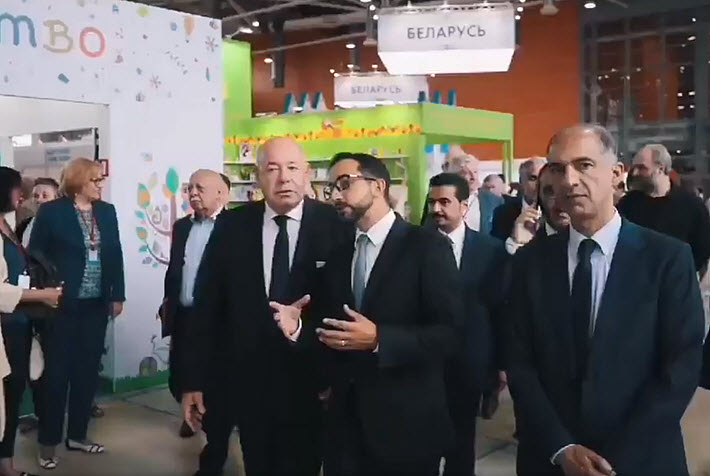 Described by Ahmed Al Ameri as part of Sharjah’s drive to ‘boost collaborations with knowledge-based cultural centers,’ the deal was signed during the emirate’s stint as guest city at the Moscow fair. 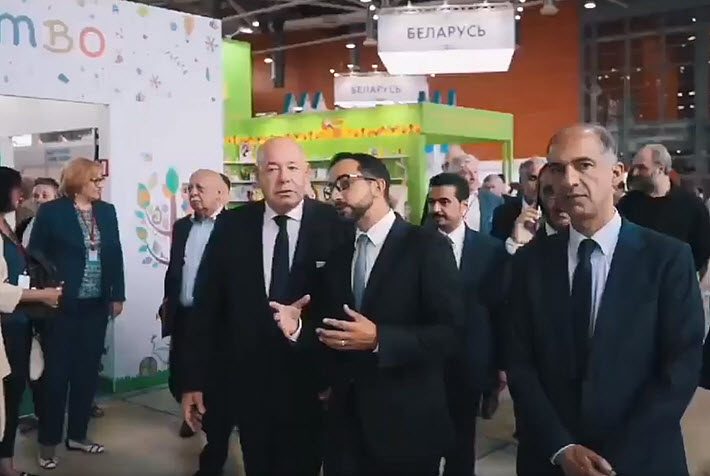 Sheikh Fahim: ‘Culture at the Helm’

At the 32nd edition of the Moscow International Book Fair, which finished its 2019 run on Sunday (September 8), the United Arab Emirates’ Guest City Sharjah leveraged its current UNESCO World Book Capital status to emphasize the potential for Arabic-Russian translation.

The UAE delegation was led by the emirate’s government relations chairman, Sheikh Fahim Al Qasimi, and by Ahmed Al Ameri, chairman of Sharjah Book Authority. Mikhail Shvydkoy—a former head of the Kultura publishing group and a two-term minister of culture in the post-Soviet era—served as the Kremlin’s representative to the Sharjah program.

Shvydkoy tells Publishing Perspectives that the Moscow Book Fair reached a record this year, with exhibitors from 33 international markets and as many as 100,000 titles on display at the Vystavka Dostizheniy Narodnogo Khozyaystva trade show complex, locally called the Moscow VDNH.

As much as 90 percent of the Russian book publishing industry, Shvydkoy says, still is based in Moscow, but Andrey Gelmiza, head of Moscow’s General Directorate of International Book Exhibitions and Fairs (GDIBEF), broke up the customary dominance of the large publishing house’s stands on the show floor by sectioning the event thematically. Smaller independent houses could then have their stands alongside the larger companies’ presentations. 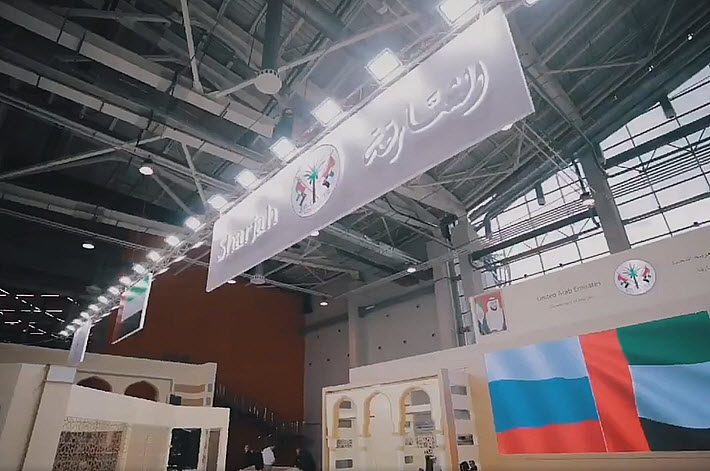 During the fair, Al Ameri and Gelmiza signed an agreement to facilitate cultural exchange between Russian and Emirati players. Expect to see presentations of Russian publishers, for example, at Sharjah International Book Fair (October 31 to November 10) and next year’s Sharjah Children’s Reading Festival.

In opening the Sharjah pavilion in Moscow, Sheikh Fahim told the audience, “The UAE and Russia share a long history of cooperation in investment, trade and tourism. I’m confident these ties will continue to grow stronger, given the common value we share in placing culture at the helm of our development goals.

“In Russia, being the homeland of literary greats Dostoyevsky, Tolstoy, Pushkin, to name a few, you can feel the pulse of a city like ours, which applies literature and culture as tools for human progress.”

On signing the agreement with Gelmiza, Al Ameri said, “Our memorandum of understanding is another step in Sharjah’s work in boosting collaborations with knowledge-based cultural centers universally. The agreement shows the vision of His Highness Sheikh Sultan III, Member of the Supreme Council and Ruler of Sharjah, which emphasizes the significance of books and learning in advancing diverse cross-cultural communication with nations around the globe.”

For the Russian side of the agreement, Gelmiza said “We are keen to strengthen our association with Sharjah Book Authority and upgrade joint prospects and productive collaboration, given the positive effect on the Emirati-Russian educational, cultural and innovative field.

“We trust this memorandum of understanding is a new opening for bilateral ties and coordinated efforts to advance Arab and Russian societies.” 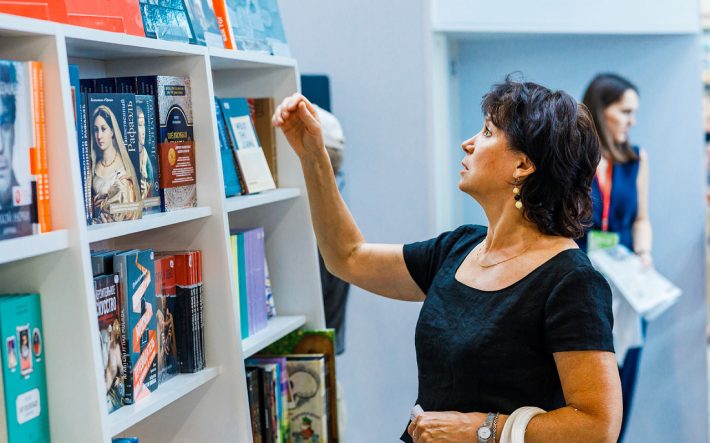 Sharjah’s guest city program at the fair—which is a public-facing exhibition—included presentations on the Emirates Publishers Association’s 1001 Titles initiative that has spurred Emirati writing and publication, the Knowledge Without Borders program that places books in Emirati households, and Sharjah Publishing City, the trade zone project that signed Ingram’s Lightning Source to its tenant roster at BookExpo in May.

The Moscow fair this year added an exhibition of book illustrators’ work and the promotion of the Give a Child a Book charity for libraries in Kursk, Oryol, Tula and other cities.

As Publishing Perspectives readers will remember, BolognaFiere, which produces the Bologna Children’s Book fair, led a publishing professionals’ tour to the Moscow International Book Fair last week, as a precursor to the development of a new international book fair in Russia, anticipated for 2021.

For its part, Sharjah is booked for major special-status guest-market appearances in 2020 at:

More from Publishing Perspectives us on the Russian market is here, more from us on Sharjah is here, and more on international book fairs in general is here.