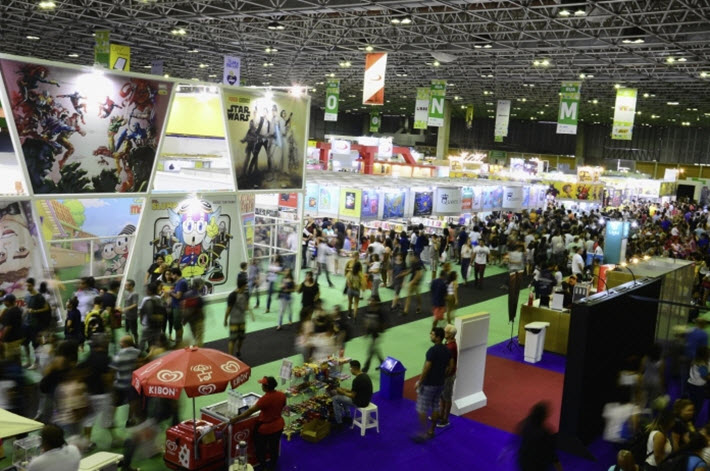 Announcing at Rio’s international book fair its coming introduction of Pubnet to Brazil, Metabooks Brasil reports that the 100k titles in its database accounts for some 75 percent of the market’s book sales. 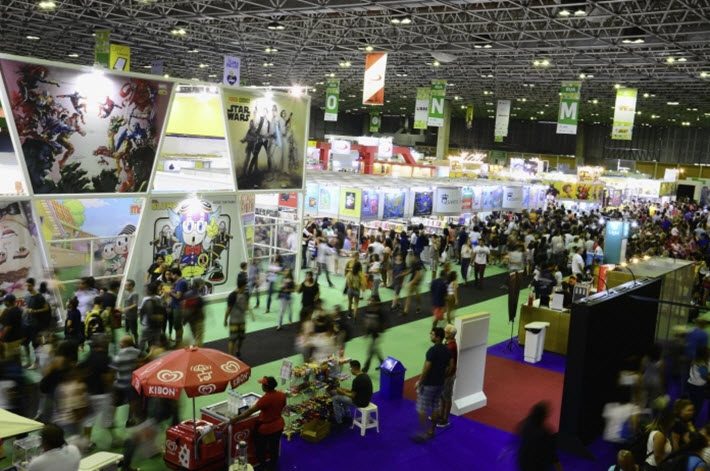 At the Rio de Janeiro International Book Fair, running through September 8, Metabooks Brasil has announced that the Pubnet EDI platform will be brought to the Brazilian market. Image: XIX Bienal Internacional do Livro Rio

Schild: ‘To Create a Worldwide Community’

As Publishing Perspectives readers will recall from our past reports, the São Paulo- and Rio-based Metabooks Brasil is the Portuguese-language edition of the Frankfurt-based German Books in Print (VLB), and is a system that displays the Brazilian catalog of book data and metadata for booksellers and librarians.

Now in its third year, Metabooks is announcing that its services cover 100,000 active titles for the market, in addition to 20,000 “off-catalog” titles for research needs.

To date, the platform is being used by close to 500 publishers and imprints, all accessing the program’s standardized metadata to display book information.

In a prepared statement, Metabooks CEO Ricardo Costa is quoted, saying, “Metabooks has been growing rapidly since its launch in 2017. The 100,000 titles available on the platform now equal about 75 percent of Brazilian market sales.

“Consolidating our business so fast has been possible thanks not only to the strong support of our partner Câmara Brasileira do Livro (CBL) but also the cooperation of the Brazilian Book Chamber and our customers.

The database, run by Metabooks Brasil, is a joint venture with MVB and Frankfurter Buchmesse.

Distributors include Agrega, Catavento, Disal, Inovação and Loyola, online retailers Amazon and Submarino, as well as booksellers including Blooks Livraria, Livraria Cultura, Martins Fontes, and Saraiva. More companies are reported to be in testing phases with the service now.

The Brazilian secretary of culture has opened access to the Metabooks database for  the country’s more-than 6,000 public libraries, and Nielsen BookScan Brasil uses Metabooks’ validated and standardized product information for its services, according to media messaging from Costa’s offices.

At the ongoing Rio de Janeiro International Book Fair—which runs through Sunday (September 8)—MBV has announced that it will be introducing the associated North American service Pubnet to the Brazilian market. Another program with which Publishing Perspectives readers are familiar from our reporting, Pubnet is an EDI (electronic data interchange) platform designed to connect publishers, distributors, and booksellers to automate the ordering and fulfillment programs.

As of 2017, Pubnet in the United States and Canada had seen more than 10 million transactions.

Book retailers use Pubnet to connect to a single system and can access all relevant publishers, while publishers no longer need to maintain separate links with thousands of book retailers. This is particularly relevant for communications between major book retailers and smaller publishers as well as smaller retailers and publishers. EDI is an international standard protocol used by the most diverse industry sectors such as pharmaceutical and automotive.

In a comment for the news media, MVB CEO Ronald Schild is quoted on the expansion, saying, “With all its experience in two of the world’s largest book markets, Pubnet now sets out to create a worldwide community, connecting book buyers and sellers in many countries.

“As with Metabooks, the first step of this internationalization process is Brazil. From now on, bookstores and publishers from Brazil, the United States, and Canada will be able to connect for business transactions. And soon, other countries will also join this community.”

MVB is a subsidiary of the Börsenverein des Deutschen Buchhandels—Germany’s publishers and booksellers association.

More from Publishing Perspectives on Brazil is here, and more on Metabooks Brasil is here.