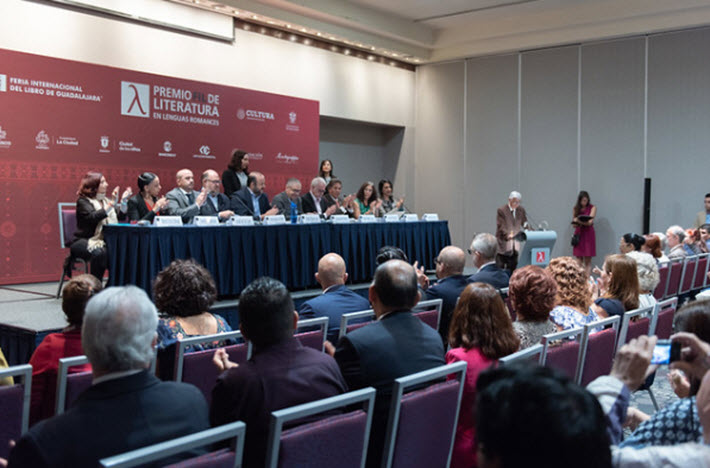 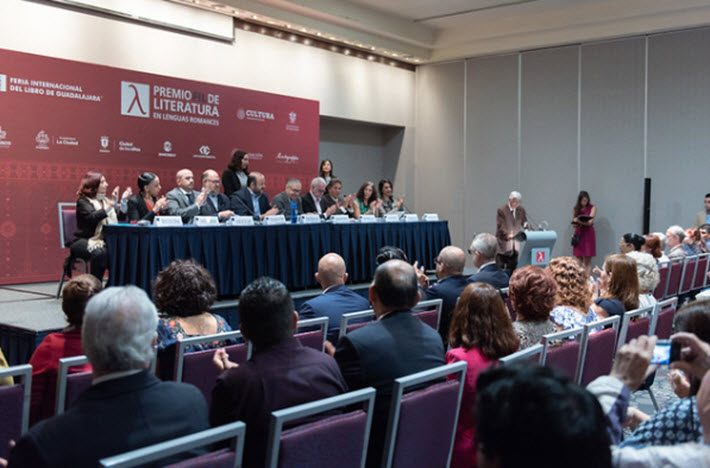 Editor’s note: The Maya people of Central America and southeastern Mexico are referred to—both as a singular and plural noun and in the adjectival form—as “Maya.” The term “Mayan” is reserved for references to the language, which includes a range of dialects. However, the dialect in which Sol Ceh Moo’s ‘Sa ‘Atal Maan’ or ‘Lost Steps’ was written is sometimes referred to as the Yucatán Maya (not “Yucatán Mayan”). —Porter Anderson

Two awards have been announced in the run-up to Mexico’s Guadalajara International Book Fair (November 30 to December 8), which this year features India as its guest of honor nation.

At a time when the promotion of many international cultures’ indigenous languages has found new momentum, many will be interested in the choice of Maya writer Sol Ceh Moo for the fair’s seventh Indigenous Literature of the Americas Award.

And Mexico City-born David Huerta has been named as 2019 winner of the fair’s award for literature in Romance languages.

Additionally, María Baranda is the winner of the XV Latin American SM Prize for Children and Youth Literature.

Sol (Marisol) Ceh Moo, is the first woman to win the award for work in indigenous languages. Since the 2013 inception of the award, a Mexican writer has won annually. Ceh Moo writes in Spanish as well as in a dialect of Mayan. 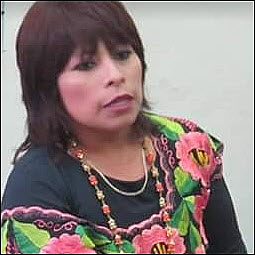 In an interview published today (September 12) by Herbeth Escalante in El heraldo de Mexico, Ceh Moo speaks about the importance in her work of reflecting the experiences of women, especially those of indigenous cultures. “It is a reminder of the pact I made with women, with the Maya people of the Yucatán Peninsula, and with the native languages ​​of the world, to work harder and open doors so that more women can follow this path.”

In her comments to Escalante, she also points to issues of immigration as a focus in her work. “I touch on topics such as migration,” she says, ‘the pain that comes with being a migrant and feeling the life that weighs on us so much—for being who we are and being born where we shouldn’t be.”

Her winning work, Sa´Atal Maan (Lost Steps), was written in Yucatán Maya, a dialect of the Mayan language, which is one of some 68 indigenous languages spoken in Mexico. Variants of Mayan are spoken in the southeastern states of Chiapas, Campeche, and Quintana Roo, as well as in parts of Belize, Guatemala, and Honduras.

This year’s observations of the 500th anniversary of the Spanish conquistadors under Hernan Cortes in Mexico has focused new intensity on issues around native culture and Spain’s influence on Mexico. 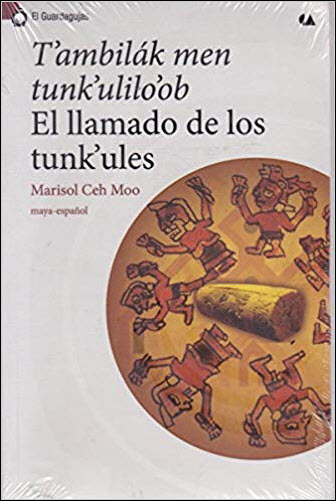 An early work of Sol Ceh Moo published by the National Council for Culture and the Arts, General Directorate of Popular Cultures, 2011

Reportedly, some 7 million people today—of Mexico’s roughly 129 million, all told—speak an indigenous language. Náhuatl is the most widely spoken, with around 1.5 million speakers, followed by Mayan with close to 800,000, according to the country’s National Institute of Statistics, Geography and Informatics (INEGI).

A total 26 works by writers in eight countries were submitted for this year’s prize, those entries coming from Argentina, Chile, Bolivia, Colombia, Ecuador, Mexico, Paraguay, and Peru. The award carries a purse of 300,000 Mexican pesos (US$15,448). The jury for the award this year comprised Yásnaya Elena Aguilar Gil, Fredy Campo Chicangana, and Joel Torres Sánchez.

In naming Ceh Moo the winner, Juan Manuel Durán, dean of the University of Guadalajara’s social sciences and humanities school, said, “The development of indigenous languages and their conservation are the key to the cultures of the original peoples, and will show us the way [to a] society of the future.”

Winners of the award in previous years include:

As Publishing Perspectives readers know, a number of publishers in Mexico produce works in indigenous languages. Those presses include Pluralia Ediciones and Editorial Resistencia, and the country’s National Institute of Indigenous Languages (INALI) organizes an annual fair of national indigenous languages with book presentations, poetry readings, and publishers’ stands to celebrate the country’s linguistic heritage. 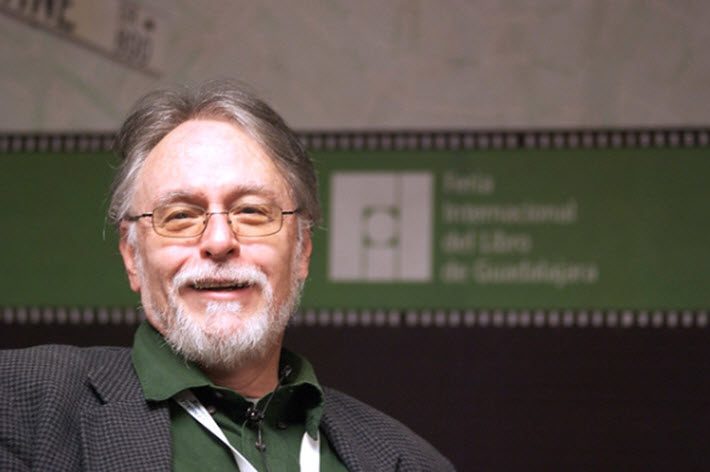 The jury’s rationale describes his work as being “at the center of all critical consideration regarding contemporary Hispano-American lyricism,” and calls Huerta “an exemplary anomaly who has disrupted all poetic discourse.”

Presented annually since 1991, the Romance languages prize awards a body of work by an author writing in Catalan, French, Galician, Italian, Portuguese, Romanian, or Spanish.

Huerta is the author of at least 10 poetry collections, including Historia, which won the 1990 Carlos Pellicer National Poetry Prize.

His collection Versión was awarded the Xavier Villarrutia Prize in 2005.

He contributes to a number of Mexican periodicals, such as Letras Libres, Nexos and Proceso, and has been the recipient of a Guggenheim fellowship. He is the son of celebrated Mexican poet Efraín Huerta (1914-1982). 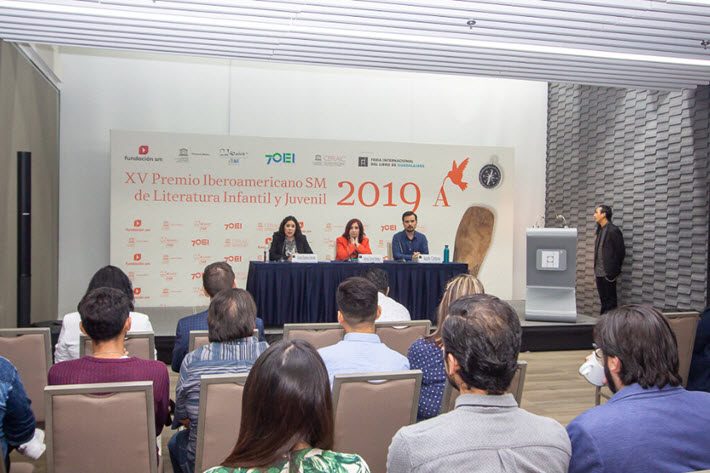 Writing that “Her characters portray human complexity with their chiaroscuro, accompany the reader, and claim the place of boys and girls in society,” the jury of the 15th edition of the Latin American SM Prize for Children and Youth Literature have chosen the Mexican writer, María Baranda to receive the honor.

The “SM” in the name of the prize refers to Fundación SM, which created the award in 2005.

This award carries US$30,000 and this year highlights what the jury calls Baranda’s “broad thematic record and precise execution, [which] has been consolidated over more than 30 years.

“Her writing, mainly poetic,” the jurors write, “makes language a shared space to explore the inner and outer world of the reader.”

The jury for this award this year includes Irma Ibarra, representative of Fundación SM; Rodrigo Morlesin, on behalf of the office in Mexico of UNESCO; Luis Téllez of IBBY Mexico; Héctor Zagal on behalf of the Organization of Ibero-American States (OEI); and Adolfo Córdova for the Regional Center for the Promotion of Book in Latin America and the Caribbean (CERLALC).

The jurors have taken special note to wrote that Baranda’s books “foster dialogue between different generations and identities. Her work has contributed to the formation of new generations of poets who write for children.”

More from Publishing Perspectives on the Guadalajara International Book Fair is here, more from us on Mexico is here, and more on publishing and book awards is here.