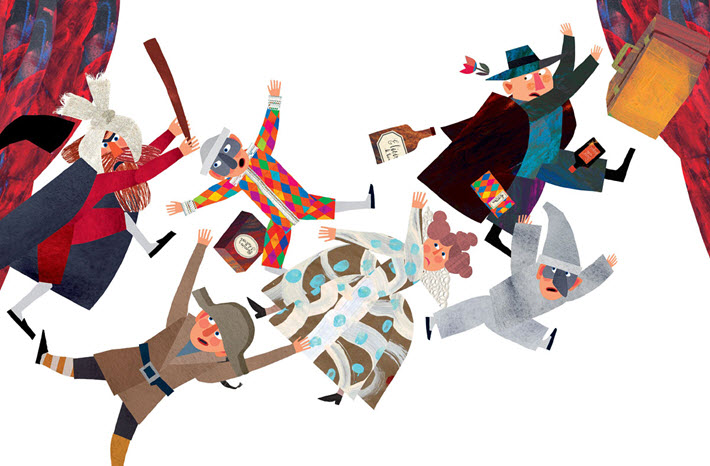 Producers of the Bologna Children’s Book Fair are mounting a new touring exhibition of illustrations, and Denmark’s AI specialists at UNSILO are partnering with the UK’s Cambridge University Press. 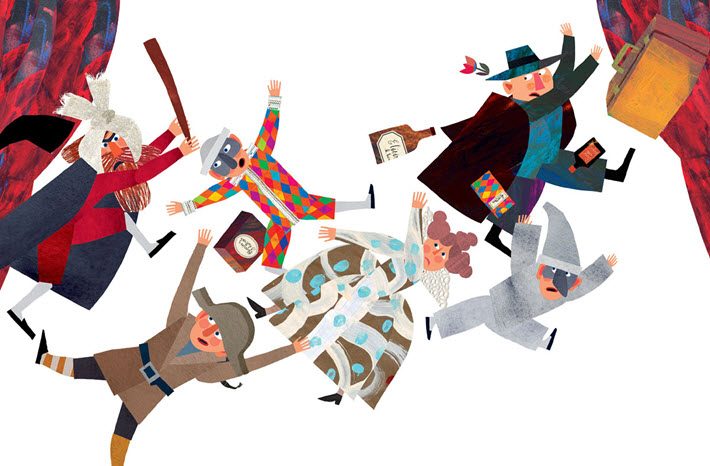 Artwork by Giulia Orecchia for the centennial of Gianni Rodari, which is the subject of a new illustration exhibition and book. Image: BolognaFiere

Exhibition Opens in Oregon This Week

Next year marks the 100th anniversary of the birth of Gianni Rodari (1920-1980), the Italian writer and journalist who was given the Hans Christian Andersen medal 10 years before his death, in 1970.

With Einaudi Ragazzi’s release of Italian Excellence: Illustrators for Gianni Rodari as the anchor—a new catalogue curated by the Cooperativa Giannino Stoppani and Accademia Drosselmeier—the Bologna Children’s Book Fair and Bologna city council have created a touring exhibition, which will be seen for the first time under the aegis of the city of Portland, Oregon.

That show opens Wednesday (September 25) with Bologna’s mayor, Virginio Merola, in attendance. Portland and Bologna have had a “twin city” cooperative arrangement for 15 years, and the show will remain on view in Oregon to November 10.

The exhibition then moves to San Francisco, to be displayed from December to February. The Italian Cultural Institute of San Francisco is partnering with Bologna there.

At issue in the traveling program is a long tradition of reinterpretation by illustrators. The resulting work gave rise to an early exhibition in 2015, “Italian Excellence,” which moved to 10 countries. 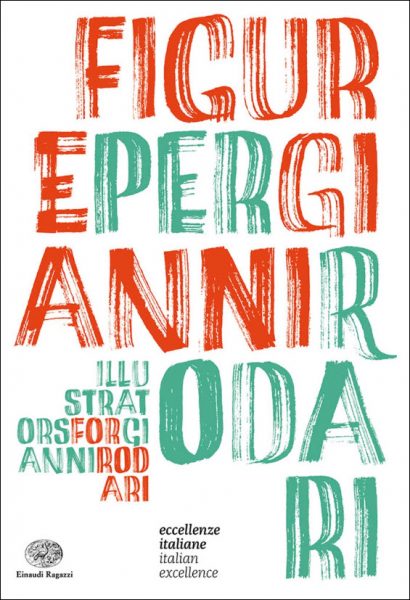 A similar undertaking is the focus now, with this new edition of the phenomenon, representing a timeline of Italian illustration and exhibiting original works by 21 illustrators who are recognized as mainstays of Italian design and illustration. Those artists include Bruno Munari and Emanuele Luzzati, as well as great contemporary artists Betrice Alemagna and Olimpia Zagnoli.

In the show, viewers will find three illustrations from each of the 21 artists, all 63 images included in the book.

In March of next year, the show will return to Italy for the Bologna Children’s Book Fair (March 30 to April 2).

Our readers are familiar with the Danish artificial intelligence platform UNSILO, which in May announced a partnership with Wiley in manuscript evaluation.

The company now has released news of a partnership between the Aarhus-based platform and Cambridge University Press, in a program to use “machine-learning tools to identify related content across around 1 million journal articles and book chapters from the vast Cambridge corpus.”

Those who were in Berlin in April for the Klopotek Publishers’ Forum program directed by Rüdiger Wischenbart will recall UNSILO co-founder Mads Rydahl’s presentation on the work, which is designed to perform real-time analysis of incoming submissions with integrity and quality control checks.

The system, as Rydahl explained it, “guides manuscripts to appropriate journals and experts for input, and supports preparation and screening of content in the context of prior research discoveries.”

In its contract with Cambridge, according to the company’s media messaging, the concepts that UNSILO’s system can identify “form the basis of a wide range of solutions to publishing workflows, including building subject collections, identifying related articles, finding relevant journals, and many other areas.”

Parsing a collection this way, the UNSILO tools “require no pre-existing taxonomy or ontology,” according to the announcement, “and can be applied to multiple subject collections. Using a process of continuous ingestion, new articles and books are indexed and linked to other content on Cambridge Core within hours of publication.”

In a prepared statement, Nik Louch, platform engineering director at Cambridge University Press, is quoted, saying, “When we designed and built Cambridge Core, the new platform linking Cambridge books and journals, it was always our intention to bring market-leading and innovative tools to apply to our content.

“The UNSILO related articles link, delivered from cloud servers via a simple API, is a good example of how Core can be enhanced in this way. Because of the exceptionally wide subject range of our content, ranging from archaeology to neuroscience, and international law to Anglo-Saxon studies, we needed a solution that did not require the lengthy construction of multiple related ontologies and extensive manual tagging.

“Our trials in 2018 showed that users clearly appreciated and made use of the content links provided.”

And speaking for UNSILO, the company’s CEO, Thomas Laursen, is quoted, speaking of “applying leading-edge machine-learning tools to such a rich content collection, and we look forward to delivering more tools via the Core platform in coming years.”