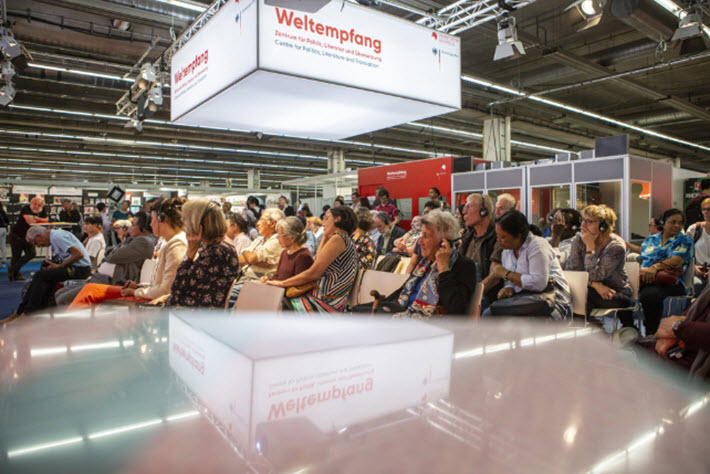 In a series of events at the Hall 5.0 Gypsy Pavilion and on other stages, Roma literature and artistry will make an inaugural appearance as an organized presence this year. 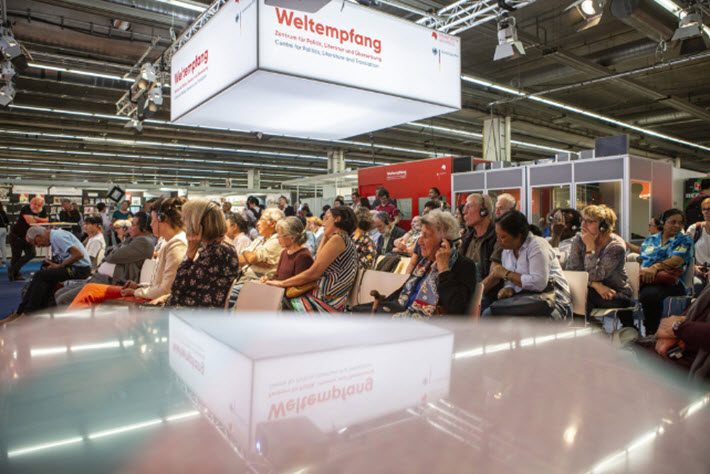 At the 2018 Weltempfang stage at Frankfurter Buchmesse. This year, some of the new Romani programming coming to the fair will be seen in Weltempfang programming. Image: FBM, Alexander Heimann

In a first at Frankfurter Buchmesse (October 16 to 20), the International Roma Writers Union (IRWA) will present a program that represents what it describes as Europe’s largest minority group, the 25-million-person Roma nation.

The union is the presenting organization behind the Gypsy Pavilion, which will be exhibiting in Hall 5.0, Stand A54. A timely development in a world struggling with issues of diaspora, displacement, refugee movements, and the dynamics of majority and minority populations, the organizing team behind the Roma presence at Frankfurt makes a compelling case in its medio messaging.

The group’s statement reads, “Marginalization in the field of creative arts, and especially literature, is a great issue to us.

“We should rise to the equal level of other European nations in the context of literature–that is the ultimate goal of IRWA.  However, for now we are forced to make compromises (and yet) our goal cannot disappear. For if we do not reach the same level of status as the authors of the majority populations, we have no future as a nation.”

According to Baltzar, one of the significant challenges of Romani literature is the fact that Roma authors seldom belong to national writer Unions, nor do they succeed in publishing with the significant professional publishers of various markets. 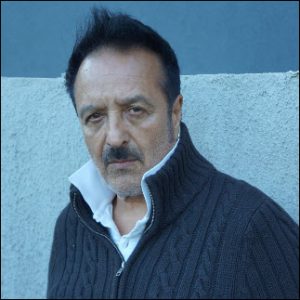 Programming at the pavilion is being arranged to introduce multilingual books by Roma authors. On Frankfurt Thursday, October 17, there’s a drinks reception planned for 4:30 p.m.

T’he president of the Roma Writers Union is Veijo Baltzar, a Finnish author. Baltzar reportedly has produced more than 72 works of literature that address in various ways the relationship of the Roma culture and majority populations of Europe.

On Thursday, at 9 a.m., Amazon Crossing editorial director Gabriella Page-Fort will be in discussion with Baltzar in Hall 3.0, Stand B47, on Baltzar’s In Love and War, which is to be published by the translation imprint of Amazon Publishing in an English translation by Krisian London.

And also on Thursday, prior to the reception, Page-Fort joins Sandorf’s Ivan Srsen and Trio Publishing’s Magdalena Fazeazova in a program at the Hall 5.0 pavilion.

Speakers slated to participate in Gypsy Pavilion events include:

The program is also participating in events on the Weltempfang Stage including an examination of Sinti and Roma Literature in Germany and elsewhere.

In addition to Baltzar, these events wil feature specialists including Beate Eder-Jordan of the University of Innsbruck; Erika Hornbogner, director of the Klagenfurt-based publishing house Drava; Ruždija Sejdović, a Roma writer, dramaturge, and translator living in Germany; and the moderation of Barbara Wahlster, head of the literature department at Deutschlandradio Kultur.

The Thursday afternoon programming, at 3:30 p.m. followed by the 4:30 reception is titled “Undiscovered Culture” and will be the centerpiece of the Gypsy Pavilion’s activities.

More from Publishing Perspectives on Frankfurter Buchmesse is here. More on this year’s Weltempfang programming of issue-driven events is here.