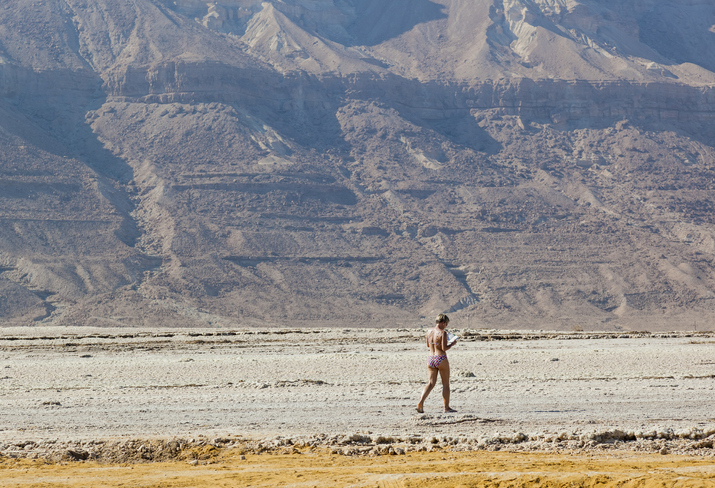 As delegates gather in Jordan, speakers are talking technology, literacy in areas of violent conflict, challenges to the freedom to publish, and the work of the International Publishers Association in the Arab world. 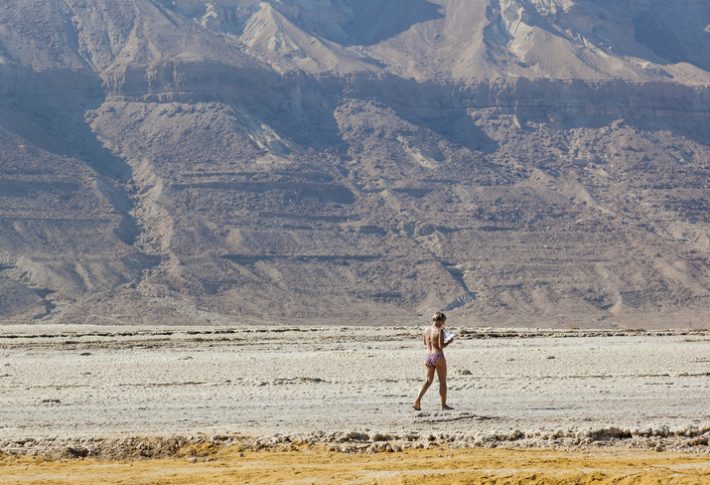 As the International Publishers Association’s (IPA) first Middle East seminar approaches on Monday and Tuesday (September 30 and October 1), the program established for the gathering in the Jordanian capital is comprehensive and tightly focused, produced in association with the Union of Jordanian Publishers.

From our interview with IPA vice-president Bodour Al Qasimi of Sharjah—who has led the effort to create this event under the patronage of Jordan’s Queen Rania Al Abdullah—we know that the intent of this intensive, packed agenda is to attempt, in Bodour’s words, “to reset the industry’s dialogue on long-standing challenges” in the Arab world.

A region blessed with some of the richest literary traditions in the world, the area’s industry discussions of key challenges, Bodour has told us, “have been lacking, is that they’ve remained focused on luddite approaches to systemic challenges that ignore the demographics of our region and the rapid rise of the digital economy.”

So it is that the IPA’s regional programming, which began with its African seminars in Nigeria (2018) and Kenya (2019), is being expanded now for the first time to embrace the Arabic-language world. The IPA leadership knows that the literature of this vast and complex region echoes with myriad voices, critical to hear in a world crowded with the braying of geopolitical bullies and isolationists.

As we approach the event, with more than 40 speakers on its agenda, we speak today with four key players, representative of four elements of the programming led by Bodour and her team.

Hugo Setzer: ‘We Need To Be Present’ 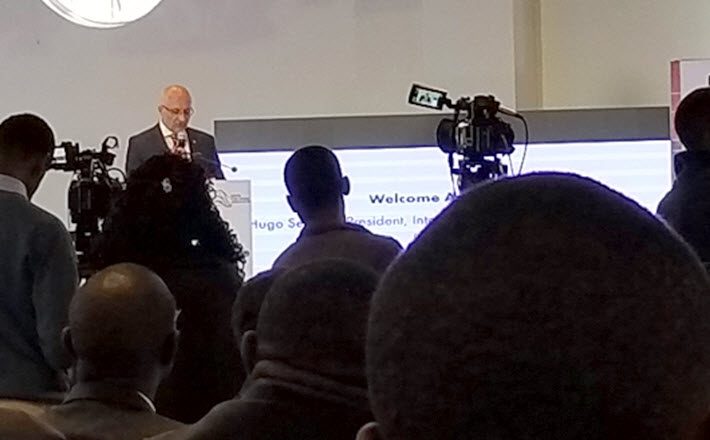 While Setzer, who will address the Amman seminar on Monday morning with a welcome on the part of IPA,. leads a world membership of more than 80 publishers’ organizations from 69 nations, he sees that success more as a responsibility than as an achievement.

“IPA is a truly global organization,” he says when asked what the advent of the Middle East program means to the association. “We need to be present in all regions of the world, and Africa and the Arab world are very important ones.

“One of the criticisms we’ve had over time,” Setzer says, “is that IPA is perceived to be too Eurocentric. It’s true that IPA was founded in Paris and that today five out of our eight largest members—in terms of the size of their publishing industries—are European.

“But we’re really an international organization and all regions are important to us. For next year, we have a Regional Seminar confirmed in Marrakesh, and we’re doing our best with our members in Brazil to have one in Sao Paulo. The challenges we face nowadays can only be solved with global collaboration.”

And in terms of the event programmed for Jordan, he says, “There are too many stereotypes about the Arab world. We have still a lot to learn about the Arab world and this kind of seminar is an excellent opportunity for an exchange of ideas and experiences.” 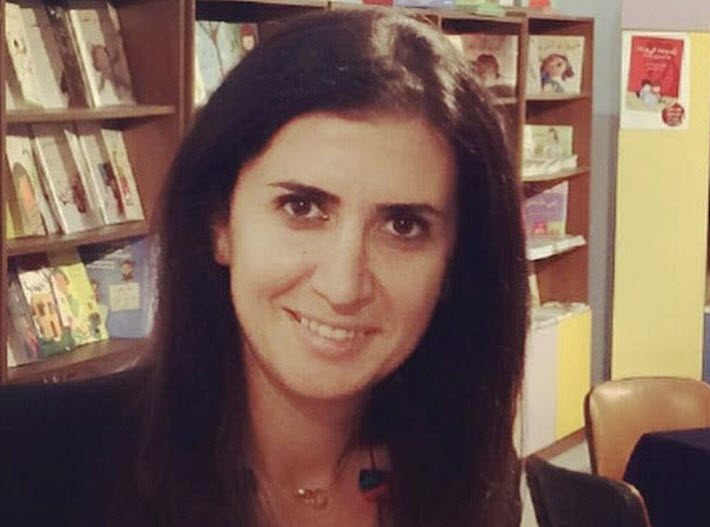 Lebanon’s Kreidieh will moderate a panel on Monday titled “Literacy and Book Accessibility in Conflict,” a topic that brings into play wrenching issues of populations caught in hotspots of armed conflict and violence. In an exchange with Publishing Perspectives from a meeting in China of the IBBY (International Board on Books for Young People), she says that despite the deep diversity of societies and cultures in the Arab world, “There are some common problems that Arab publishers face and many of those problems relate to resources available either for teaching the language or for reading for pleasure.

“First, there’s still a big percentage of books translated from other languages with content that’s not very suitable for our children,” especially when it comes to getting translations correct for the reading levels of the children who will use the content.

“Second, the content of the books often ends with a moral lesson or a resolution that does little to promote the power of choice for a child. Third, illustrations and design may need editing for clarity.

“Fourth, many authors write in a difficult language addressing adults, rather than children. And finally, distribution of books in the Arab world is still a problem, so many schools and parents can’t access high-quality titles.”

And perhaps referencing effects of the stereotyping that Setzer mentioned, Kriedieh says, that another problem “is the attitude toward Arabic books. People still think they shouldn’t pay a high amounts of money when buying Arabic books, though they’re happy to pay many times more for foreign books.

“In research for my PhD thesis,” she says, “I found out that the majority of children’s book customers in the Arab world buy books based on one important criterion: the topic of the book. This reflects the fact that most book-buying for children is related to learning and not reading for fun. As a children’s book publisher marketing directly to our customers, our team has also noticed that the books with topics taught at schools are the ones that sell best.”

When violent conflict is thrown into the mix, Kreidieh says, one of the first effects is the disruption of education.

“In addition, many children have to move,” she says, “and for refugees, time is often wasted in moving from one place to another. Some refugees don’t send their children to school and prefer to send them to work. Many times, schools or related programs created for refugee children are more condensed than usual, making it harder for children to enjoy the process of learning or catching up when they miss lessons for a long time. Another effect is that these approaches may bore children if the teachers have to repeat many lessons.

“It’s also important to add that in many camps there are very few resources and books for children to enjoy reading and traveling in their minds. Many children who have faced trauma need therapy and help to overcome their fears and insecurities, and that’s where the importance of biblio-therapy and other techniques are needed to help children express their fears and feelings to overcome such trauma.”

As publishers searching for how to respond and address these issues, Kreidieh says, “Tolerance, diversity, and accepting others are the three topics we need to stress.”

When publishing books depicting refugees, she says, it’s important to characterize them realistically, not as automatically heroic but as people with varying personalities, nationalities, and backgrounds. Such content needs to show how to solve problems and avoid being afraid of “the other.”

“As leaders,” she says, “we need to train our teachers in how to handle trauma, how to build strong communities, and how to help create resilience in children through specially designed programs. We need to work with social workers to create programs to look at communities and to help them overcome problems and support each other.

“We want sustainability and long-term results that help the next generations.” 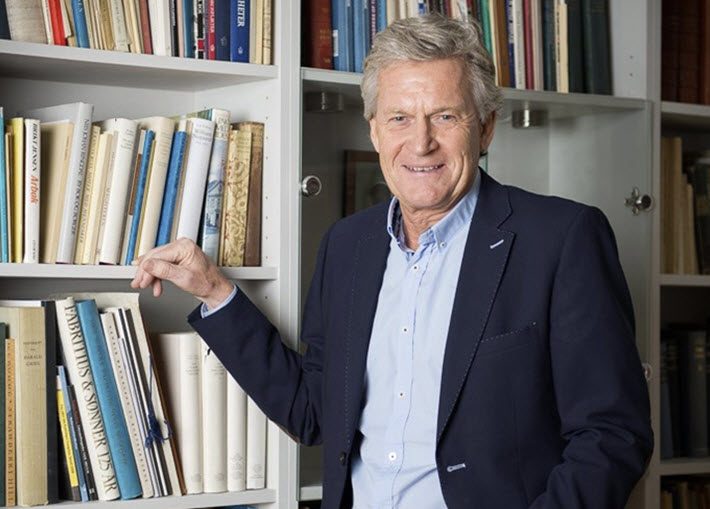 The Amman program will turn to issues of the “Freedom to Publish and New Media” on the afternoon of its second day. Tuesday. and in this instance, Norway’s Einarsson will be joined by ArabLit’s Marcia Lynx Qualey and Faisal El-Fayez, president of the Jordanian senate.

“It was interesting to read Fathi’s comments about the region,” Einarsson says, referring to our interview on Tuesday (September 24) with the Jordanian publishers’ union’s president Fathi Al Biss.

“The conditions governing and restricting freedom to publish vary around the world, as we know,” Einarsson says. ” In some places, it’s governments and state regimes that prevent the publication of material or works deemed ‘dangerous’ or ‘inappropriate.’ In other cases, there are pressure groups—religious, social, commercial—trying to prevent publication of certain information.

“Even in countries with few regulations on the freedom to publish,” Einarsson says, “publishers might have to consider the negative consequences of producing and distributing certain content. The same fears that affect publishers and lead them to censor themselves can also affect authors, booksellers, and librarians. If these fears delay or stop the creation or publication of work, then it’s the readers who are deprived.

“So a common challenge to publishers in all countries is the question of self-censorship.

“This year the Prix Voltaire,” which is conferred by Einarsson’s committee to honor valor in the freedom to publish, “was given to Khaled Lotfy, a publisher in jail in Egypt, and another previous Prix Voltaire winner, Raif Badawi, is still in jail in Saudi-Arabia.

“Publishing in this region is challenging,” Einarsson says, “and it’s very interesting to hear how publishers do their work in difficult circumstances.” 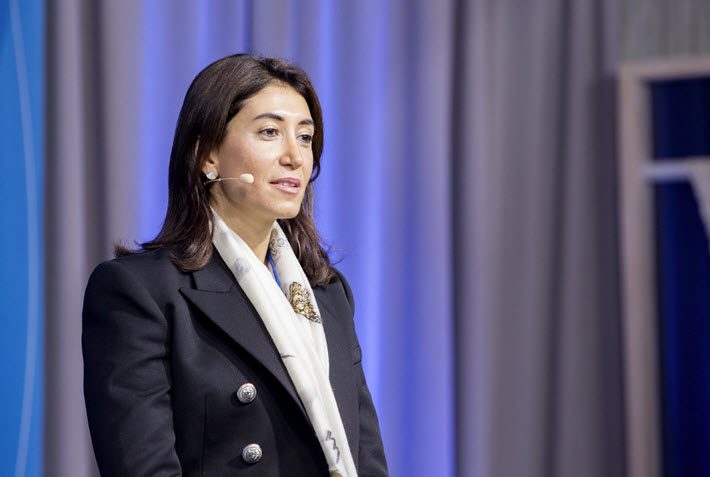 Scheduled to moderate Monday’s afternoon panel on “The Role of Technology in Overcoming Illiteracy and Promoting a Reading Culture,” Al Hassan’s extensive experience in technology and its applications related to publishing and reading makes her “optimistic about the technology being developed int he world” today, she says, in terms of how much it may be able to contribute to issues in literacy.

“But if you compare the deep tech being built globally,” she says, “we’re still behind” in the Arab world to other regions.

“We still don’t have the tech we need when it comes to Arabic language or education.”

Asked what key factors tend to trigger resistance to technological progress in the region, Al Hassan says, “It’s surely the fear of the unknown and the fear of disruption. Every time we want to change a phone we feel uncomfortable because we need to adapt to something new. The same goes for new technologies. We don’t have enough awareness that it’s going to help us a lot.”

And where is it, then, that leaders in the Arab world need to start?

“We always need to start from a problem and try to solve it. That’s how successful technology is built. And as for the publishing industry, it has to be led by industry players and key stakeholders, not by policy-makers.”