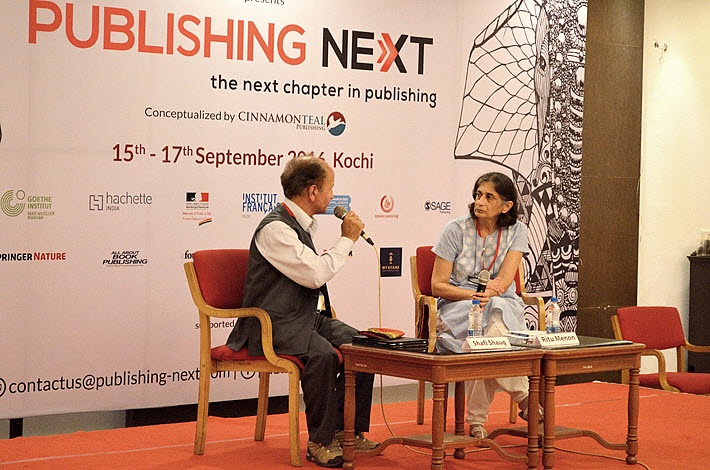 Held over four days later this month, the Publishing Next program is set in Miramar, Goa, with participation from Big Five publishing representatives and smaller independent houses, as well. 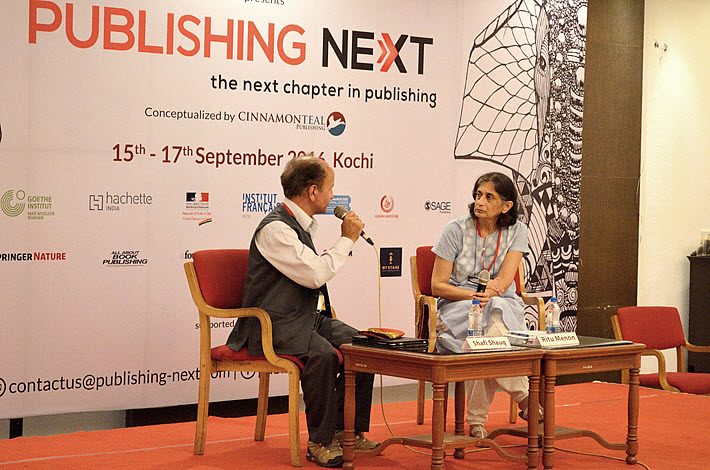 In the 2016 Publishing Next program, Kashmiri author and poet Shafi Shauq in conversation with Ritu Menon, publisher with Women Unlimited. Image: Publishing Next

A Conference Last Held in 2016

Announced for September 19 to 22 at the Goa Science Center in Miramar, the Publishing Next conference returns, this time with 35 speakers, some of whom represent very large publishing interests in India.

Among speakers announced to date:

The program has been on hiatus since 2016 for lack of funding until this month’s new edition. 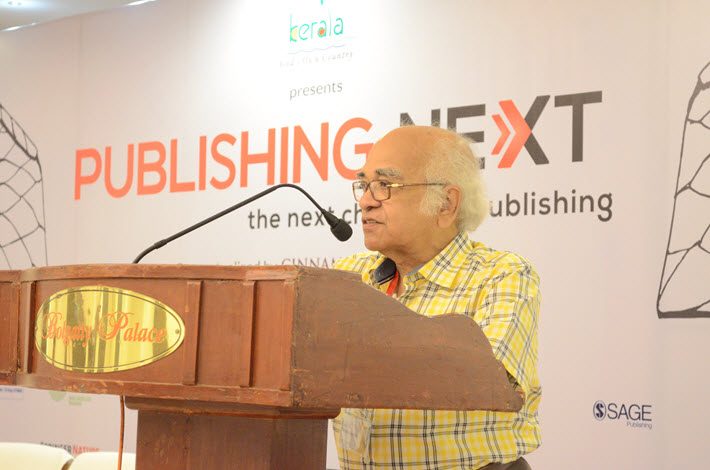 Publisher and translator Samik Bandhyopadhyay speaks in the 2016 conference. Image: Publishing Next

Included in the programming are panel discussions on book retail; self-publishing and its impact on traditional publishing in the South Asian markets; the trend toward collaborations among publishers; the commerce of translations; the importance of diversity in publishing and literature; and ways in which small publishing houses can sustain themselves.

In addition, there are workshop sessions planned on editing, production, and marketing, according to co-founder Leonard Fernandes.

As part of the program. winners of the 2019 Publishing Next Industry Awards will be named in 10 categories.

This is a conference first held in 2011 with an industry-facing stance. The conference’s organizers stress a commitment to voices from the publishing industries of India’s many languages, and bringing together both small and medium-sized publishers.

A schedule of events for the program can be found here. Included is a discussion of “The Viability of Publishing Translations” with Arshia Sattar, Kabani C, Karthika VK, and Sugata Ghosh, moderated by Manisha Choudhry with an eye to academic as well as trade texts.

A discussion on criticism and book reviews is to feature Rihan Nijab and Shireen Quadri.

Publishing Next is produced by the Goa-based CinnamonTeal Design and Publishing, a self-publishing services company founded in 2007. 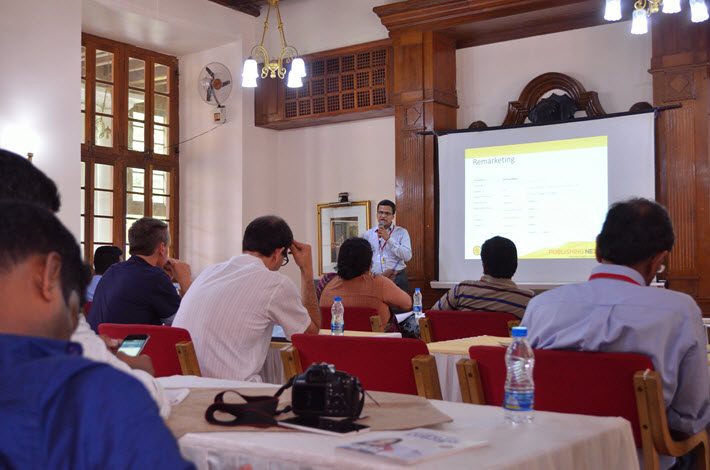 Swapnil Nesarkar, principal consultant at Corona Tech Consulting, leads a workshop on consumer data in the 2016 conference. Image: Publishing Next

More from Publishing Perspectives on India and its market is here, and more on publishing conferences is here.