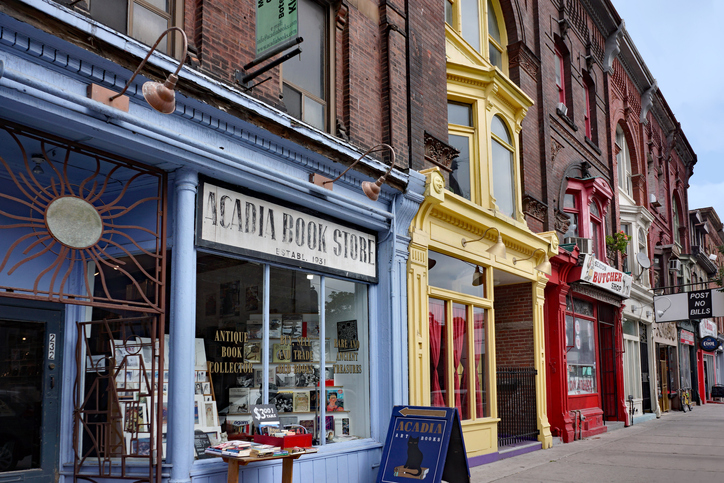 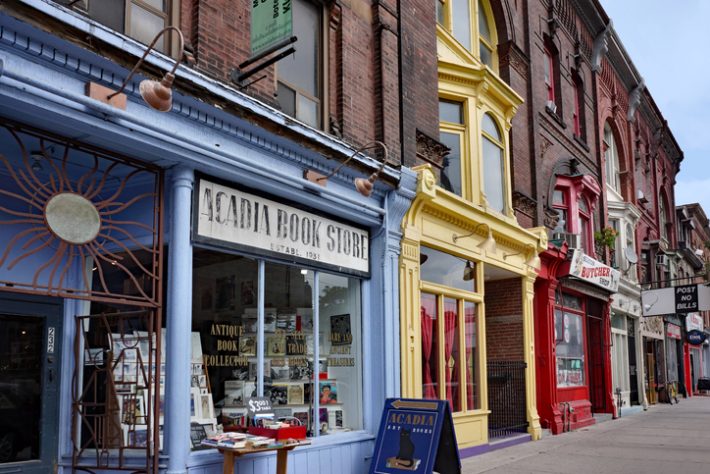 For partisans of print and brick-and-mortar bookstores, the nonprofit industry research agency BookNet Canada has happy news today (September 9) reporting that between 2017 and 2018, 65 percent of independent booksellers surveyed say they saw increased revenue from sales of new print books. 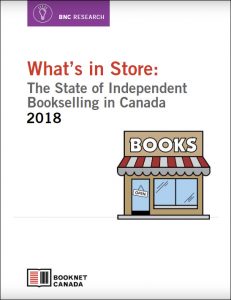 These top-line observations come from a new study from BookNet called What’s in Store: The State of Independent Bookselling in Canada 2018. A first in the Canadian market, the survey also indicates that non-book products—part of the trend in many bookstores to diversify inventory—were responsible for only 16 percent of store merchandise revenue.

It’s worth noting that BookNet Canada focuses its research primarily on the country’s English-language book market. While the report does not specify the exact location surveyed bookstores, 78 percent are either in Ontario or British Columbia, and the report’s conclusions are likely to represent bookselling in English Canada.

“When asked about the time, money, and effort spent on books by Canadian authors or featuring Canadian content,” the BookNet staff writes in its media messaging, “almost nine out of 10 booksellers reported a positive ROI, while 50 percent of those surveyed shared that they increased their Canadian inventory between 1 and 10 percent between 2017 and 2018.”

This is a case in which a report from BookNet is available free of charge, and it can be read online in an Issuu format or downloaded as a PDF here.

Stores surveyed are privately owned, owner-operated, and/or part of a small regional chain. They also have a significant portion of their stores dedicated to the display and/or sale of books. Stores owned by a larger or national chain were excluded.

It’s important to note the size of this first study of its kind: There were 63 responding bookstore companies and—because some have more than one location, of course—the represent 80 locations. So this is not a particularly large sample, and it’s self-selecting. That means there also could be inherent biases based in the type of markets in which the responding stores operate. For example, 43 percent of the respondents are in Ontario and 35 percent are in British Columbia, leading to a possible title toward urban influences and affluence, of course. The survey was conducted online.

More than half the responding companies, in fact, are in urban areas (53 percent), “and more than a third are in a small town or rural area (37 percent), the BooklNet team says. Nine percent of the stores surveyed are in suburban areas. 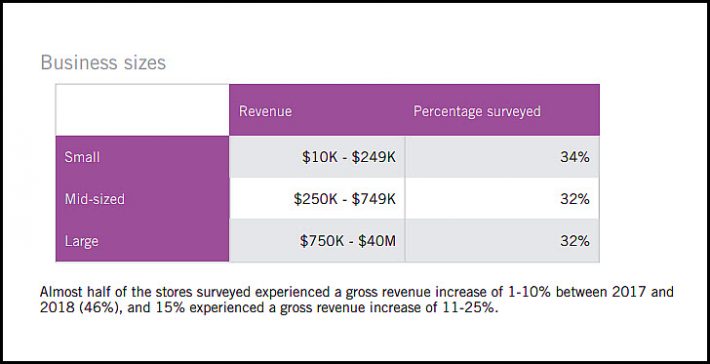 Image: From BookNet Canada’s ‘What’s in Store: The State of Independent Bookselling in Canada 2018’

Here are some bulleted highlights in which we’re quoting from BookNet’s summary.