‘We are operating on cross-cultural terms,’ writes Words Without Borders contributor Casi Dylan in this focus on new writings from Wales.

Back from its break in July, Words Without Borders in its August edition focuses for its first time on Welsh, which is ranked among the endangered “small” languages and is, of course, one of the most visually baffling to English-trained eyes in the world.

There are few children, for example, who don’t love returning from a summer holiday in Wales to confound their little English-bound friends with photos of roadside signs that say llwybr troed—footpath. Their parents will more likely be haunted by the strangeness of Clough Williams-Ellis’ Portmeirion in Gwynedd and the eerie quiet of Yr Wyddfa, Mount Snowdon.

Two of the five authors you’ll find in this issue of Words Without Borders have adapted their own work for film and television. And this issue—which includes three novel excerpts and two short stories—features two tales set in a dystopian future, both of them resonant with Brexitian angst relevant to Wales’ position in the United Kingdom.

In reading the sharply observed introductory article, Reimagined Community, from Casi Dylan–a Scotland-based Welsh-born cultural activities coordinator with the University of Glasgow–you may find it hard not to realize that Wales should somehow be given a way, like Ireland, to remain in Europe if it would like to.

“The relative invisibility of the contemporary Welsh-language scene can feel incongruous to its core readership … the spaces where Welsh-literature happens are, to an extent, different.”Casi Dylan

While the Welsh population in 2017 was logged at some 3.1 million, it’s estimated that only something more than 500,000 of them may be able to speak the language, although one challenge to that number—from a 2019 report from the UK’s National Survey—puts the figure closer to 896,000.

Dylan opens with a fine anecdote–a question of Middle Welsh vs. the contemporary language—which (as with Greek and several other more broadly surviving and evolved languages, is often considered to be something stuck in the time of that ubiquitous red dragon so frequently attached to Welsh imagery. On being asked about Middle Welsh, Dylan writes, “As innocuous a comment as this might seem, it—along with countless incidents like it—has come in my mind to represent the narrow silos where Welsh-language culture is categorized away in the collective imagination.

“If known at all, it is often through a gauze where Wales remains druidic, heroic, romantic. Othered. From here there may well be a jump to a Thomas or two—Dylan, R. S.—but more often than not they appear as lonely figures, separate from the broader, national, crucially bilingual culture of Wales through which they wrote. ‘Despite our speech,’ as R. S. wrote in his 1958 poem ‘Border Blues,’ ‘we are not English.'”

And in discussing the state today of Welsh and its literature, by way of presenting the works she has chosen, Dylan writes:

“The relative invisibility of the contemporary Welsh-language scene can feel incongruous to its core readership, which enjoys a literature of caliber, depth, and ever-increasing diversity. There is no doubt that it is a tightly-knit community of readers, nor that publishing and marketing practices for an audience of half a million or so Welsh speakers operate along different lines from other mass markets: the spaces where Welsh-literature happens are, to an extent, different.  … 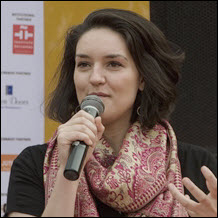 “Literary translation remains crucial to ensuring broader access to Welsh-language writing, but so too do other and, in some senses, profounder acts of cultural reconciliation. For a small nation we are millstoned by many internal borders, the residue of a population which for so long was not equipped with its own unified history and culture.

“There is a charged interplay of literary and nonliterary Welsh, of standardized language and regional difference, which can render even fluent speakers reluctant readers. Increased access to Welsh-language education, both in schools and communities, is absolutely central in this regard.

“There is the perceived divide between the Welsh-language and English-language literatures of Wales, which since the publication of Caradoc Evans’s My People in 1915 have run along parallel, if not oppositional, lines. A subtle shift marks a significant difference between that which is Cymraeg—of the Welsh-language—and that what is Cymreig—of Wales. Increasingly as a community of writers and readers we are operating on much more cross-cultural terms, or as the scholar M. Wynn Thomas puts it, ‘across the cultural divide that has been both the making and the undoing of modern Wales.'”

This is an article worth spending time with, not least for how well it illustrates that in the smallest of settings can be found so many reasons that “it’s complicated,” when it comes to language and its peculiar relationship to identity.

Dylan smartly quotes Jan Morris in her foreword to Wales: Epic Views of a Small Country (1984): “It is a small country, in many ways the archetype of a small country, but its smallness is not petty: on the contrary it is profound, and if its frontiers were ever to be extended, or its nature somehow eased, its personality would lose stature, not gain it.”

Highlights of the August 2019 Edition

The August edition has, as its side focus, a section of new poetry by Tamir Hamut, Li Hao, Xi Wa, and Tsering Woeser that, as editor Susan Harris tells us, “challenges Western notions of religious life in China.” The work includes an extensive interview with renowned activist Woeser and is introduced by Eleanor Goodman. 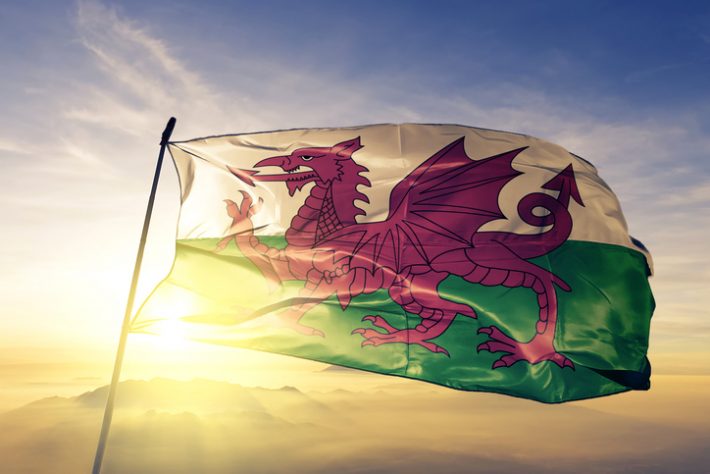 On August 28, Words Without Borders will have a screening of The Miracle of the Little Prince from Pieter van Hustee Films at New York City’s Film Forum, with director, cinematographer Marjoleine Boonstra speaking afterward. In the film, translators of Antoine de Saint-Exupéry’s work into several relatively endangered languages speak about the piece.

Information on tickets is here.

More from Publishing Perspectives on ‘Words Without Borders’ is here, more from us on translation is here.